A carefree toddler slathers herself in lotion before repeating every word of her mom’s telling off in hilariously cute video.

When mom Milan Ward found her 18-month-old daughter Milaya covered in a full bottle of lotion at home in California last Wednesday, she had no choice but to let her know she wasn’t too happy about it.

But while trying to chastise her baby girl about the mess she’s made, Milan doesn’t get anywhere with her funny daughter who repeats every word while continuing to pour lotion.

As she asks Milaya how she’s going to clean the mess up, her daughter just keeps mimicking her saying ‘how, how’.

The young girl repeats one or two words of her mother’s rant from every sentence.

Her mother tells her ‘No more TV’ to which she replies ‘TV’.

Asking ‘Why did you just do that?’ her daughter replies ‘Do that’. 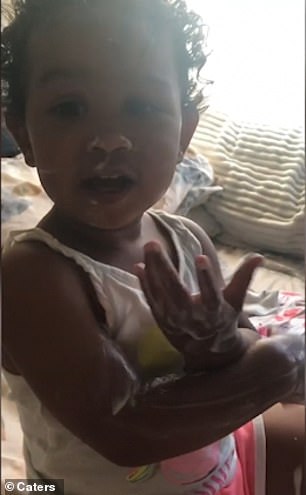 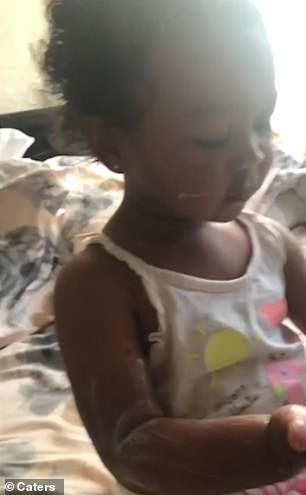 ‘How am I gunna clean it up?’ asks Milan.

Her daughter replies ‘How?’

Mom says: ‘You clean it up. Fix it. No more lotion, look at this.

At the end of the video the adorable girl asks to watch her favorite program. 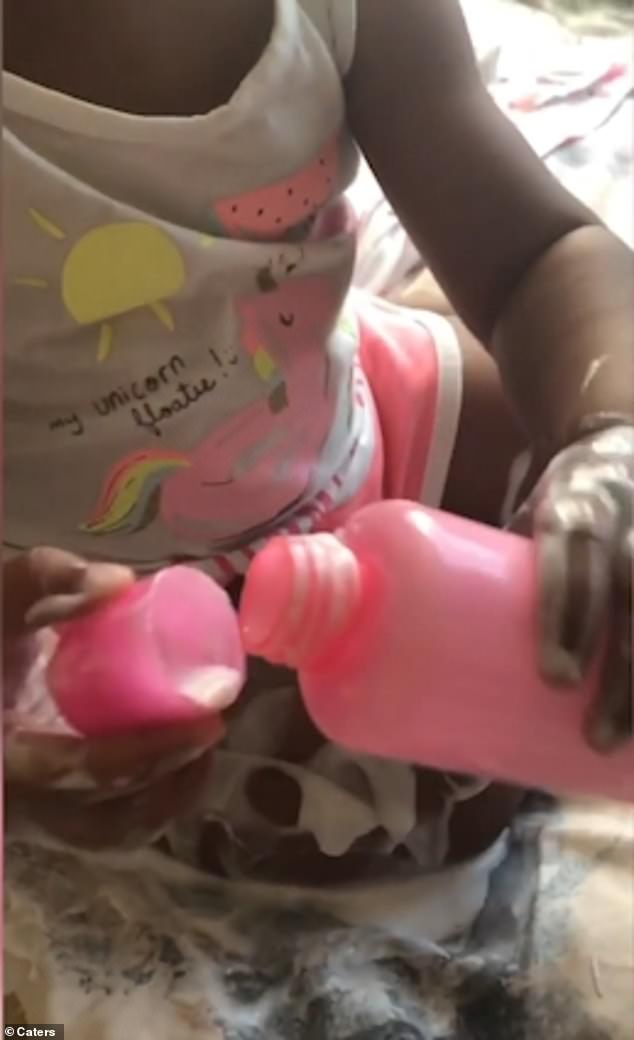 Enough is not enough: Milaya refuses to be told off  by her mother and pours yet more lotion out of the bottle

Toddlers between the age of 12 to 24 months are often heard repeating what is said to them as a way of developing their language skills.

When asked if they would like candy, toddlers will often say the word ‘candy’ instead of replying yes.

This is officially called Echolalia and is a normal part of toddler development.