Lila Nordstrom was a senior at storied Stuyvesant High School in lower Manhattan when “we saw a huge fireball engulf the first tower” of the World Trade Center back in 2001.

Brook Peters was just starting his second day of kindergarten two blocks away.

They’re two of the thousands of children who were at school in lower Manhattan on the day of the Sept. 11 terror attacks, many of whom are now grappling with the fact that they may face life-long, potentially fatal diseases as a result of their proximity to ground zero, much like the first responders.

Both Peters, now 22, and Nordstrom, now 35, are already facing what doctors say are 9/11-related health issues: Nordstrom has been diagnosed with gastroesophageal reflux disease, asthma and a respiratory condition called rhinosinusitis and both she and Peters have been diagnosed with post-traumatic stress disorder. Nordstrom’s case has been certified by the World Trade Center Health Program (WTCHP).

Peters’ mom, Michelle, picked him up from P.S. 150 shortly after the first tower was struck, but they went to ground zero to try to help.

“The walkie-talkies were down… people had to physically run messages to one another,” Peters said of the work his mom — who coordinated fundraisers and other events with the FDNY for years — was doing at the scene. She put him in a firetruck and he felt safe “because I’d always been in firetrucks. I’d taken my first steps in a firehouse.” 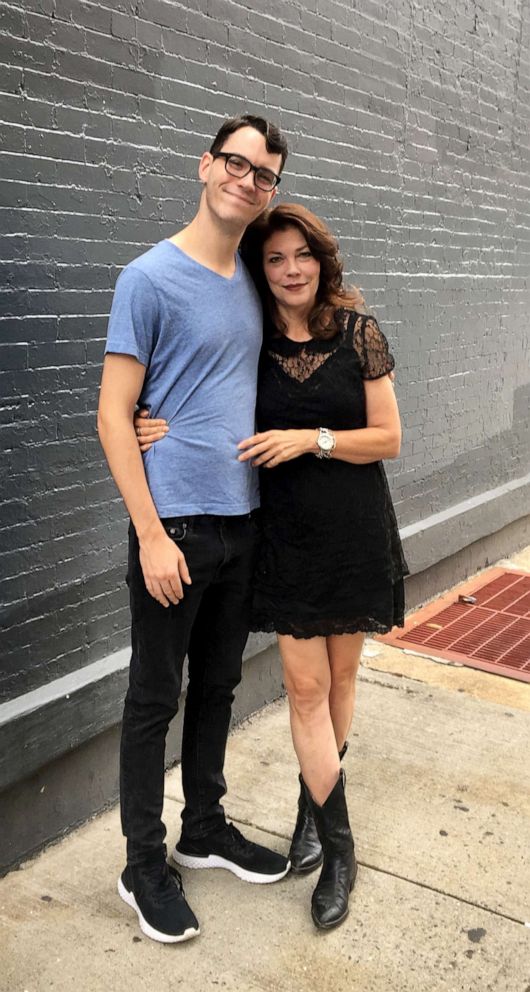 One of the lasting consequences of that day was the guilt he says he felt at not being able to remember which message was intended for whom.

“The guilt I dealt with in therapy [was] ‘who was who and what was what?’” said Peters, who later created a documentary about his experience and that of others who were at school that day.

“The [message] that was always the most resounding personally to me was one that was to me: ‘Grow up be a good man. Take care of your mother but be a good man,'” he told ABC News.

Peters says he evacuated the scene with his mom when the towers started to collapse, running north through the dust cloud.

Nordstrom’s architecture class didn’t immediately evacuate as soon as the first tower was hit. Knowing her history of having childhood asthma, however, Nordstrom “went to the nurse’s office because it was on the other side of the building.” When the school evacuated, she started running.

“I literally turned around and watched as the fire on the second tower disappeared and just started to run because everyone was running,” she said, but noted that “I was asthmatic, so I didn’t get very far.”

She ended up staying with a friend in Queens for the night after the attack, but stressed that “the story of Stuyvesant [High School] is really about the return.”

The students returned to their school, a public high school regularly ranked among the best in the country, just weeks later on Oct. 9, 2001. 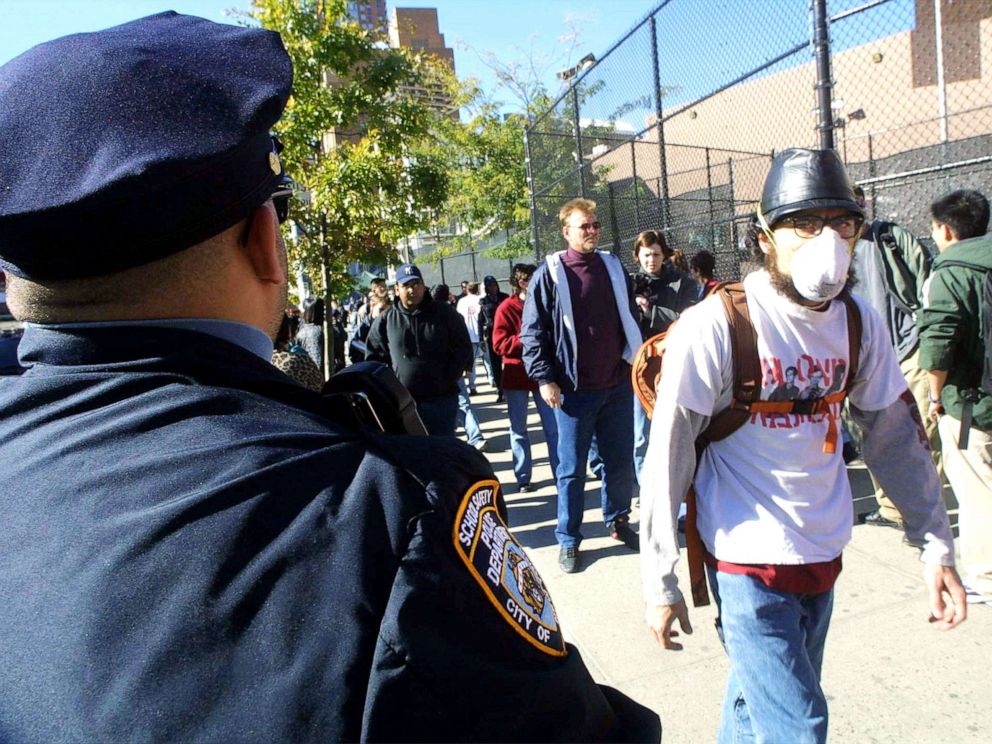 “The city had promised parents that all of these safety precautions had been taken,” said Nordstrom, who also testified to this effect before the House Judiciary Committee in June.

“The vents in our school building were not cleaned out,” she said to ABC News. “The barge where they were taking all the debris from the site was moored right next to our building so they were carting debris past our building all day. The fires down at ground zero which were coating the area with smoke would burn for another three months.”

The school was scrubbed, four environmental tests were conducted and while asbestos was detected in initial tests, it was not subsequently, according to a 2001 report in the New York Times. Still, parents remained concerned about the haze of dust around the school from debris being moved nearby, despite sprinkler trucks wetting the street near the school.

The school was shut down in the summer of 2002 for a comprehensive cleaning after elevated lead levels were found in the ventilation system.

ABC News could not reach a representative at Stuyvesant High School after repeated calls for comment and the New York City Department of Education did not respond to email requests for comment.

Michael Barasch, an attorney based in lower Manhattan, said that much like some of the students, he and his colleagues “all came back to work [and] we were smelling this awful smell and they stayed because they said it was okay.”

“They wanted to reopen Wall Street and they wanted to send a message to our enemies that ‘New Yorkers are resilient and you can’t stop us,’ but boy are we paying the price for that mistake today,” Barasch said.

Barasch said he represents 15,000 clients relating to 9/11. Only 65 of them are young adults who were children in the area at the time of the attack. 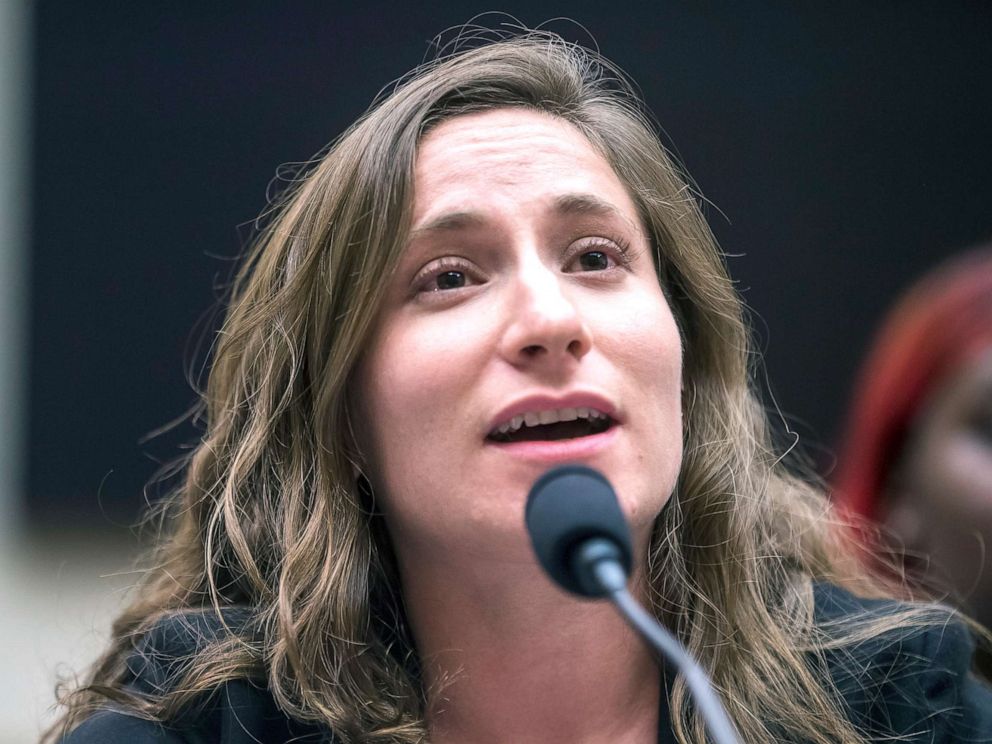 It is unclear how many students who were in lower Manhattan that day have developed a 9/11-related illness or which sicknesses they developed. According to data from the World Trade Center Health Program, which is administered by the Centers for Disease Control and Prevention, the vast majority of the more than 95,000 enrolled in the program are responders (nearly 80%) as opposed to survivors. Of the survivors, 791 are under 35.

Of the program’s 269 certified cases for people under 35, 194 have aerodigestive conditions, 126 have mental health issues and 28 have cancer, all 1% or less of the total, the data shows. The WTCHP provides screening and healthcare to survivors and responders.

In the years since 9/11, there have been reported cases of canceramong former Stuyvesant students.

There were more than a dozen schools south of Canal Street in Manhattan, which is considered the exposure zone for the Victim Compensation Fund — which provides compensation to responders or survivors who are sick or families of those who have died — while the exposure zone for the World Trade Center Health Program extends to everything south of Houston Street in Manhattan several blocks north of Canal Street and parts of Brooklyn, Barasch said. 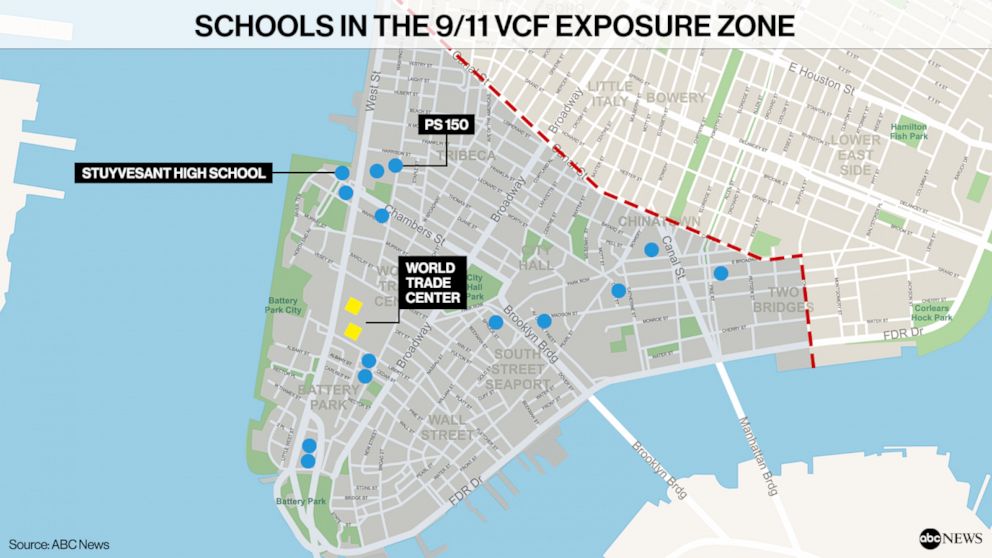 For Nordstrom, the prospect that her health could be impacted didn’t really hit her until NYPD Det. James Zadroga died in 2006. Zadroga was the first NYPD officer whose death was tied to exposure of the toxins at Ground Zero, and the 9/11 Victim Compensation Fund is named after him.

“I was graduating that spring from college and I kind of had this epiphany: ‘Oh, we’re going to get sick. We were there in the same conditions as these guys,’” Nordstrom told ABC News.

Dr. Jacqueline Moline is the director of the Northwell Health Queens World Trade Center Health Program and said that part of the problem in the immediate aftermath was that regulators were testing for certain compounds and not others.

“Because there was such a focus on asbestos and rightfully so… they weren’t paying as much attention to the other toxic Polycyclic Aromatic Hydrocarbons [PAHs] and products of combustion and other things that were in the dust that could lead to health problems down the road and I think that was one of the flaws,” Moline told ABC News.

“Ultimately I think, we’re never going to know because we don’t really know what was in the air,” she said. “There weren’t even measurements of the PAHs in the air until 10 days after.”

Part of the problem now, she said, is that “there’s not good data” on the impacts of the air quality on children whose lungs were still developing. Moline said that diseases that are tied to the air that the children breathed 18 years ago can “absolutely” develop decades after the fact.

In her written testimony to Congress in June during the effort to reauthorize the Victim Compensation Fund, Moline warned that various respiratory diseases in addition to cancers like “leukemia, lymphoma, and multiple myeloma” were found in responders, survivors and school children, and “it is expected that more of these cancers will continue to occur in the future.”

“Nearly 20,000 children attended school below Houston Street on September 11, 2001, and were exposed to the toxic mixture. We do not know what World Trade Center diseases these now-young adults will develop,” Moline said in her testimony.

According to the CDC’s website dedicated to the WTC Health Program, there are more than 100 types of cancers and unspecified cancers that have been tied to 9/11 exposure. But the site also discusses linking childhood childhood cancers to 9/11.

For Nordstrom, that hit close to home.

“I know five people who have or have had lymphoma just among my classmates,” she said. 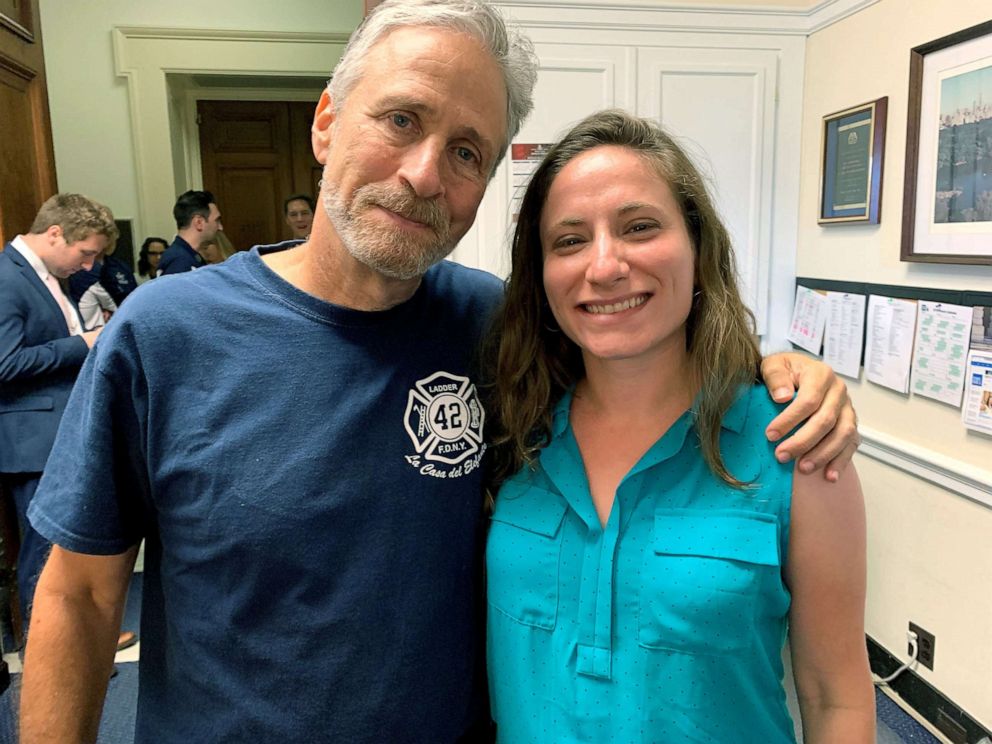 She founded a group called Stuy Health, advocating for students to get access to World Trade Center health benefits and compensation. And Peters may be one such student who signs up.

Peters, who graduated from Emory University in May and has since returned to New York, said that he has not been tested through the WTCHP thinks he has been “lackadaisical and not wanting to know,” in spite of earlier PTSD diagnoses.

“A lot of youth and a lot of people even younger than me can still see the extent of the illnesses in the coming years,” he said. “We still have our full lives to see the full extent of what might happen.”

Hillary Clinton Rips Into Bernie Sanders & ‘Bernie Bros’ After Elizabeth Warren Attack: ‘Nobody Likes Him’
Recent Posts
We and our partners use cookies on this site to improve our service, perform analytics, personalize advertising, measure advertising performance, and remember website preferences.Ok