Behind the glossy allure of Bombshell‘s A-list cast—which revolves around the trifecta that is Nicole Kidman, Charlize Theron, and Margot Robbie—lies the true story of the fall of Roger Ailes, the former Fox News chief executive and chairman who left the network in 2016 after anchor Gretchen Carlson sued him for sexual harassment and multiple women later came forward with similar allegations.

Although the premise of the film feels painfully relevant in a post-#MeToo world, the events onscreen actually began in 2015, a year before the last presidential election and two years before the Weinstein scandal broke. Here’s what to know about the real moments that inspired Bombshell.

Roger Ailes may be at the center of the film, but another man surrounded by sexual misconduct allegations looms: Donald Trump. Kelly, then a host at Fox News, held the then-presidential hopeful accountable for his very public displays of sexism and treatment of women at the first Republican debate. “You’ve called women you don’t like, ‘fat pigs,’ ‘dogs,’ slobs, and disgusting animals,” she told Trump, to which he responded, “Only Rosie O’Donnell,” according to Time.

In Bombshell’s series of events, Kelly falls ill the morning of the debate scene after her coffee gets poisoned, but whether that happened in real-life is unclear. Kelly maintained via tweet that she had actually “contracted a stomach virus.” 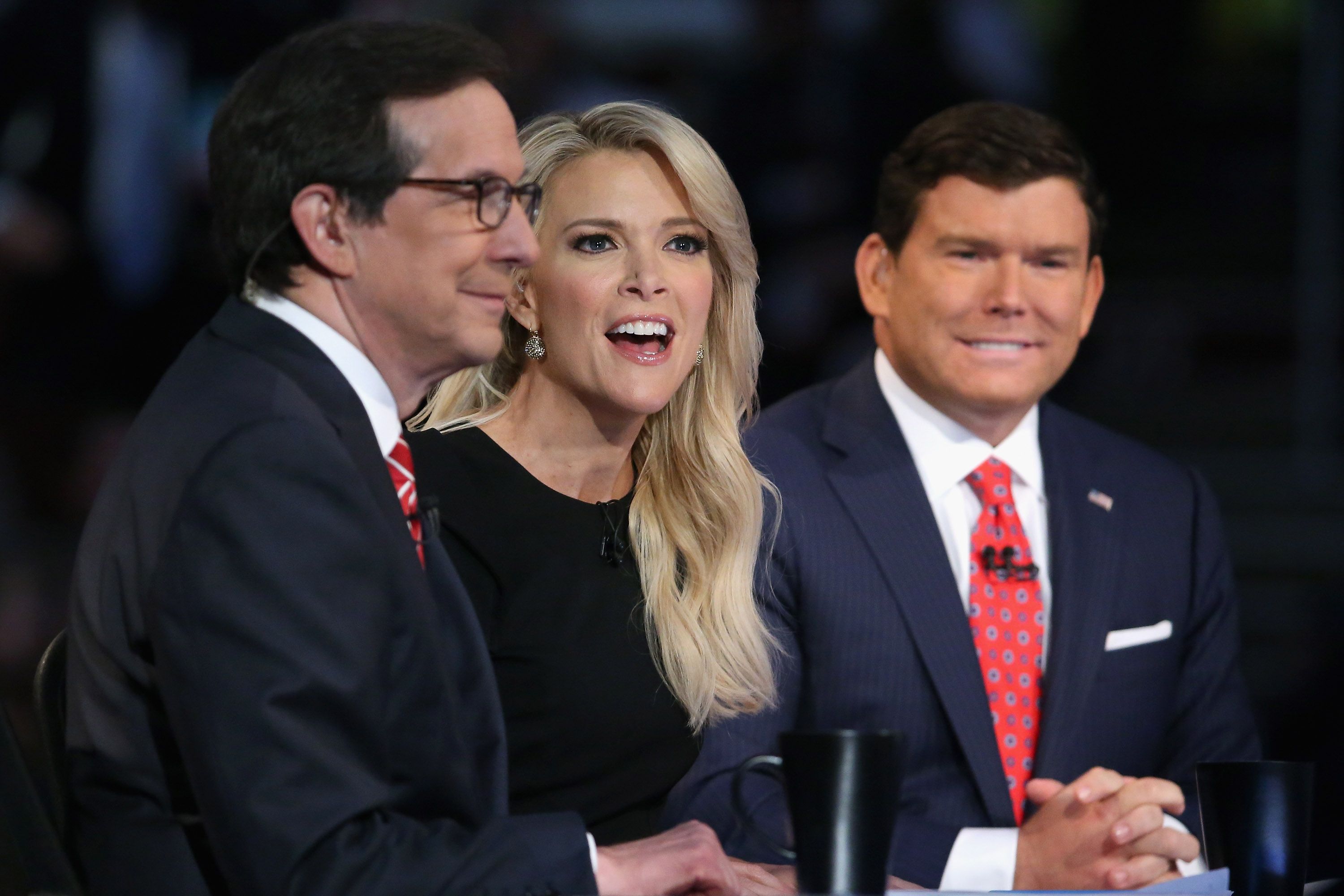 In the aftermath of the debate, Trump disparaged Kelly for being tough on him. He retweeted a user who called her a “bimbo” (though in January 2016, he tweeted that he wouldn’t personally call her that word because it “would not be politically correct”) and continued to speak out on CNN. He said of Kelly, “You could see there was blood coming out of her eyes, blood coming out of her wherever.” The now-president came under fire for the seemingly menstrual comment, but he tried to justify the remark by tweeting that he meant to say blood was coming out of Kelly’s “nose.”

In late August, as Trump’s criticisms of Kelly continued, Roger Ailes defended the news anchor, calling her performance at the debate “tough but fair,” according to The Washington Post. After nine months of feuding, Trump did sit down with Kelly for a one-on-one interview where they addressed tensions from that first debate and his online jabs at her.

Carlson parted ways with the network after 11 years after her contract expired. Formerly a co-host of the Fox & Friends morning show, Carlson was later reassigned to the daytime program, The Real Story With Gretchen Carlson. Airing at 2 p.m. daily, the show was consistently the most popular program in its slot, but was Fox’s lowest-rated daytime series. Carlson anchored the show until she left the network, The New York Times reported. 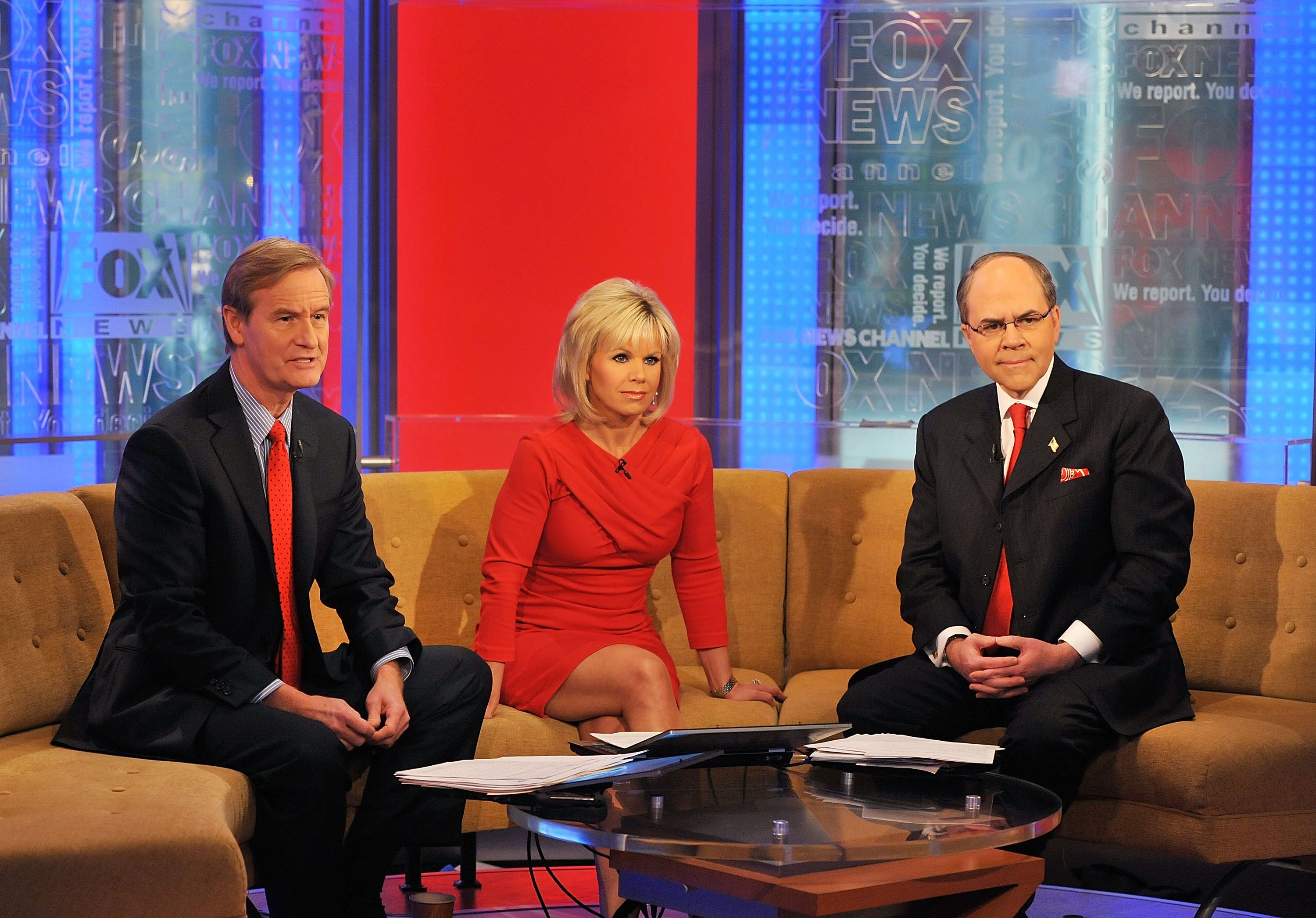 The former Miss America sued Ailes weeks after she left Fox, saying he “unlawfully retaliated” against her and dropped her after her contract’s end because she “refused his sexual advances and complained about severe and pervasive sexual harassment,” according to The Washington Post.

Carlson alleged that when she brought her complaints to Ailes the previous September, he told her, “I think you and I should have had a sexual relationship a long time ago and then you’d be good and better and I’d be good and better.” Ailes shut down the claims as “not only offensive, it is wholly without merit,” and said the anchor was fired over low ratings.

Carlson also alleged that there was a culture of sexism at the network, adding that her Fox & Friends co-host Steve Doocy “engaged in a pattern of severe and pervasive mistreatment” against her, including one time when he tried to “shush” her on air.

Fox responded to the lawsuit in a statement, saying, “The Company has seen the allegations against Mr. Ailes and Mr. Doocy. We take these matters seriously. While we have full confidence in Mr. Ailes and Mr. Doocy, who have served the company brilliantly for over two decades, we have commenced an internal review of the matter.” 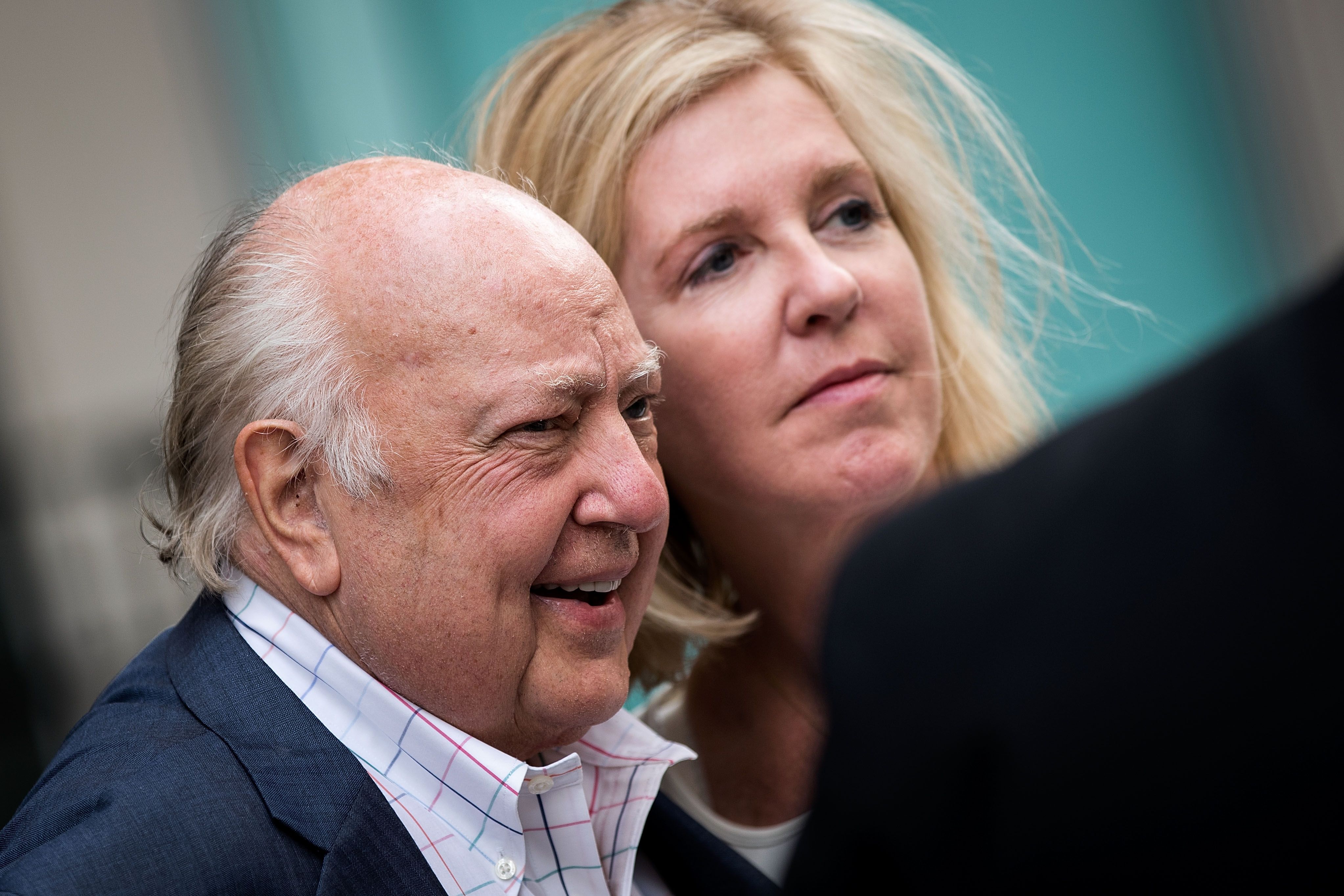 On July 19, writer Gabriel Sherman reported for New York Mag’s Intelligencer that Megyn Kelly, who had remained publicly silent about Ailes after the allegations, told investigators that the Fox News chief sexually harassed her about ten years prior, during her earlier years at the network, according to two sources with knowledge of the probe.

The following day, The New York Times also reported that Kelly had cooperated with investigators and told them that Ailes had “acted improperly” with her. At this point, the NYT reported that at least six other women, including Kelly, had provided statements accusing Ailes of “inappropriate behavior.” The day after, the paper reported that the number went up to around 10.

21st Century Fox owner Rupert Murdoch personally delivered news of Ailes’s ousting in the newsroom of Fox News’s Manhattan headquarters, The New York Times reported. Ailes would no longer serve as chairman and chief executive of Fox News; Murdoch would take over in the meantime. Ailes walked with $40 million as part of his settlement agreement, which equated to the compensation for the rest of his contract, the Times reported, citing sources close to the dealings. The former Fox boss would still be able to advise Murdoch after his exit. 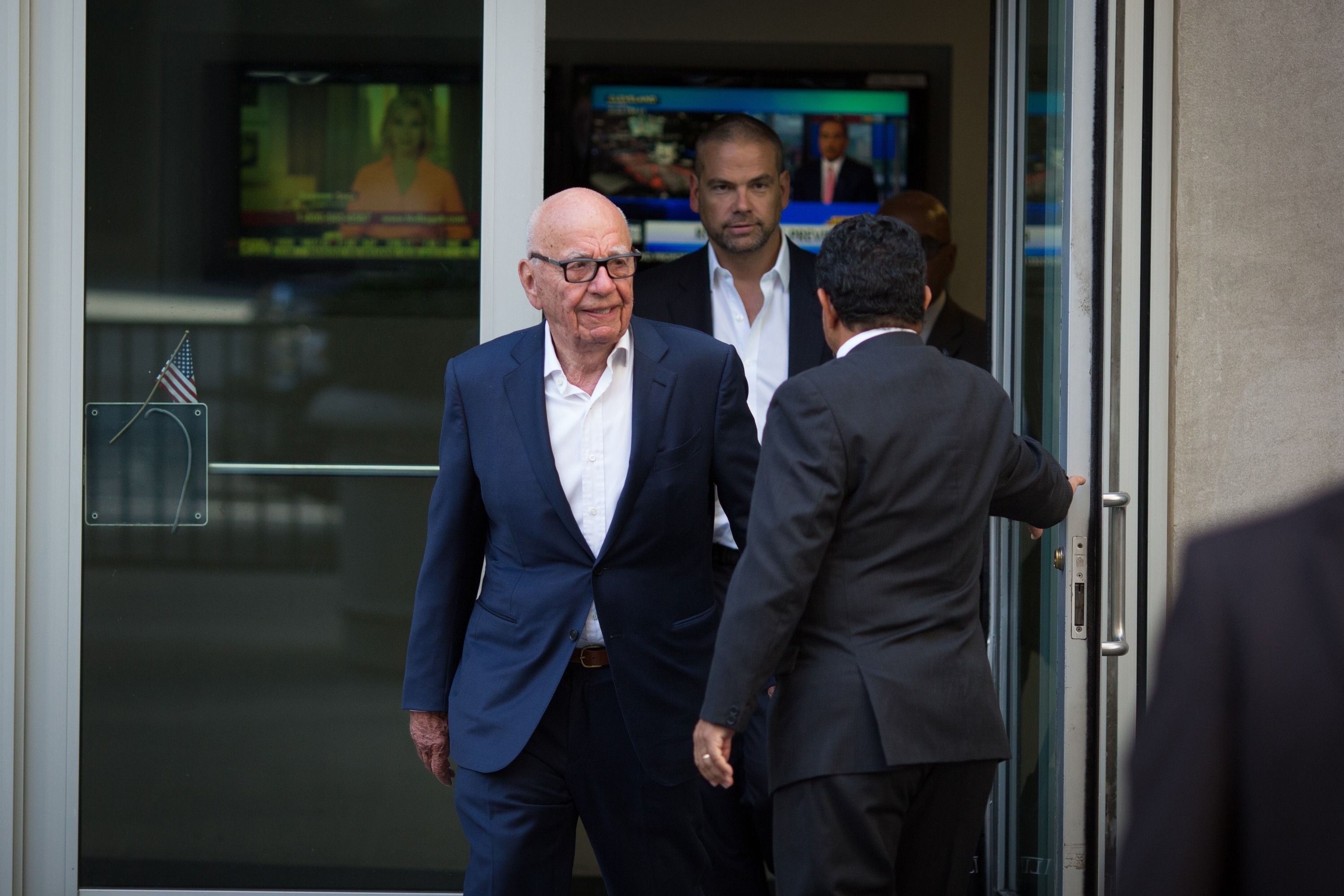 Guilfoyle, another longtime Fox Talent (portrayed by Bree Condon in Bombshell), unexpectedly left Fox News, which was announced on July 20, to join a pro-Donald Trump super PAC, Huffington Post reported days later. Although the network never gave reason for Guilfoyle’s leaving, multiple sources told HuffPost that her exit came after “a human resources investigation into allegations of inappropriate behavior including sexual misconduct, and that her lawyers had been involved since the spring.”

Guilfoyle’s attorney hit back at the accusations in a statement, saying they were “unequivocally baseless and have been viciously made by disgruntled and self-interested employees.” 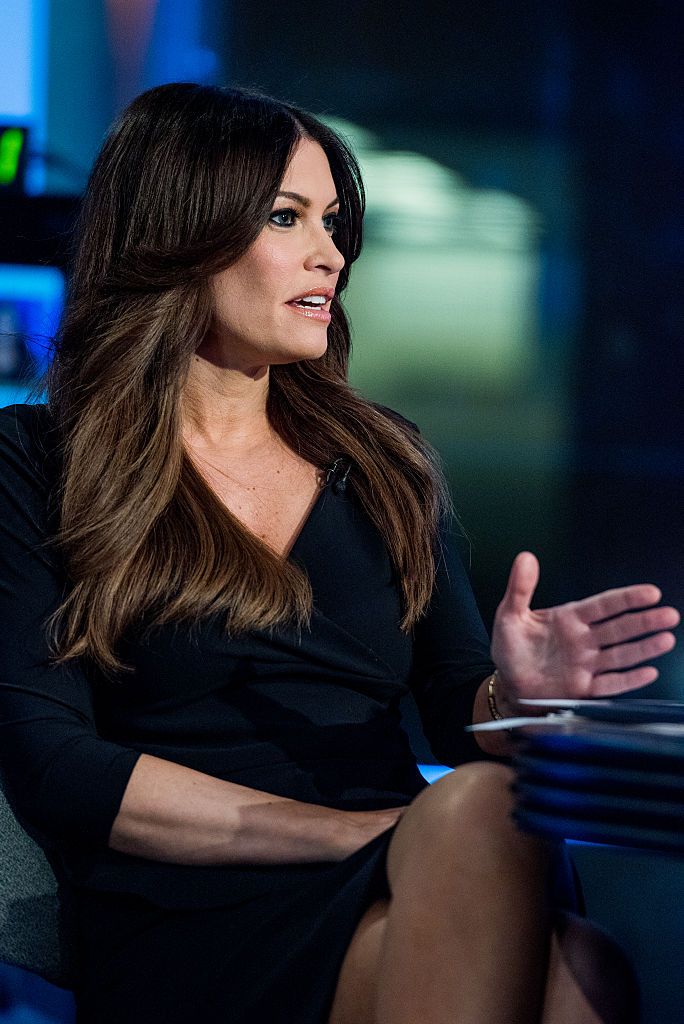 Fox News’s parent company, 21st Century Fox, paid Carlson $20 million to settle her sexual harassment lawsuit towards Ailes, but the accused network chief himself didn’t pay any of the settlement, it all came from the network, per The New York Times. Carlson’s settlement turned out to be “among the largest-known settlements for a single-plaintiff sexual harassment suit,” according to the Times.

Fox also issued a rare apology to Carlson, saying she “was not treated with the respect and dignity that she and all of our colleagues deserve.” The company also settled with at least two women who came forward regarding Ailes, the Times reported.

In a recent op-ed for The New York Times, Carlson stated that despite her settlement, she still to this day cannot freely discuss her time at Fox because she signed a non-disclosure agreement, which she now regrets.

News outlets reported that in Kelly’s yet-to-be-released book, Settle for More, she accused Ailes of sexually harassing her, saying the Fox News boss offered to propel her career at the network “in exchange for sexual favors” early in her career. A source at Fox confirmed to L.A. Times at the time that such details were in the book, and that Kelly contributed the details to the network’s investigation on Ailes.

RadarOnline first reported the details from Kelly’s book. The journalist said Ailes allegedly began harassing her in 2005, regularly calling her into his office for conversations that were either contained “obviously inappropriate sexually charged comments” or “legitimate professional advice,“ per the L.A. Times. Kelly said she rejected all of Ailes’s requests, and the harassment ended after six months.

Through a statement from his lawyer, Ailes denied “allegations of sexual harassment or misconduct of any kind.” 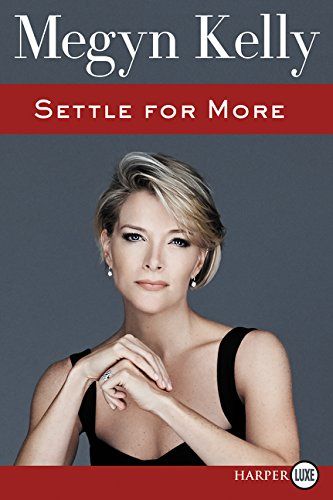 Kelly left Fox after 12 years with the network (and after her contract expired) for a new role at NBC, including a daytime talk show and a Sunday newsmagazine show, The New York Times reported then. The host’s exit was initially announced through statements from the networks, but Kelly later addressed her leaving in an appearance on The Ellen DeGeneres Show in September 2017.

“Donald Trump has a way of clarifying one’s life choices,” she said, half-jokingly, on why she left her primetime cable news post at Fox. “Just as I was sort of wondering if this was where I wanted to be and how I wanted to live, the universe came and shone a light, and it was clear to me what I wanted to do.”

Months after his scandal and firing at Fox, Ailes passed away at the age of 77, his wife, Elizabeth Ailes, announced in a statement. A medical examiner report confirmed that the cause of his death was “complications of a subdural hematoma after he fell at home injuring his head.” Hemophilia, a condition where blood doesn’t clot normally, also contributed to his death, according to the report, per Variety.

Nick Cordero’s GoFundMe Raises More Than $860K for His Family
Recent Posts
We and our partners use cookies on this site to improve our service, perform analytics, personalize advertising, measure advertising performance, and remember website preferences.Ok