RMT’s general secretary Mick Lynch was put on the spot by Adil Ray on Thursday’s instalment of Good Morning Britain. Mr Lynch is leading three days of rail strikes which have been causing travel disruption across the nation. As the unionist hit out about rail workers not getting an “adequate” pay rise offer, Adil demanded to know whether their pay rises have been 25 percent higher than other public sector workers.

As Mr Lynch voiced his frustrations over RMT members not getting an adequate payrise offer, Adil interrupted him.

The Good Morning Britain presenter said: “We do have to give the department’s response over the claim members have not had a pay rise for two to three years.

“They say public sector workers’ pay was subject to a pay freeze during the pandemic.

“Unlike other public sector workers, railway workers have been seeing above-average pay increases over the past decade by approximately 25 percent – is that correct?” 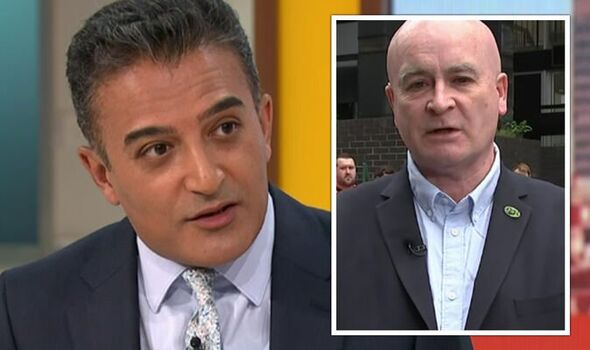 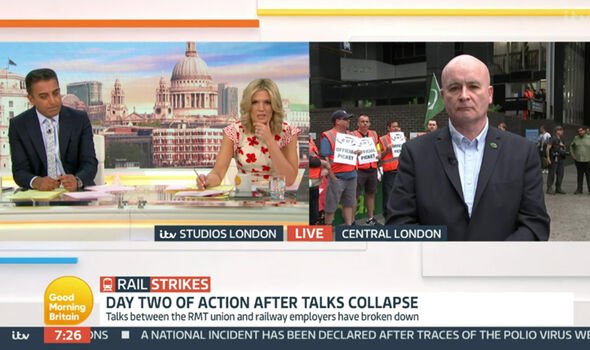 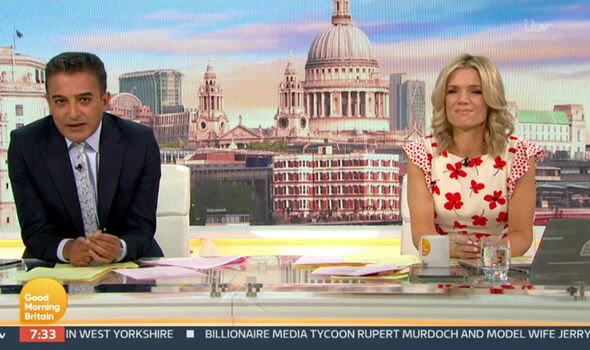 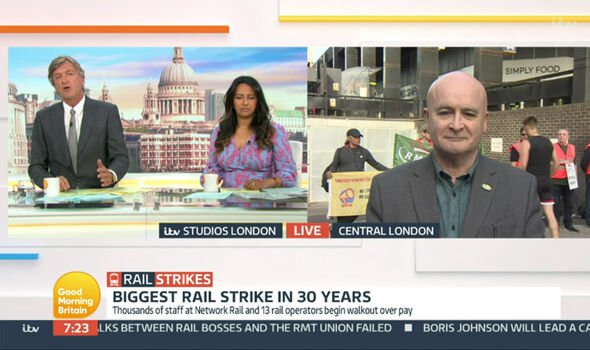