If you go down the list of co-hosts who left The View, you notice they all had a few things in common. For starters, every one was either forced out or fired. Second, there was a always a cover story for each departure that purposely obscured the truth.

Things were different for the show’s moderators, however. Meredith Vieira, the first on the job, left for a gig at Today in 2006. After Rosie O’Donnell’s eventful 2006-07, Barbara Walters threatened to sink the show if Rosie’s contract was renewed.

Next came Whoopi Goldberg, who has run the show since taking the moderator job in 2007. After a few years on the job, Barbara was positively enamored with Whoopi (and audiences were, too).

However, after Rosie’s disastrous second run on The View, Whoopi considered leaving the show she’d assumed leadership of after Barbara’s retirement — and few would have blamed her if she had. But she had reasons to stay.

Whoopi hadn’t expected such a quick flame-out at ‘The View.’ 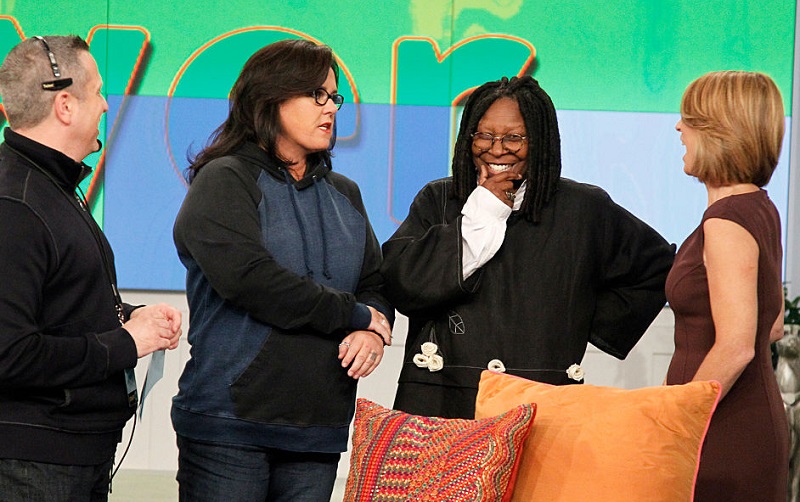 While it eventually became clear Rosie’s second coming would go very wrong, Whoopi seemed to have no idea the show could flame out so fast. In Barbara’s last season (2013-14), the addition of Jenny McCarthy led to the show losing its political identity. It turned out to be a terrible call.

Rosie’s toxicity presented another reason for viewers to flip the channel. Whoopi couldn’t have predicted the show would go from must-see circa 2011 to a complete mess by 2014. But that was the situation she encountered.

At the time, Whoopi simply didn’t have another gig lined up. According to Ramin Setoodeh’s Ladies Who Punch (the essential View chronicle), Whoopi decided to downsize to four days a week and keep her options open after Rosie departed.

With Fridays off, she had the opportunity to pursue other projects should the show die. In the meantime, she’d pocket her $4 million salary — effectively, a million bucks per day.

Whoopi found a renewed purpose at the show following the ’16 election. 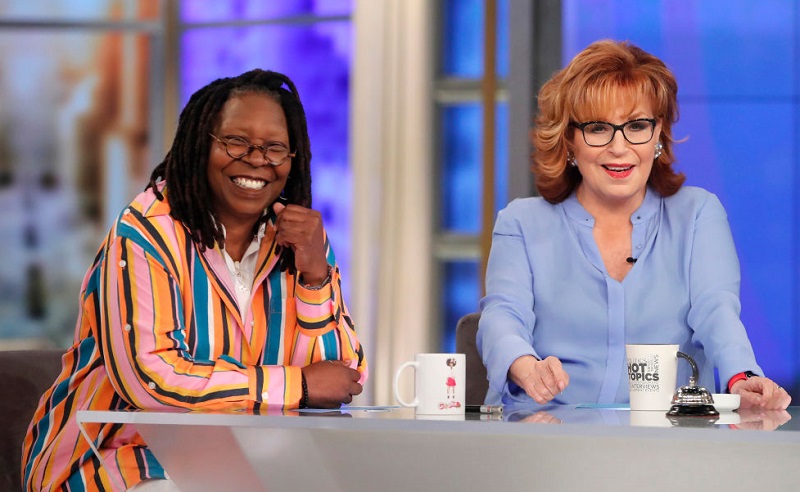 Following the 2016 election, things shifted again at The View. The show returned to relevance with Trump headed to the White House and the #MeToo movement afoot. Important conversations took place on the show every day, and viewers tuned in to watch and listen.

The return of Joy Behar the previous year didn’t hurt, and a new Republican foil (Meghan McCain) gave most viewers another Elisabeth Hasselbeck to side against. Most of all, people wanted to hear what Whoopi thought of the situation.

When she considered departing prior to the 2017 season, Whoopi’s daughter Alex convinced her to stay aboard and “be a part of this conversation.” That likely was a factor in her staying through the 2018-19 season as well.

Looking ahead, no one can be certain if Whoopi will stay on as moderator through 2020. If fans and her daughter get their wish, there will be at least a few more years of Whoopi — and thus The View — still to come.

See also: Why Rosie O’Donnell Compared ‘The View’ to the Trump Administration