FBI: International pulled out all the stops for its season one finale back in May. The episode saw Europol agent Katrin Jaeger, played by Christiane Paul, land a promotion overseas, but it wasn’t made clear whether we would see her back with the Fly Team for season two.

MORE: Could NCIS star Pauley Perrette be returning for season 20?

However, it’s now been confirmed that Christiane is officially bowing out of the series for good after just one year on the FBI spinoff show. But why has she left and who is replacing her?

WATCH: Are you a fan of the FBI franchise?

Christiane has yet to speak out about her exit so it remains unclear as to why she has made the decision to leave the show. However, according to Deadline, there is the chance that Katrin could pop back in as a guest star in the future, although there are currently no plans set yet.

MORE: Chicago Fire, The Rookie and Grey’s Anatomy: What shows have the networks renewed or canceled?

MORE: Law & Order has major crossover episode with spinoff shows planned – and fans will be thrilled

Given the fact that the door has been left open for her return in the future, it seems that she’s leaving on good terms. It’s safe to assume that the 48-year-old actress was just ready to move on from the series and explore other opportunities. 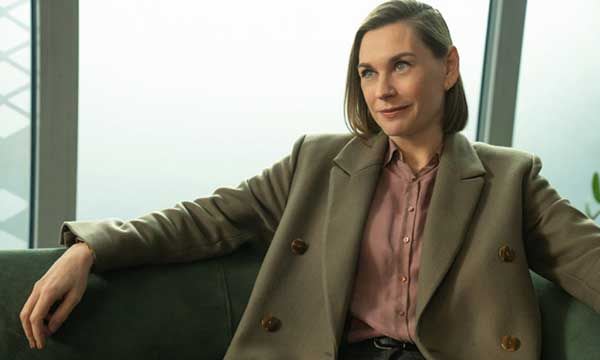 Meanwhile, it has been revealed that Eva-Jane Willis will be stepping into Christiane’s shoes as a new Europol agent named Megan “Smitty” Garretson, who is described as a “street-wise Europol agent with an extensive undercover background who is embedded with The Fly Team and liaises with each host country they inhabit.”

MORE: The reason why Matthew Gray Gubler will not be returning to Criminal Minds revealed

She will join stars Luke Kleintank, Heida Reed, Carter Redwood and Vinessa Vidotto when FBI: International returns to screens on Tuesday 20 September at 9 pm ET/PT as part of All-FBI Tuesdays on CBS with sister shows FBI and FBI: Most Wanted.