Fans of Friends have been waiting years for the comedy-drama to return in some format and today, Thursday, May 27, the cast were reunited for a one-off special. The One Where They Get Back Together sees the main six actors reminiscing about the time filming the show and talking about some of their favourite episodes. One of which led to a question which hadn’t been explained during the show itself.

What was Chandler Bing’s job?

Actress Courteney Cox explained on Friends: The Reunion how one of her favourite episodes to film was The Ones with the Embryos.

Cox said: “I love the Thanksgiving ones but I also love the one where we lost the apartment, the quiz.

“That quiz was really fun and really devastating.”

Taking fans back to the moment itself, the cast gathered in the apartment once more to take a quiz of their own but this time about the show. 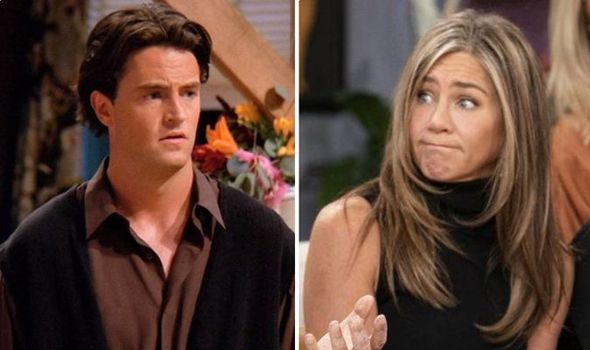 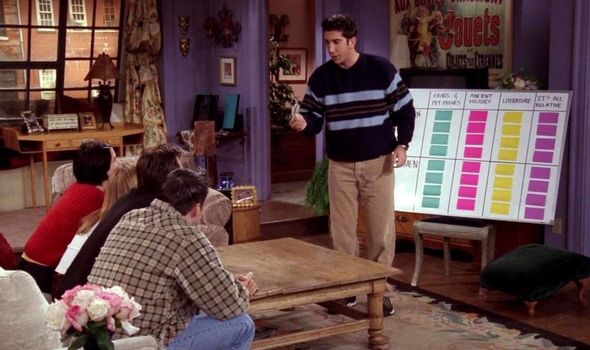 From identifying Joey’s hand twin to guessing the number of pages Rachel’s letter to Ross was, it was a chance for the cast as well as the fans to play along.

But like in the original episode, everyone was left stumped by the question asked by Richard actor Tom Selleck: “What was Chandler Bing’s job?”

This question was in the quick fire round of the competition which Monica and Rachel needed to answer to win the game.

Unfortunately, Rachel said “transponster” which meant they lost their apartment. 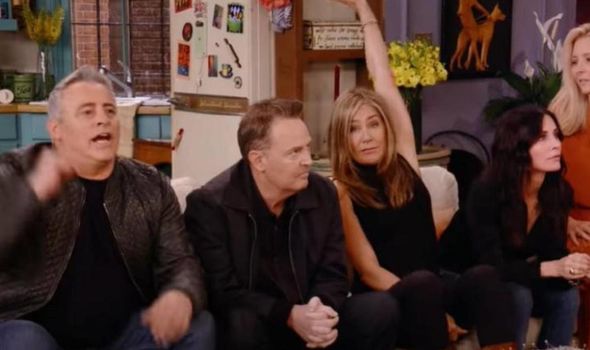 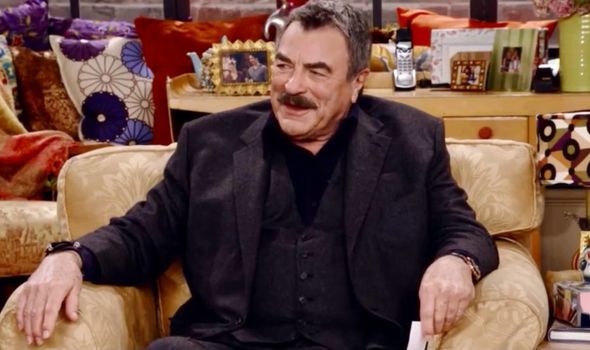 In the reunion episode, actress Cox explains: “That’s when I said ‘that’s not even a word!’ and we lost.”

Actor Perry is seen putting his head in his hands at the question.

But when Selleck was asked to reveal the truth about what Chandler did for a living, he simply replied: “Here’s the answer. Nobody knows really.”

However, it is explained later on in the series what Chandler’s job was.

After being forced to go to Tulsa for work on Christmas Day, Chandler had enough and decided to quit.

At the end of the episode, he is seen talking with Monica about finding a new job.

She then says how he needed to try and adapt his skills of “statistical analysis and date reconfiguration” for whatever he wanted to do next.

Much to his frustration, Chandler replies: “I quit and you learn what I do?”

Friends: The Reunion is the first time Jennifer Aniston, Courteney Cox, Lisa Kudrow, Matthew Perry, David Schimmer and Matt LeBlanc have all been in the same room together for 17 years.

But during the episode, they insisted on having been regularly in touch with one another throughout this time.

Several members of the cast go on to describe themselves as a “family” leaving viewers emotional.

Friends: The Reunion is available to watch on NOW and Sky One at 8pm tonight, Thursday, May 27.