This is the Marvel series’ biggest bombshell yet 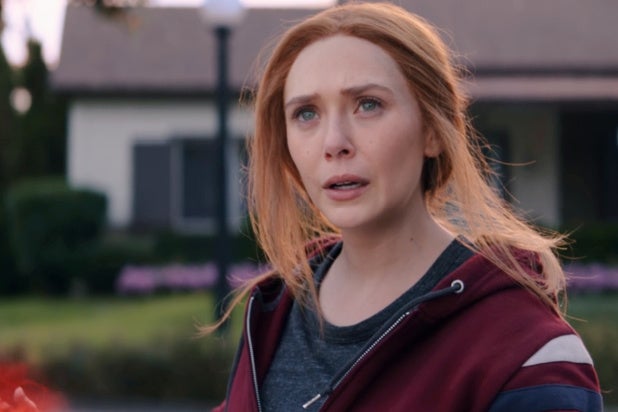 (We’ve got major spoilers below for the eighth episode of the Marvel series “WandaVision,” “Previously On”)

We’re very close to the end of “WandaVision” now, and the first Marvel series on Disney+ just keeps on with its big reveals. We got a few of those this week — perhaps the biggest of which came from the look into Wanda’s past.

In the episode, Agatha (Kathryn Hahn) seemingly probes Wanda’s (Elizabeth Olsen) mind in order to try to figure out what her whole deal is. And so we get a closer look at Wanda’s origin story that doesn’t quite fit with what we’d previously been told about her.

Wanda got her proper introduction to the Marvel Cinematic Universe in “Avengers: Age of Ultron.” She and her brother Pietro had joined up with Hydra for experiments with Loki’s scepter, which at the time secretly contained the Infinity Stone known as the Mind Stone. The story went that the stone gave Wanda her crazy mind powers, and Pietro got super speed.

The twins joined Hydra because when they were kids their apartment was bombed using weapons made by Stark Industries. Wanda and Pietro told Ultron about this back in the day — they described how they hid in their apartment for two days watching an intact Stark bomb sit in the middle of their living room, on top of their parents’ corpses, as they waited for it to go off. It never did.

The “WandaVision” version of the story goes a bit differently. First, Wanda already had her powers. Because she was born with them. The Stark bomb in their apartment never exploded because Wanda prevented it by altering the probability that it would explode. Basically, she changed the very fabric of reality to keep herself and her brother safe.

What the Mind Stone served to do,according to “WandaVision,” was the amp up her abilities. She was always powerful, but it seems that the Stone unlocked her potential. Or, maybe, it taught her how to use those powers. Remember, the Infinity Stones are actually sentient — the Mind Stone was actually part of Vision’s mind, not just a source of power.

Whatever the mechanics of Wanda’s interaction with the Mind Stone really were — I doubt they’ll ever really get into that sort of minutiae — the key thing here is just that Wanda did not gain her power from the Mind Stone. She seems to have had her abilities innately.

This is huge. No fully human superhero in the MCU has thus far been born with powers. They were all born normal, and then turned into superheroes later. This detail has always been weird with Wanda, because in the comics she and her brother were introduced as the mutant children of Magneto.

But Wanda was brought into the MCU back when Disney didn’t have the rights to make movies about mutants — those belonged to Fox, which had its “X-Men” movies. But now Disney and Fox have merged, and the MCU can finally have mutants.

So it certainly looks like, with this retcon of Wanda’s backstory, the MCU could now have its first mutant. But there are still so many unknowns here — including a big comic book retcon from a few years ago that reclassified Wanda as a sorceress, and not a mutant.

Wanda was introduced in the comics way back in 1964 as a mutant, but she was always also a sorceress. As in, her mutant powers and her magic powers are distinct. In a 2016 run of “Scarlet Witch” Marvel changed things up pretty dramatically by revealing that she actually was only a sorceress, and not a mutant.

That doesn’t mean that the MCU will go that direction. But it could very well be that the screen version of Wanda both had her powers before she met the Mind Stone, and also isn’t a mutant. That seems slightly more likely at this moment what with both Agatha and Wanda making use of Chaos magic for their power. As the name implies, Chaos magic is not a mutant power.

It doesn’t seem likely that “WandaVision” will explore that potential distinction in next week’s finale episode. This week’s episode was, after all, the lore dump that should clear the way for the conclusion of main story threads on the show.

While I have no doubt we still have some more big twists in store — we still know pretty much nothing about Pietro, for one thing — it’ll probably focus more on closing out arcs than getting into totally new things.