Victoria Justice is taking on her most mature role yet in the drama Trust, and ET can exclusively debut the trailer. “It’ll give my audience the chance to see a different side of me,” Justice tells ET. For starters, “[It’s the] first time I’m playing a married woman.”

And thus, the first time she’s playing a woman facing extramarital temptation. Justice stars as Brooke, a New York art gallery owner who appears to be in wedded bliss with her newscaster husband, Owen (Matthew Daddario). “This movie is kind of a romantic whodunit, but not in a murder mystery kind of way, but in an infidelity kind of way,” says the actress.

The arrival of two seductive strangers (Lucien Laviscount and Katherine McNamara, marking a Shadowhunters reunion with Daddario) leads to trips to Paris and plenty of sexy twists and turns. From director Brian DeCubellis based on Kristen Lazarian’s play, Trust forces Brooke and Owen to question everything they thought they knew about fidelity, jealousy and how much they trust each other. Watch the trailer above.

“The subject matter is juicy and will have people talking for sure. It’ll have people guessing, did she or didn’t she? Or did he or didn’t he? Some of these questions will be answered when you finish the film, others will start conversations,” Justice says. “It’s something I feel a lot of people can relate to, and it’s cool to see it explored in a movie with a couple that seem so happy.”

Trust is in select theaters and on demand on March 12. 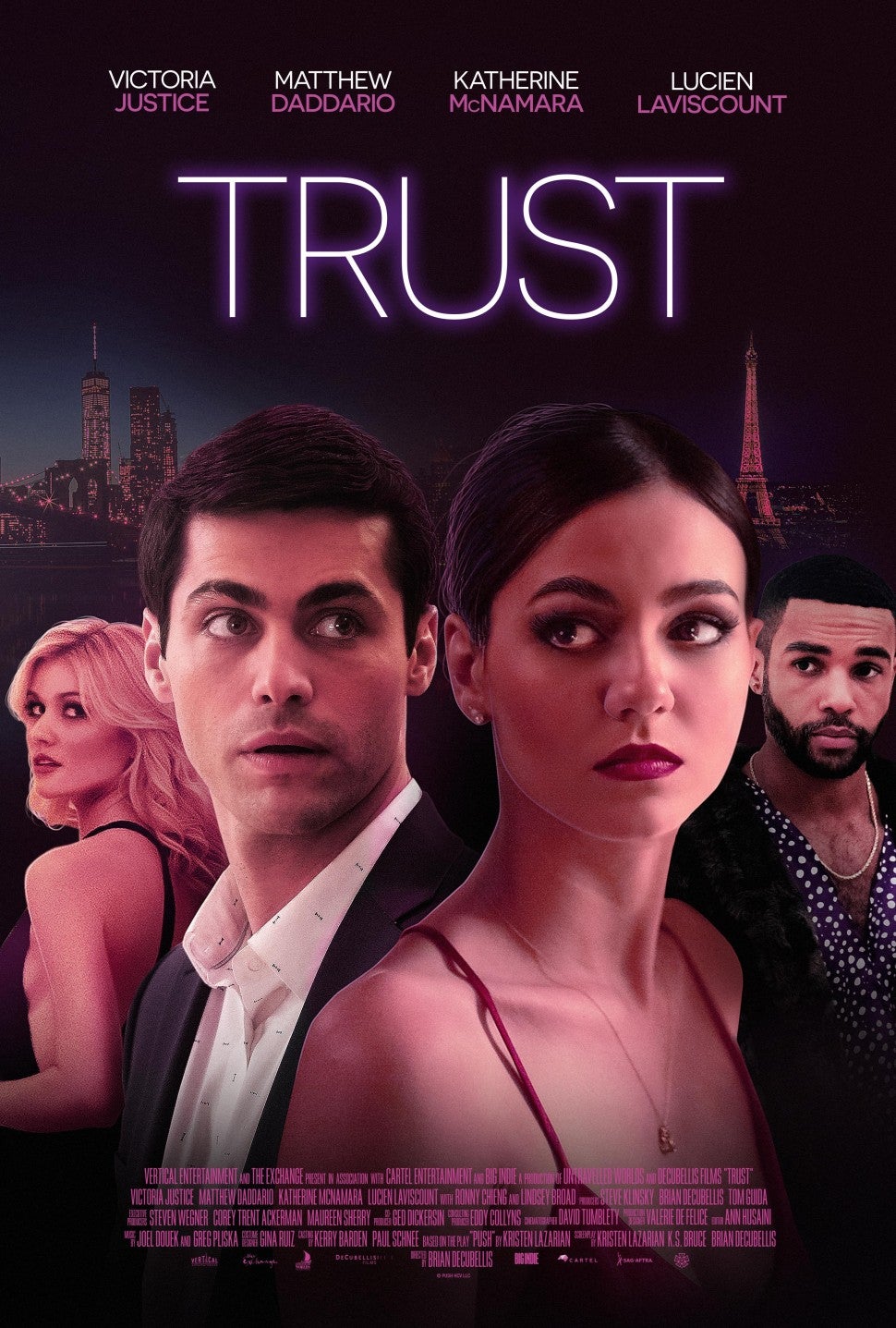