Sometimes, it’s possible for a TV series’ greatest strength to also be the source of its greatest shortcoming. It’s a paradox not readily apparent in “Us,” based on David Nicholls’ book of the same name and the latest presentation of PBS’ long-running “Masterpiece.” At the outset, the show offers up a surprisingly blunt telling of a familiar story. Over the course of a morning, Connie (Saskia Reeves) informs her husband Douglas (Tom Hollander) that she’s decided to leave him.

In the face of this monumental shift in their family, Douglas ultimately pushes for the two of them and their son Albie (Tom Taylor) to follow through on their plans for a grand European holiday, winding through cities in the Netherlands, Italy, and Spain, among other tourist-friendly stops. These overnight stays bounce back and forth between the grating (Douglas always worried about missing a reservation for a spot at a tourist destination) and more illuminating (Douglas always walking just a few steps ahead of everyone as he works to get them on time).

If Douglas’ name seems like it’s popping up disproportionately in this overview, it’s because “Us” gradually drifts from a look at a family in crisis to a portrait of a man ill-equipped to grapple with every bit of structure in his life being stripped away. And there lies the contraction at the heart of the show: Hollander is supremely effective at playing Douglas as someone trapped in a nebbish prison of his own making, even as people are pointing out every time he keeps building the walls higher and higher. Part of it is unabashed snobbery, part of it is a desire for the people he loves to have different interests and passions. Nicholls, in adapting his own novel, seems so drawn to Douglas’ slow-simmering existential breakdown that Connie and Albie often drift into the background. 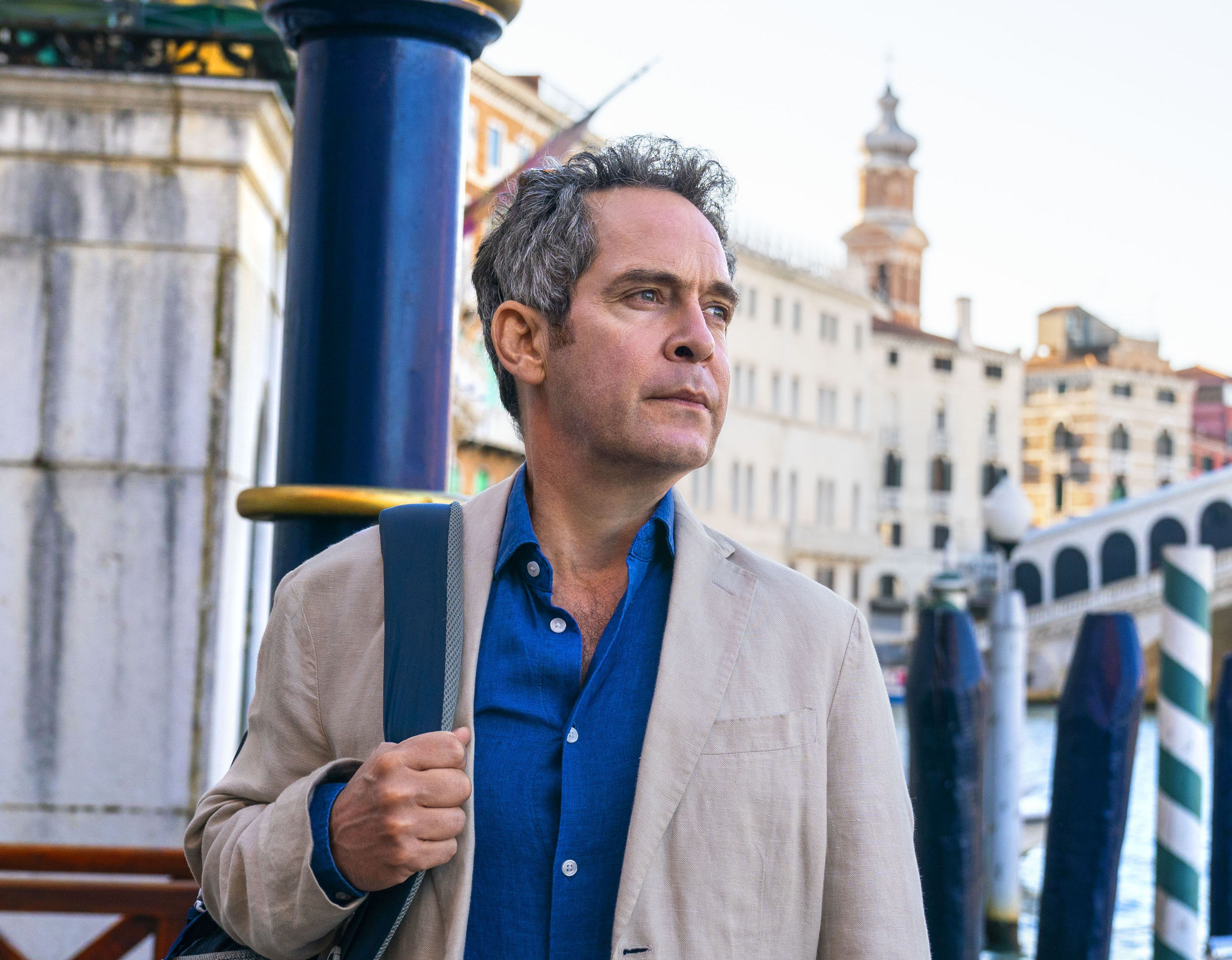 Yet, Hollander also taps into a certain kind of charm that’s never quantifiable or persistent, but permanently latent. Even if “Us” rarely gives examples of how Douglas endears himself to those around him — and even if the times he’s less than charitable lead to him getting more benefit of the doubt than he arguably deserves — Hollander channels Douglas’ fear into a genuine desire to hold together what’s falling apart. (One particular goodbye letter he writes is genuinely touching, all the more bittersweet given it has a gracefulness he seldom shows elsewhere.)

What keeps “Us” from being a complete anxiety-laden retread of the crumbling family story is its chronological bookend. As this trio ambles their way along the picturesque waterways of the continent, Nicholls takes the audience back to Connie and Douglas’ earliest days together. There are glimpses of something more than a partnership built on opposites-attract curiosity. (Gina Bramhill and Iain De Caestecker are almost too good at playing the free spirit and the dweeby stick in the mud that their pairing seems like more of a stretch than it should.) But the parallel nature of how these flashbacks tie into things happening in the present also don’t do much to dispel the idea that the problems in Douglas and Connie’s marriage have always been there.

There’s a contradiction in Connie and Douglas’ personality that’s triple underlined by these 24-year turnarounds. Most striking is how each of them have developed a much different relationship to Albie, seen almost entirely through Douglas’ inability to match Connie’s openness, warmth, and encouragement. What “Us” ends up becoming is a long string of signposts blinking out messages explaining why the happiness in this family is waning. There’s a tidiness to it all that Hollander and Reeves’ best efforts can’t always shake up. 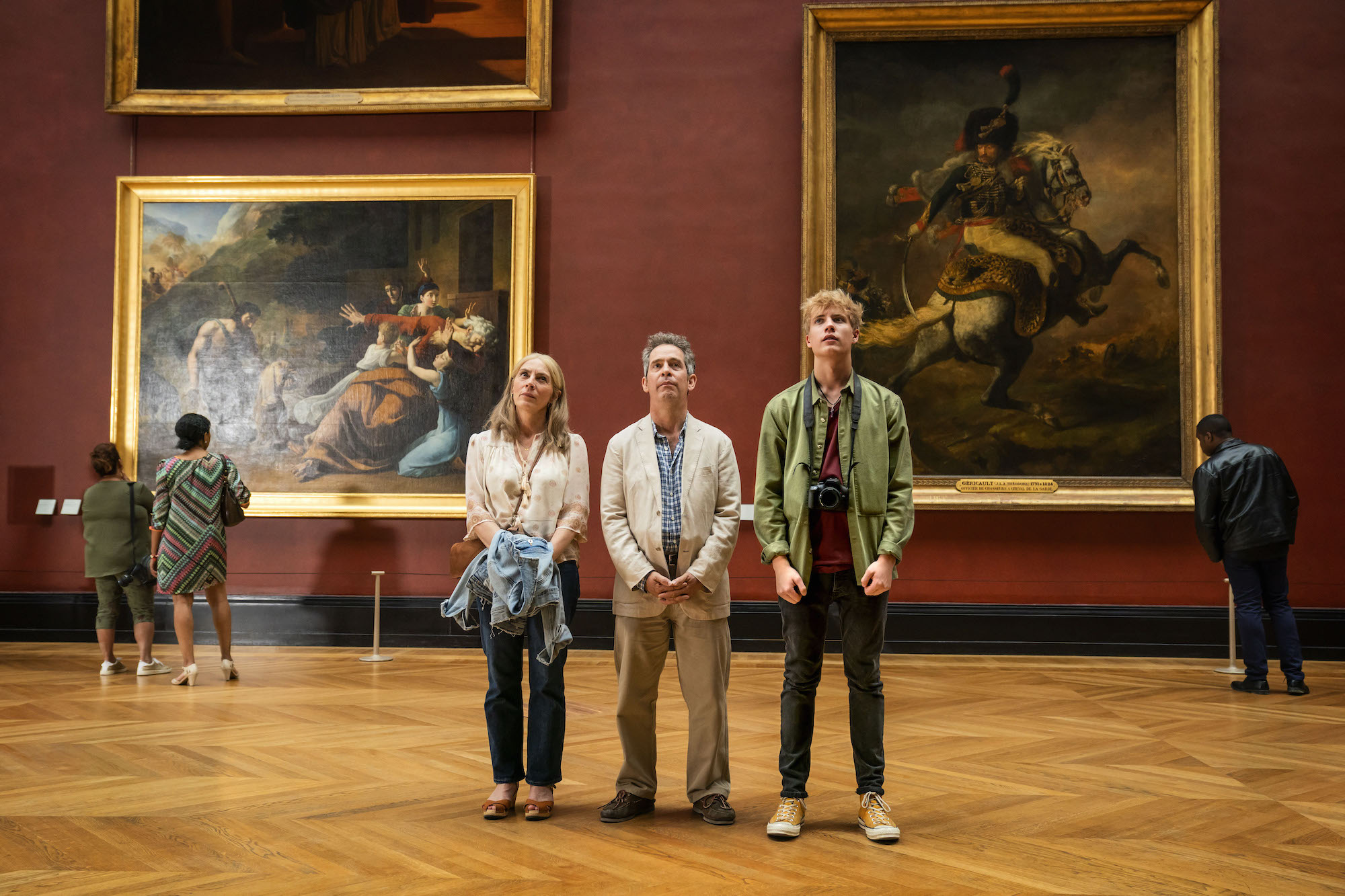 If the story keeps finding ways to repeat, at least the scenery changes. Director Geoffrey Sax does take advantage of its on-location itinerary, matching the fleeting delights and frequent dread with plenty of sun-kissed strolls through public places under clear skies.

A pair of other unexpected guests along the way also hint at the idea that “Us” is stronger the less it zeroes in entirely on Douglas. As Albie’s spontaneous traveling companion Kat, Thaddea Graham brings the same kind of much-needed spark amidst the dourness that she brought to the recent short-lived Netflix Sherlock Holmes-adjacent series “The Irregulars.” And though her inclusion in the show is entirely dependent on Douglas (to a point that it’s not ever 100% clear if she’s an actual person or some manifestation of part of his subconscious), fellow hotel guest Freja (Sofie Gråbøl) also does a bit to clear out some of the cobwebs.

Much of “Us” seems to be Douglas pursuing the unasked question of “Where did it all go wrong?” It’s telling that as the series progresses, it’s more about a journey to a destination where his daughter and son already seem to be. While the show does find some drama in that disconnect, “Us” is largely like the Petersen family itself: following a well-worn trail with one man resisting the pull to spend time on a more fulfilling path.

“Us” airs in two parts on PBS, beginning on Sunday, June 20.