Toy Story fans never thought they’d see a fourth movie. The third Toy Story film was sold as the final chapter in the series. Then in 2014, a fourth movie was announced and since then fans have been waiting impatiently. With the fourquel out in just a few weeks, Express.co.uk takes a look at the age rating for Toy Story 4.

How old do you have to be to see Toy Story 4?

Toy Story 4 has been given a rating of U by the British Board of Film Classification (BBFC).

A U rating is: “suitable for audiences aged four years and over, although it is impossible to predict what might upset any particular child.

“U films should be set within a positive framework and should offer reassuring counterbalances to any violence, threat or horror.

“If a work is particularly suitable for pre-school children, this will be indicated in the ratings info.” 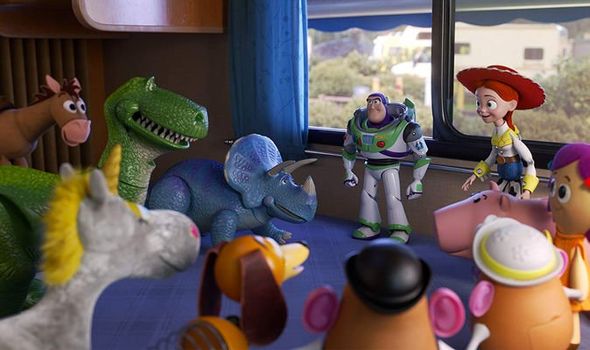 The BBFC cites very mild violence and scary scenes as warnings for those with children under four.

Warning, mild spoilers for Toy Story 4 ahead in the ratings info from BBFC.

In particular, the scenes are: “very mild comic violence” and “include ones in which a toy shepherdess hits other toys over their heads with her crook.”

The BBFC adds: “None of the toys are hurt or injured. 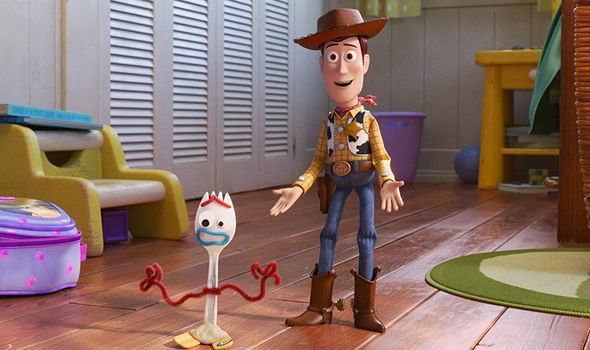 “There are occasional scenes of very mild threat, including ones in which toys are chased by a gang of ventriloquist dummies.

“A comic scene shows two toys growing to enormous size and firing lasers from their eyes, but this is revealed to be part of a fantasy.

“A toy is chased and swallowed by a cat but is coughed up again soon afterwards.”

In America, the Motion Picture Association of America (MPAA) rated the movie G, which stands for ‘general audiences’. 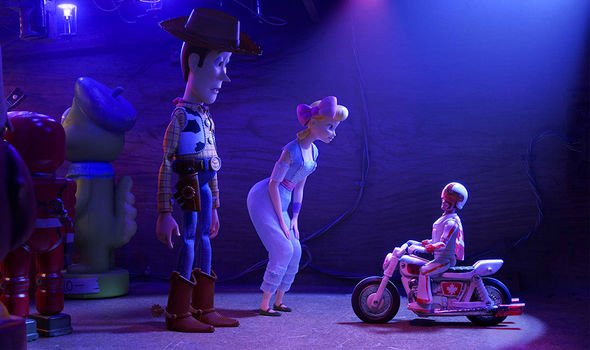 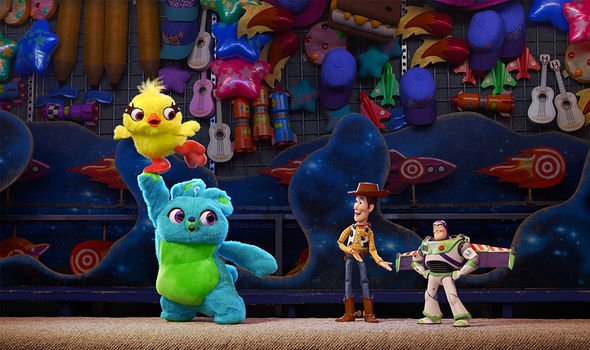 The plot synopsis of Toy Story 4 reads: “Woody, Buzz Lightyear and the rest of the gang embark on a road trip with Bonnie and a new toy named Forky.

“The adventurous journey turns into an unexpected reunion as Woody’s slight detour leads him to his long-lost friend Bo Peep.

“As Woody and Bo discuss the old days, they soon start to realize that they’re worlds apart when it comes to what they want from life as a toy.”