The 30-year-old reality favourite, who has shed two and a half stone, was walking her French bulldog in the sizzling heat. 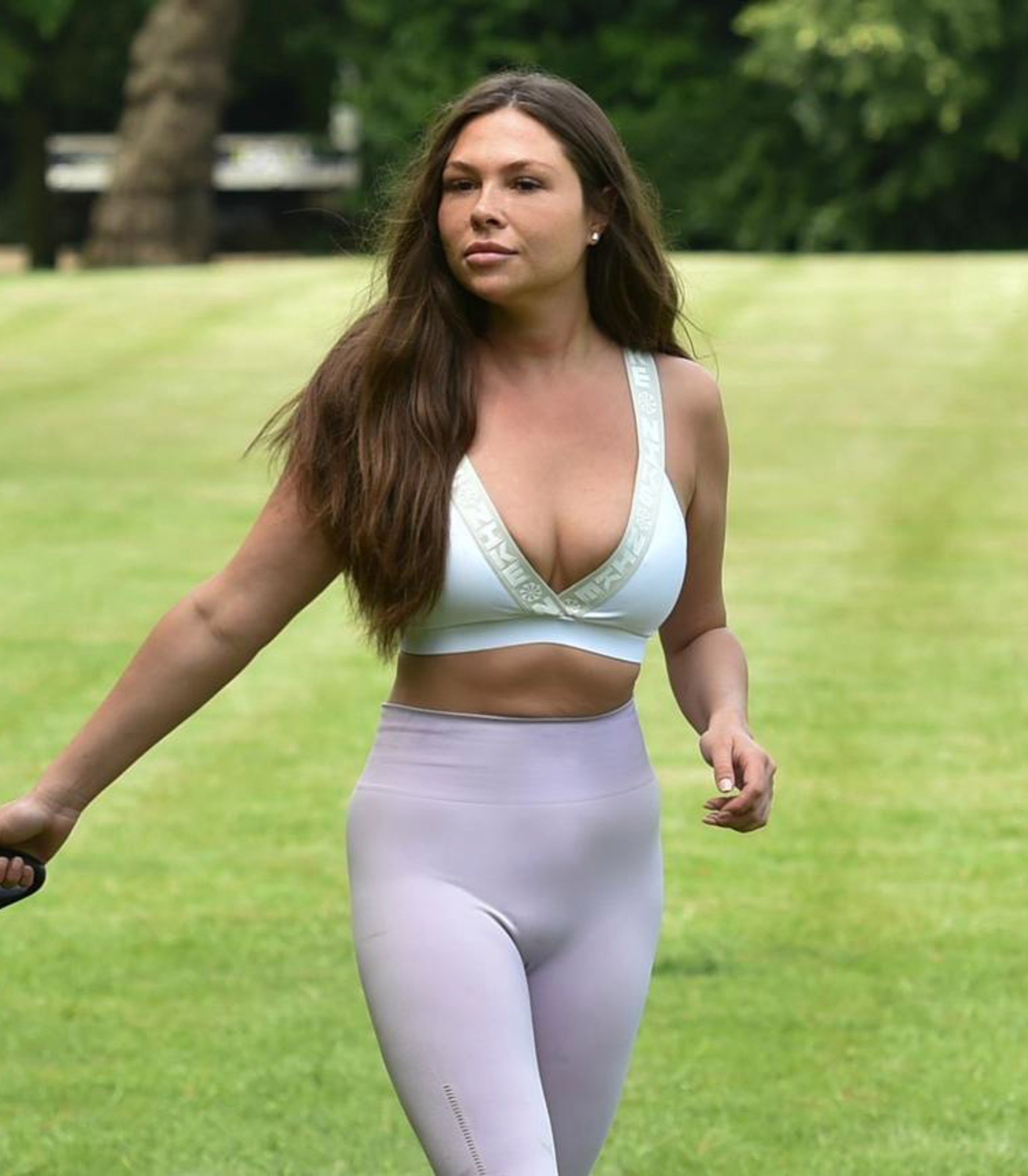 She showed off her toned tummy in the low-cut top, which she wore with leggings and a pair of trainers.

Fran has overhauled her image in just eight months after she was targeted with abuse following her return to the ITVBe show.

She had put on more than three stone while caring for her elderly grandfather during the first lockdown.

Unfairly, she was targeted for her size when she returned to film Towie in August following a two-year absence. 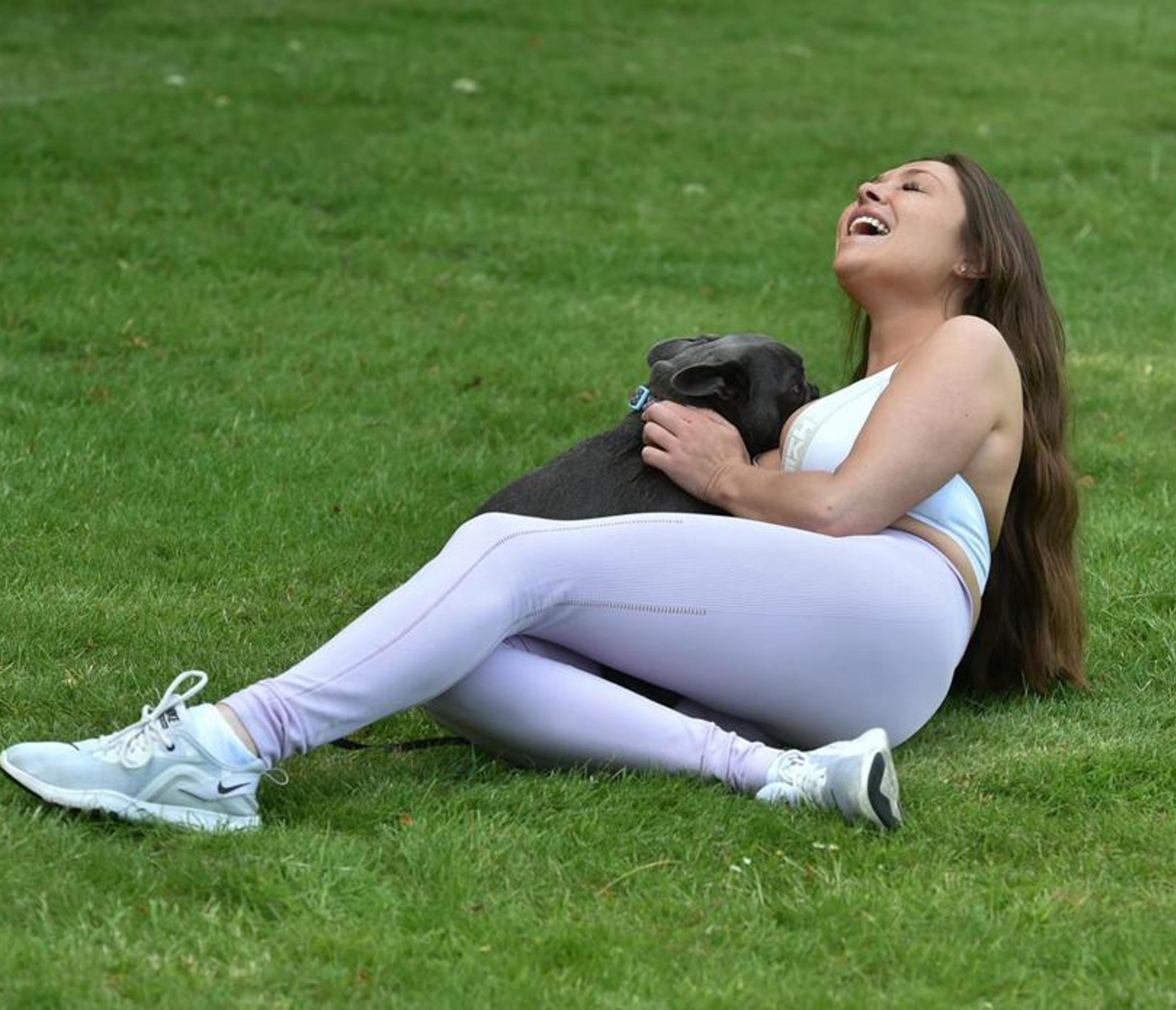 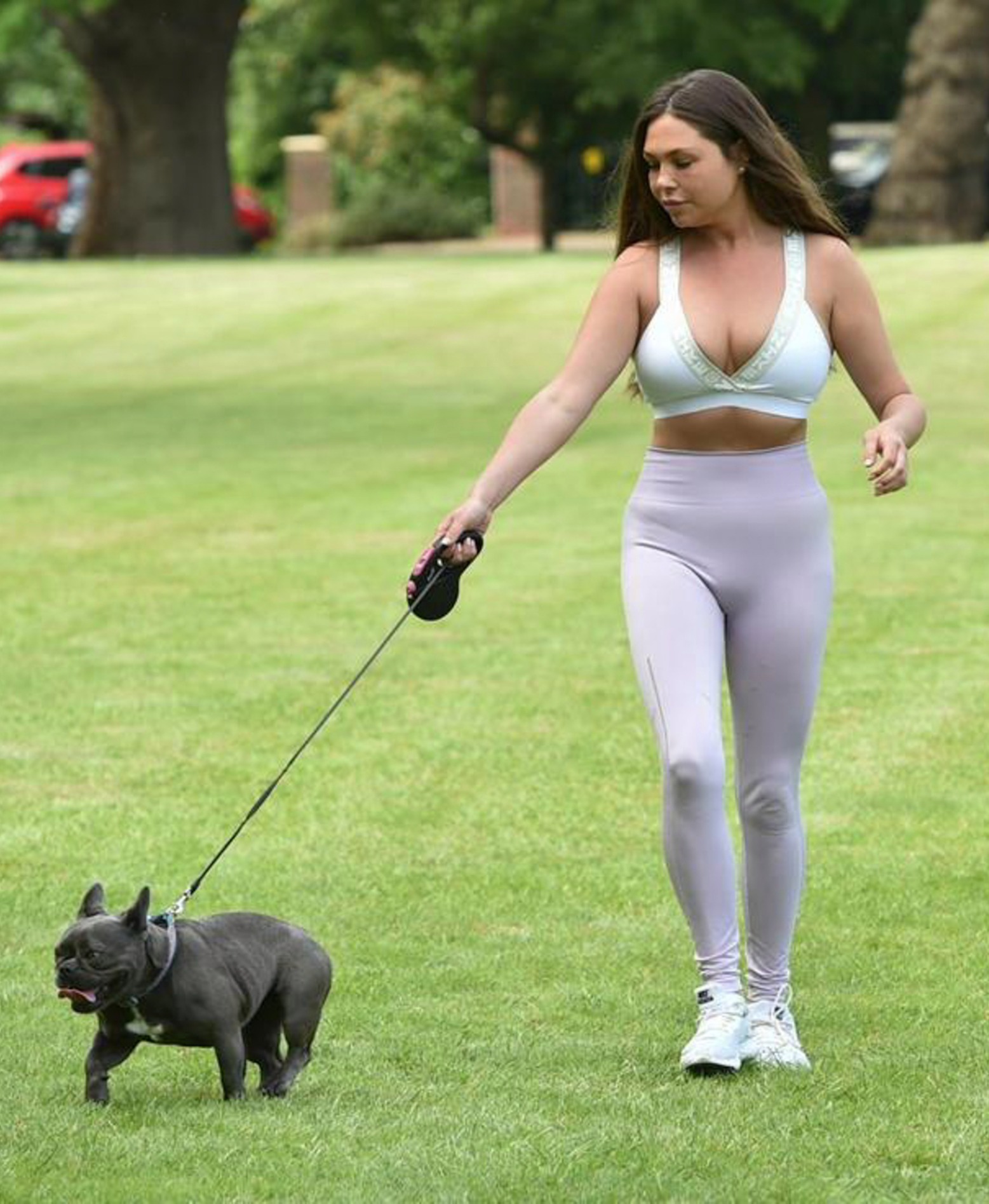 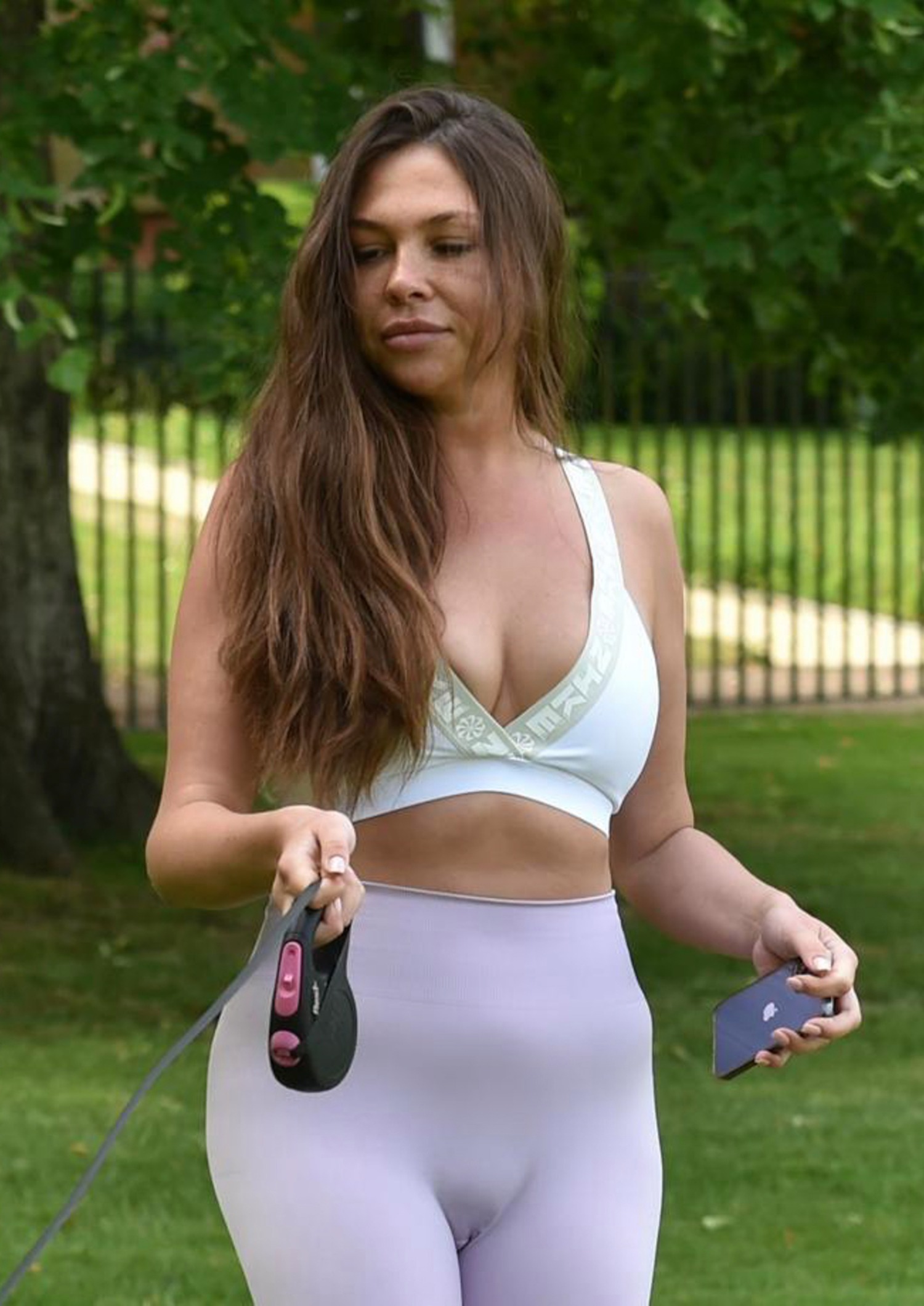 She has since overhauled her diet, ditching sugar and rebooting her exercise regime to return to her trimmer frame in a matter of months.

In March she showed off just how much weight she had lost by slipping in to the same dress she wore on Towie.

She said: "Speaking on Instagram, she said: "A lot of you were arguing over this damn dress.

"I don't understand why everyone's got the hump so much over it. It's a f***ing dress. I've put it back on." 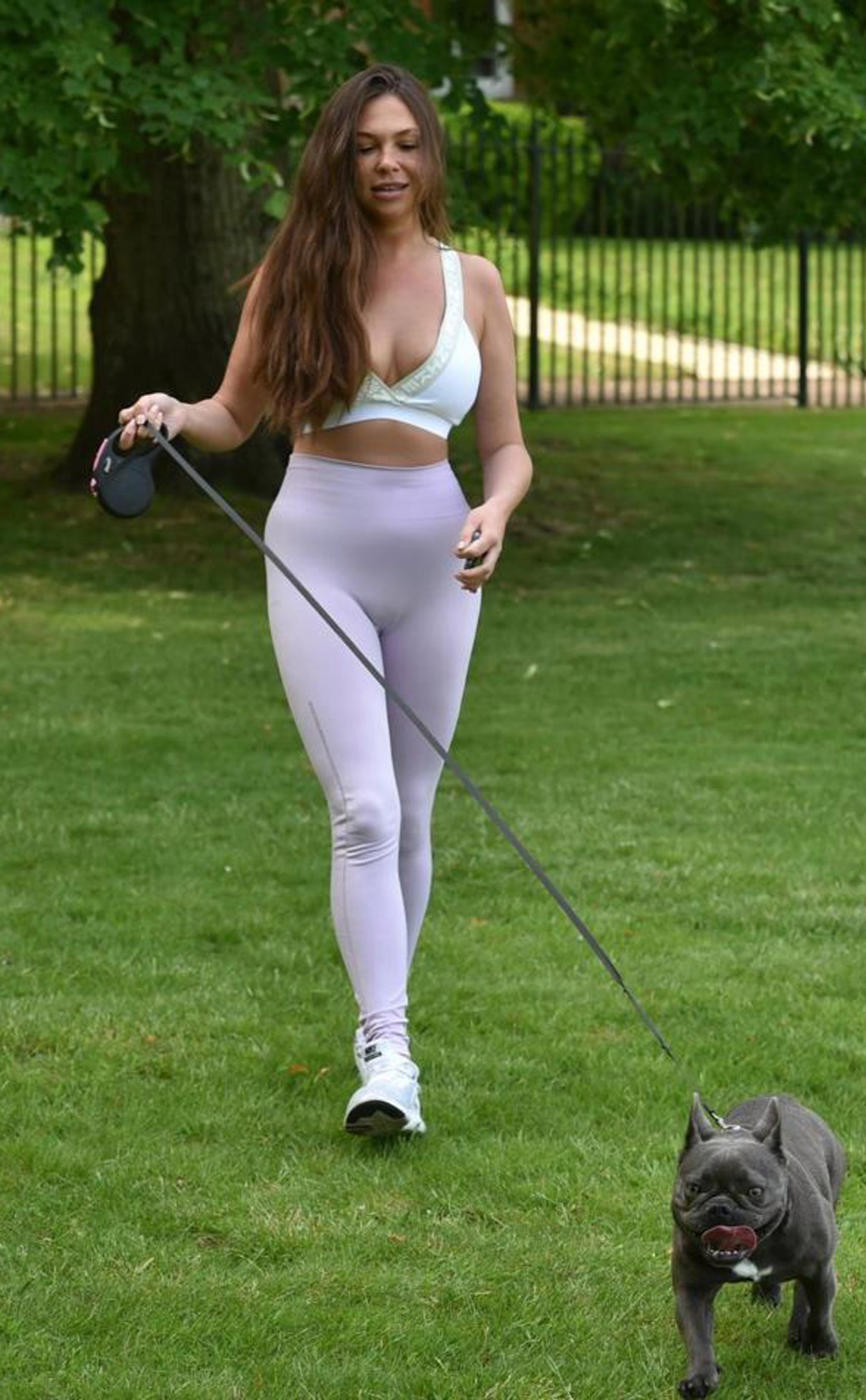 She explained the decision to wear the dress in the first place was her own after it was shown to her by a boutique assistant.

At the time, Fran was a size 14 and admitted she'd never had to buy clothes at that size for herself before.

"So what, I made a mistake, boohoo," she said. "I really don't care what anyone says any more."

Fran was wise to make the most of the sunny weather yesterday – which saw Britain reach higher temperatures then Bardados.

It was the hottest day of 2021 so far but was swiftly followed by an evening of rain and thunderstorms.