It was actually much healthier than you’d think 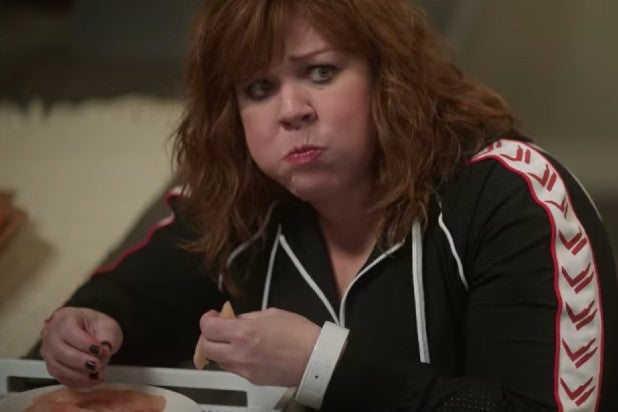 Like any effective superhero movie, “Thunder Force” leaves us with a lot of questions at the end, sparking hope for a sequel. But there’s one query in particular that we can answer right now: No, Melissa McCarthy didn’t actually eat raw chicken in the Netflix comedy-action flick.

Why would she? Well, as a side effect of gaining super strength, raw chicken is one of the few things Lydia’s (McCarthy) stomach can handle now. Naturally, Lydia is grossed out by the idea — until she actually eats some. Thanks to her new powers, the chicken is apparently both helpful and delicious, and Lydia is left with a near constant craving for it.

It even provides a bonding moment for Lydia and The Crab (Jason Bateman) later in the film, as he reveals he also has an affinity for the uncooked meat. It’s somehow adorable and disgusting all at once, and ends up being just another oddity that somehow works in “Thunder Force.”

Now obviously, McCarthy and Bateman couldn’t eat actual raw chicken on set — that would be super gross and unsafe — so what they actually used were pears. Even so, it was a struggle for McCarthy to stomach them, thanks to how realistic the doctored-up fruits looked.

“The raw chicken is actually really thinly sliced pears treated with citric acid and food coloring,” according to “Thunder Force” director (and McCarthy’s husband), Ben Falcone. “It was so believable that we all got completely grossed out every time we saw it, as did everybody who had to eat it. Melissa was like, ‘I know it’s a pear, but it’s just hard not to imagine it as raw chicken.’ So that was difficult for her to get through.”

Indeed, the prop is incredibly convincing — you may think pear slices can’t jiggle and wiggle the way uncooked chicken can, and yet somehow, they do. Even with all the fancy CGI effects in “Thunder Force,” this might be the truest bit of movie magic.