The Walking Dead has kept a number of the Whisperers’ identities under wraps. While Alpha (played by Samantha Morton) was not worried about showing off her face during battle, she was in the minority. A number of Whisperers have not taken off their masks during their time on screen. But perhaps the most diligent person adhering to this rule is Beta (Ryan Hurst).

Beta – the Whisperers second-in-command – has sent chills down the spines of his enemies, and indeed the colleagues he works with.

But during his time on the show, nobody has seen his real face under his Walker mask.

During a flashback episode, Alpha saw his face when they first met – but it has been kept under wraps ever since.

Now, fans of the Walking Dead franchise believe they have figured out who he is under the mask. 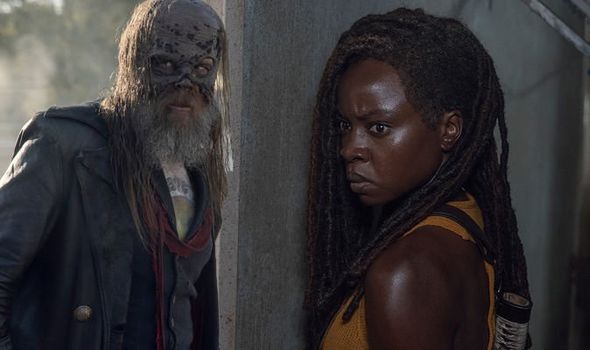 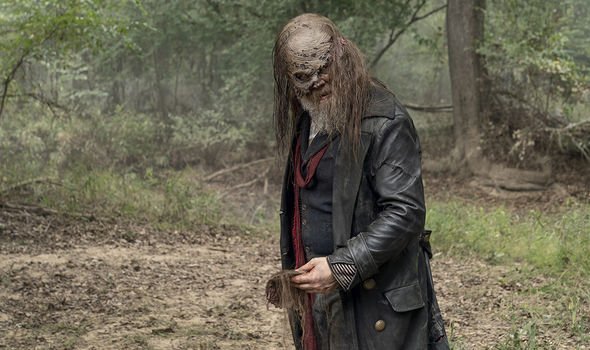 In the source material comic-books, Beta was eventually revealed to be a basketball player and an actor.

Because of this, fans have suggested that perhaps the TV iteration of Beta could be hiding a similar identity.

Now, it looks like Beta’s identity has been revealed, and he was indeed a celebrity – but he was not a basketball player.

A fan recently tweeted a screenshot from Fear the Walking Dead, which saw a poster of a musician’s album cover strewn across the floor. 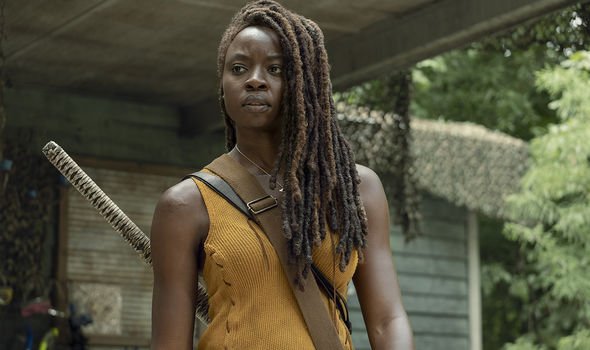 This album cover showed what looked like Beta actor Ryan Hurst in a cowboy hat, and the words: “Live music” next to it.

This would explain the odd scene in season 10, episode 12, which saw one of the Whisperers spotting Beta without half of his mask.

After seeing half of the mystery man’s mask, he announced: “It’s you!” before being killed off by the brute.

Fans of the show instantly began posting about this connection on Reddit, with one writing: “Imagine being in an apocalypse and Billie Ray Cyrus wearing a skin mask kills your friends.”

Another pointed out: “Oh, so the guy who recognized him was a fan, and not somebody who had known him before? Huh.”

Although this mystery has plagued viewers’ minds for some time, recently they were preoccupied with the exit of Michonne (Danai Gurira) in an emotional episode.

And recently Michonne star Danai spoke out about her character’s hallucinated death scene in the episode, which saw Michonne’s allies killing her.

Speaking to Entertainment Weekly she confirmed filming was: “Awful. Awful.

“No one wants to go down like that. I mean these are people you love, this is your family.”

She then spoke about shooting the scene with Daryl Dixon star Norman Reedus, adding: “So Norman and I shooting that scene, you know, he’s left shooting through the crowd and shooting me.”

The Walking Dead season 10 continues every Sunday on AMC and every Monday on FOX UK.