The Office almost included a cameo by Dwight Schrute‘s UK counterpart, but the moment never played out on screen, unfortunately. During the May 27 Office Ladies podcast, Jenna Fischer revealed the details of how that meeting was supposed to happen but a scheduling conflict prevented the cameo from becoming a reality. 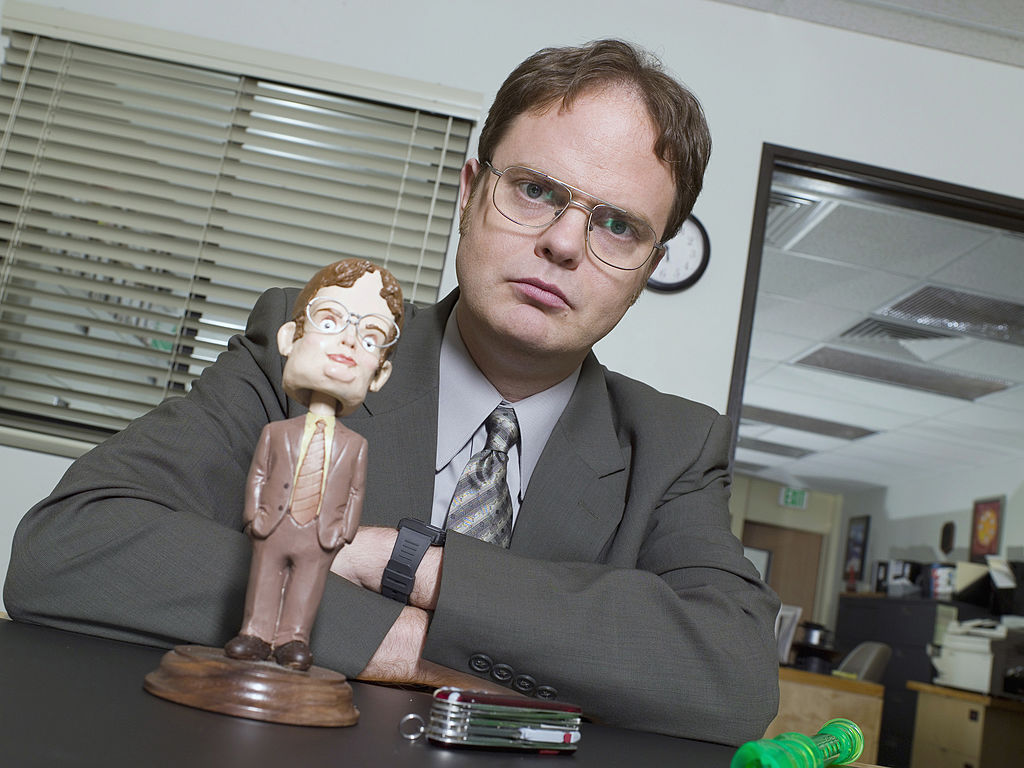 What happened in ‘The Convention’ episode?

In The Office Season 3, Episode 2, titled “The Convention,” Dunder Mifflin branches collide as Michael and Dwight from Scranton, Josh and Jim from Stamford, and Jan from corporate meet up at the Northeastern Mid-Market Office Supply convention in Philadelphia. Michael attempts to throw a party in his hotel room as he struggles with wondering why Jim left Scranton. Jim seems to have bonded with his new boss Josh and that doesn’t sit well with Michael.

Back in Scranton, Pam is now single so Kelly sets her up on a date but she doesn’t have a love connection when she goes on a double date with Ryan and Kelly. Jim reveals to Michael that he didn’t leave the Scranton branch because of him but because Pam rejected him.

There was almost a meeting of the Dwights (UK and American)

“The Convention” episode could have been even more entertaining if a cameo had worked out. The plan was that the UK Office’s “Dwight” character Gareth Keenan, played by Mackenzie Crook, would be at the convention in a booth and he and Dwight would have a run-in.

Alas, there were scheduling issues, so fans never got to seethis epic idea play out. Can you imagine the exchange between Dwight andGareth?

Crook was in town doing a press junket for Pirates of the Caribbean so they hoped they could get him for the episode. Unfortunately, that didn’t work out, Fischer explained on Office Ladies. “The scheduling did not work out, he couldn’t come,” Fischer shared. “He couldn’t come. He wanted to… he’s the nicest guy, I’ve met him, he’s awesome.”

RELATED: ‘The Office’: This Dwight and Jim Scene Was So Funny, the Stars Couldn’t Stop Laughing and Production Had to Shut Down

Dwight and Gareth did eventually meet

While Dwight and Gareth never shared the screen on The Office, the two actors did eventually meet in person. In November 2018, actor Rainn Wilson, who played Dwight, met Crook backstage when Crook appeared in the play The Seagull.

The Office did get a bit of a crossover with the British version in season 7 episode 14, titled “The Seminar.” In the episode, Michael bumps into David Brent from the original Office, in a brief cameo played by Ricky Gervais.

In the brief scene, David exits the elevator and he has an exchange with Michael, who says he’s working on a British character. The two then exchange impersonations of a politically incorrect character and discuss how people don’t accept those kinds of impressions. David drops a “that’s what she says” line and Michael, thoroughly appreciating the reference, gives him a hug. David asks Michael if the company is currently hiring and Michael says “not right now.”