THE Chase's Bradley Walsh had enough of one celebrity contestant and dragged her off stage for a 'talking to'.

Bradley, 61, shouted at actress Lucy Porter during a celebrity special of the ITV quiz show. 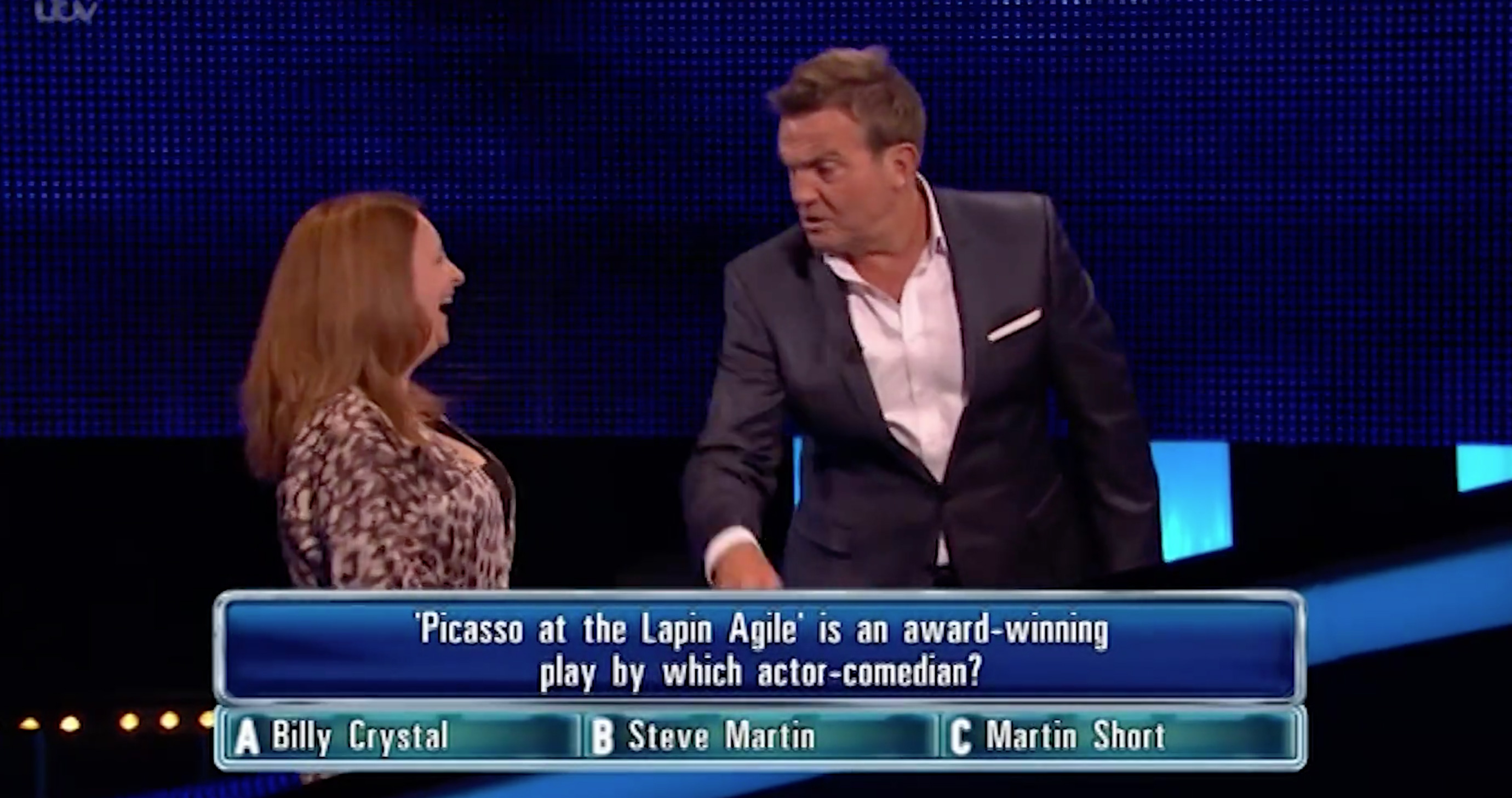 The trigger happy Lucy got a dressing down from the veteran host for continually pressing the buzzer before he could read out all the options in the multiple choice answers.

Bradley asked during a question about actors on the repeated episode from 2017.

The question he asked was: "Picasso at the Lapin Agile' is an award winning play by which actor comedian?"

Lucy went for option B of Steve Martin, saying: "It is the only man I love more than you.

"I have gone with Steve Martin."

“Did you press that button?" he asked.

“I tell you something now, I don’t care how much you love him more than me, you cannot press the button until I’ve finished reading the question.”

Bradley continued as the audience was in hysterics: “Don’t come and try and run the show, we are going to fall out my dear."

“I’m the one who says what you put, you don’t press the button before I have finished the question."

But Bradley was having none and dragged Lucy offstage.

The hilarious moment came after Gavin and Stacey star Mathew Horne left Bradley stunned as he demanded a different question on The Chase.

Playing the quiz game as part of a celebrity special, 42-year-old Mathew claimed the question he was given was "not clear".

But it turned sour when Bradley, 61, asked the question: "What was the first London team to win the League and Cup double?"

Flashing up as the potential answers were Arsenal, Tottenham Hotspur and Chelsea.

After deliberating, the star opted for Chelsea – but grimaced as the correct answer was revealed as Tottenham Hotspur in the episode which originally aired in December 2017.

Bradley then asked Mat: "Who do you support?"

But in an attempt to redeem himself, he complained: "It doesn't say Premiership."

But Bradley explained: "Well, that wasn't the Premiership then, it was just like the FA league you know?"

Not letting up, Mat replied: "Well, that could have been clearer."

As the audience laughed, Mathew added: "In fact, I think we should go again – I think I should get another one, because it's not clear that, is it?" 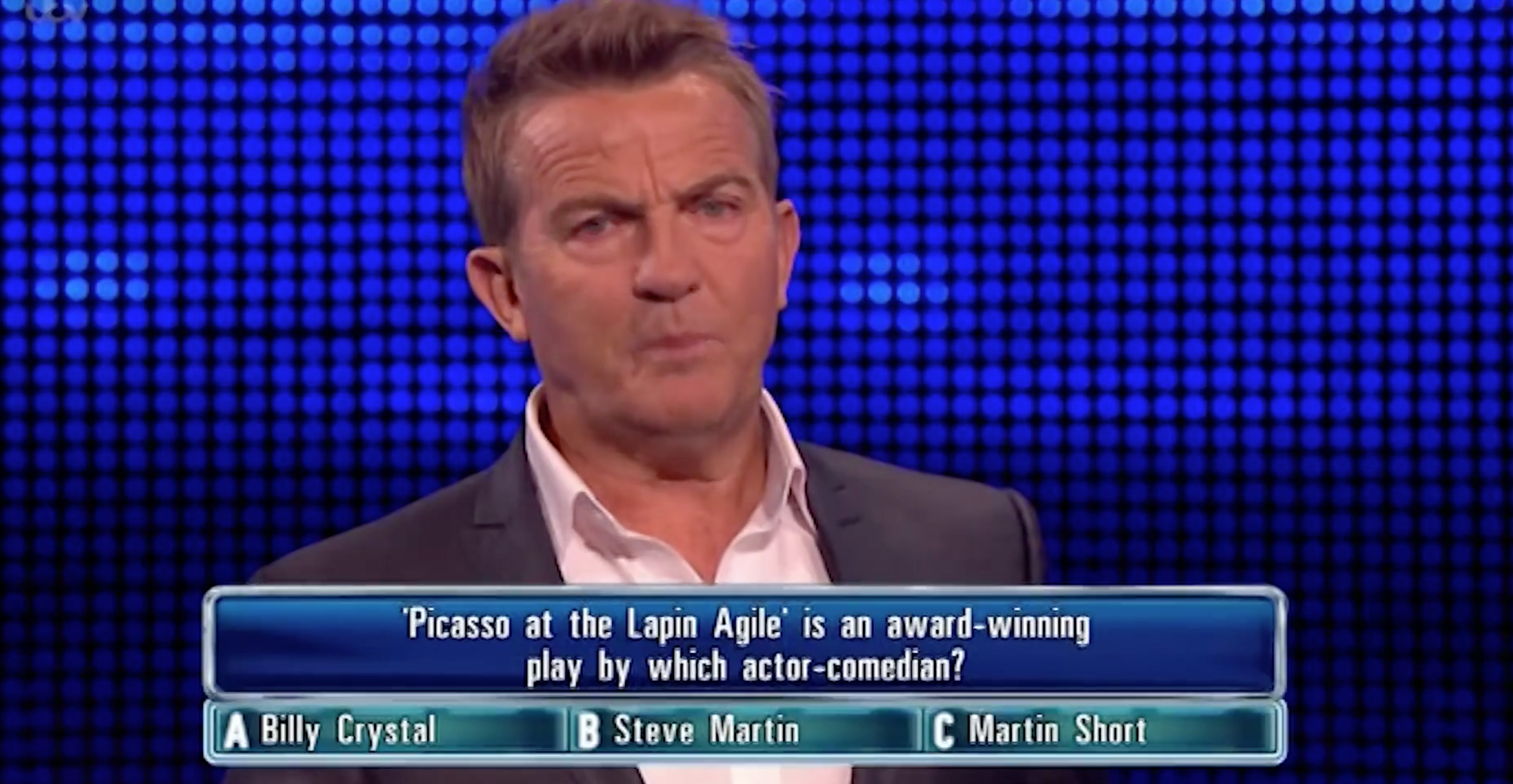 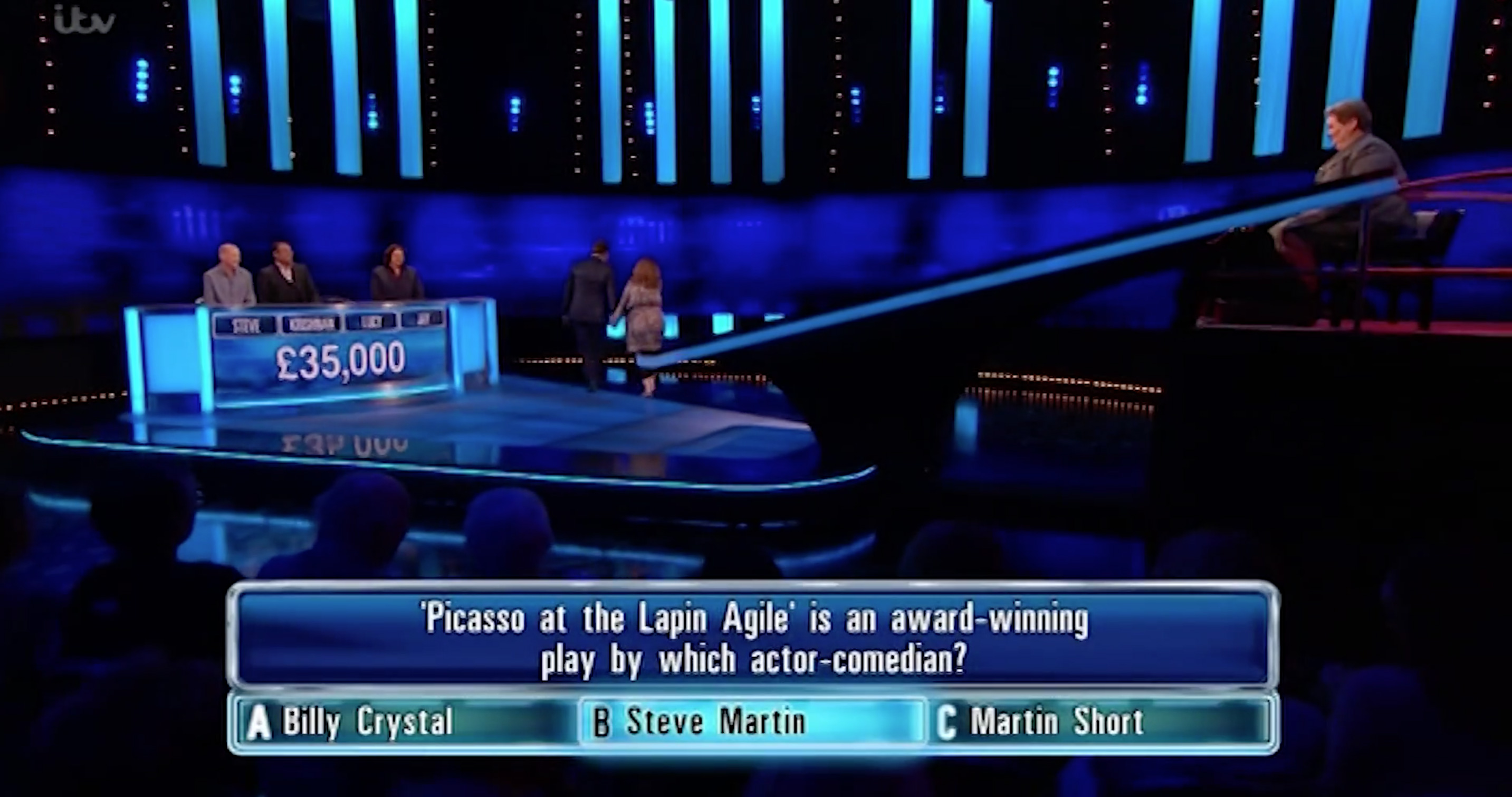 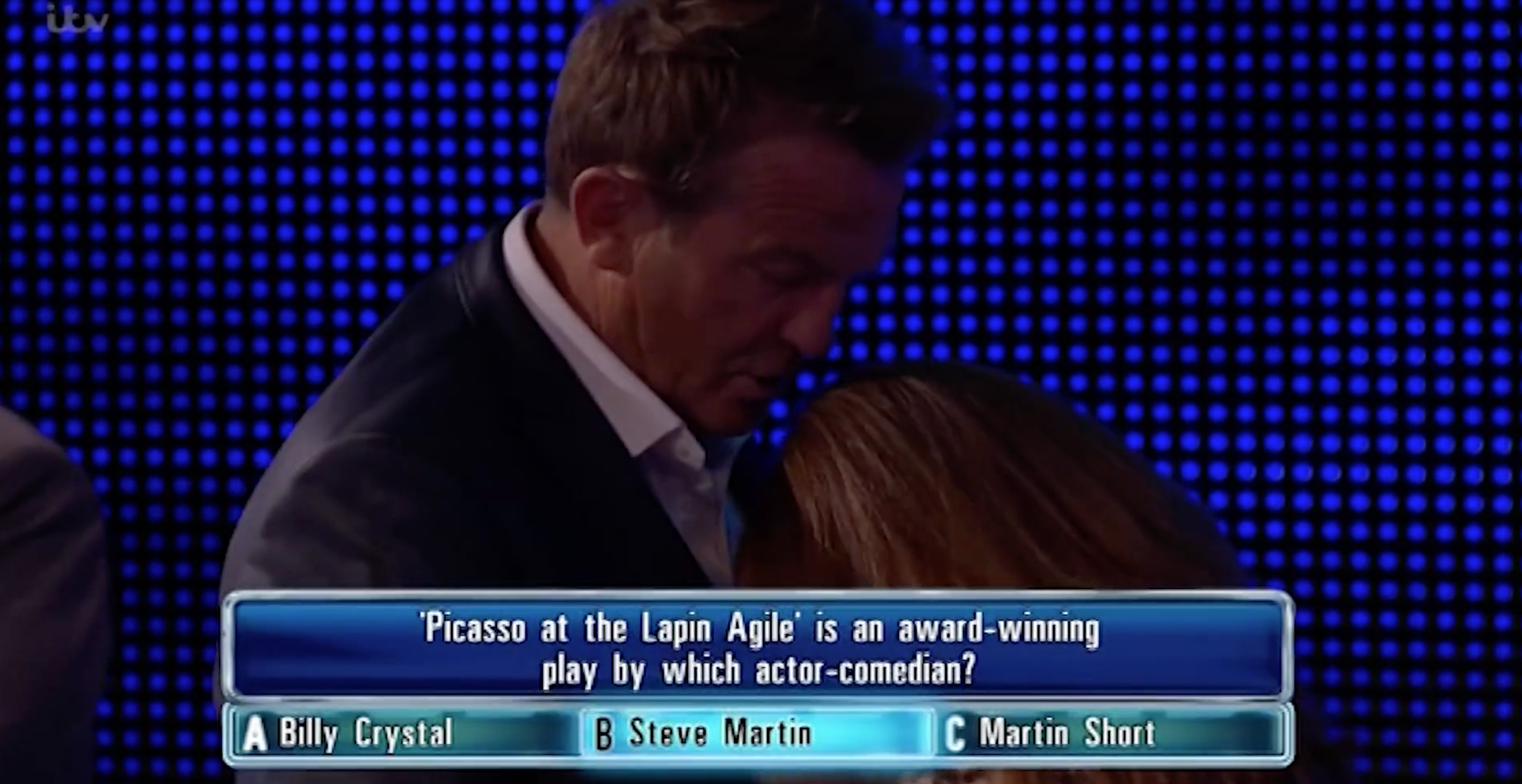 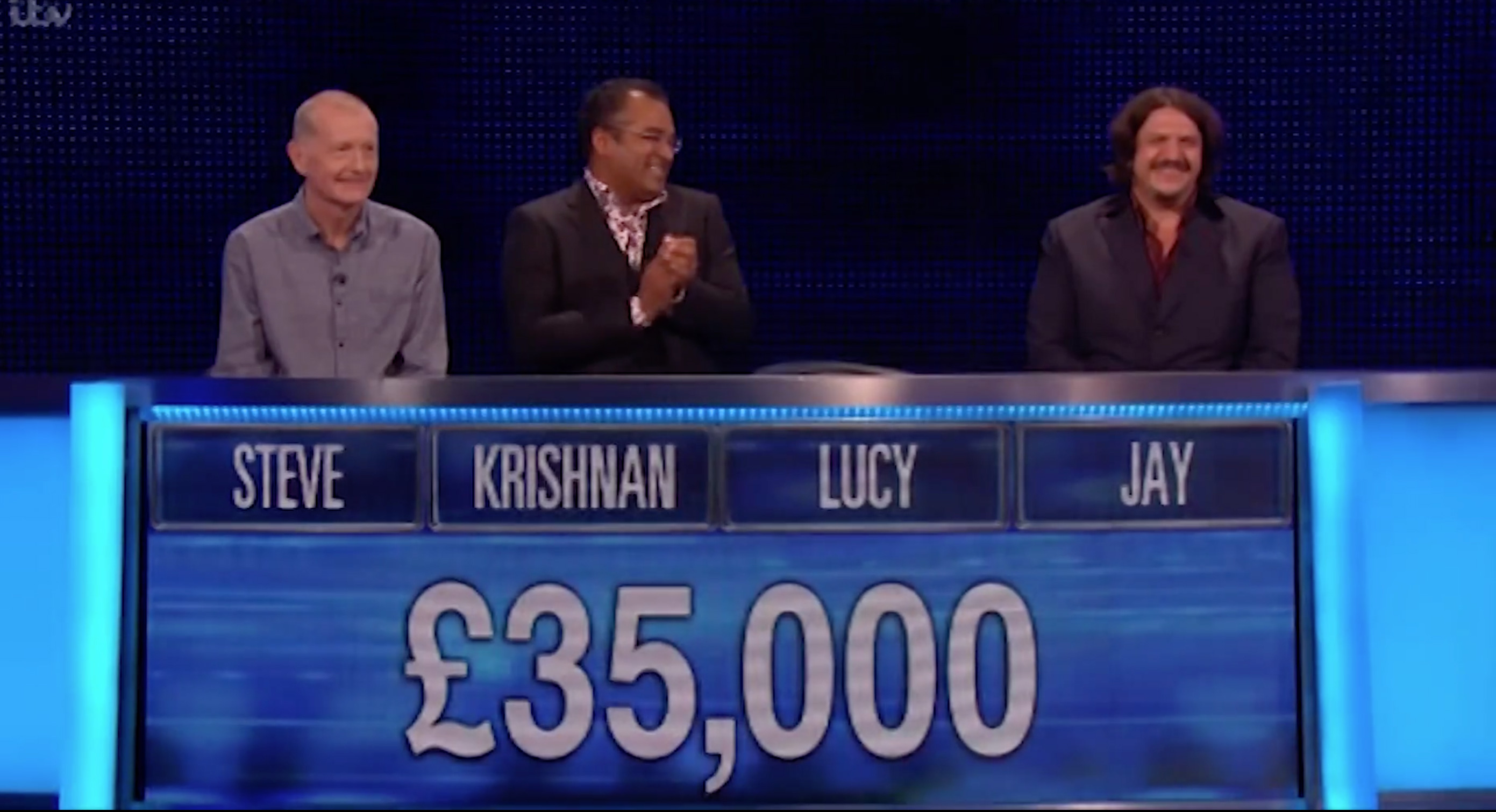