This evening (Tuesday, November 5), a 23-year-old contestant faced The Beast Mark Labbett after he earned £7,000 in his cash builder. However, fans were left fuming on social media after the quizzer offered him a paltry low offer of 1p, branding it an “insult”. Instead, the player chose to stick with the amount he’d made in the first round after listening to the advice of his fellow teammates.

Host Bradley Walsh introduced the young contestant and asked him what he would do with the money if he won.

Guy, a civil service from Manchester revealed that he would love to travel to Columbia and then explore the rest of the world.

All was going according to plan when Guy did pretty well and earned £7,000 in his cash builder but what came next left many bewildered.

The Beast gave a high offer of a whopping £27,000 and a low offer of an ‘insulting’ penny. 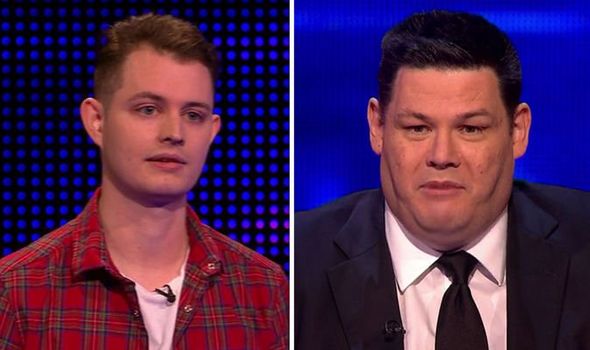 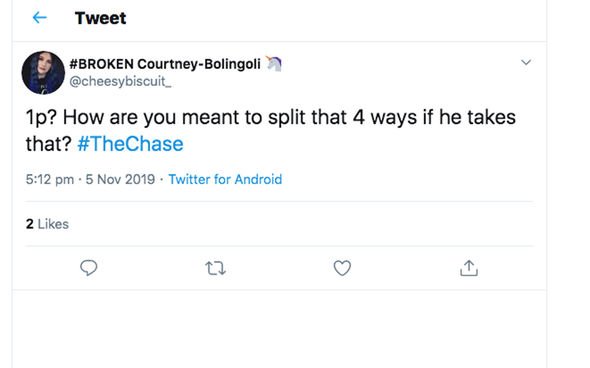 Guy’s fellow contestants gave him some advice and told him not to go for the 1p offer, highlighting his capability.

Teammate Owen said: “The low offer there is an insult for a player of your calibre” and advised him to stick with the £7,000 he earned in the cash builder.

However, Mark was quick to defend himself and hit back: “I dispute saying the penny offer is an insult. It is the very definition of a cheap gag.”

Unlike Mark, fans did not see it this way as they took to social media to berate the quizmaster over his offensive low offer. 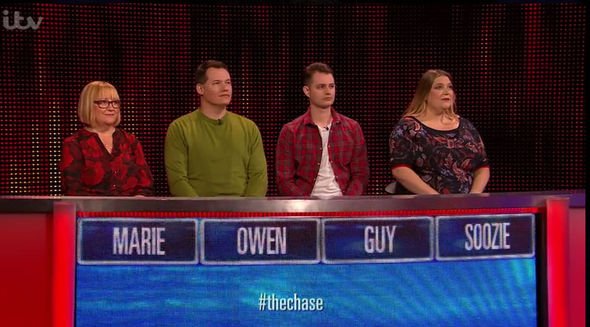 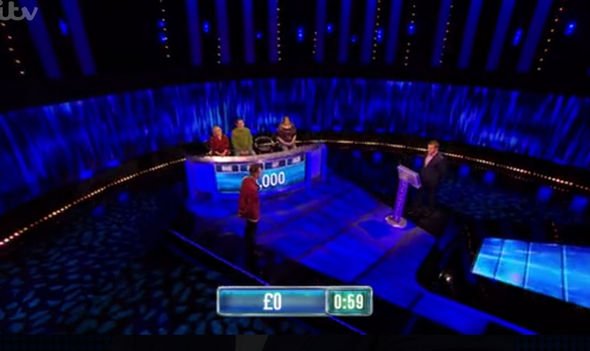 One fan tweeted: “1p? How are you meant to split that 4 ways if he takes that? #TheChase.”

Another commented: “I thought Guy would have got a much higher high offer after getting that crappy low offer!”

A third joked: “Take the 1p. I wanna know how they’d split that between 4 when/ if they win.”

However, it didn’t end too well for the civil servant as The Beast was victorious.

Guy came across a tricky question and admitted to not knowing the answer, leaving him guessing.

The question read: “What was the title of Magnus Magnusson’s book about ‘Mastermind?”

Guy answered The Black Chair when it was, in fact, I’ve Started So I’ll Finish and it was game over for him.

Host Bradley praised his determination and said: “It’s tough for a young player. I love players who come on.

“It’s fantastic because it mixes it up and it’s good you know.”

In the end, The Beast claimed victory as the Final Chase saw three players lose all the money they earned.

There were four attempts at pushbacks with four executed as Mark took out the players with three seconds remaining.

The Chase returns tomorrow at 5pm on ITV.