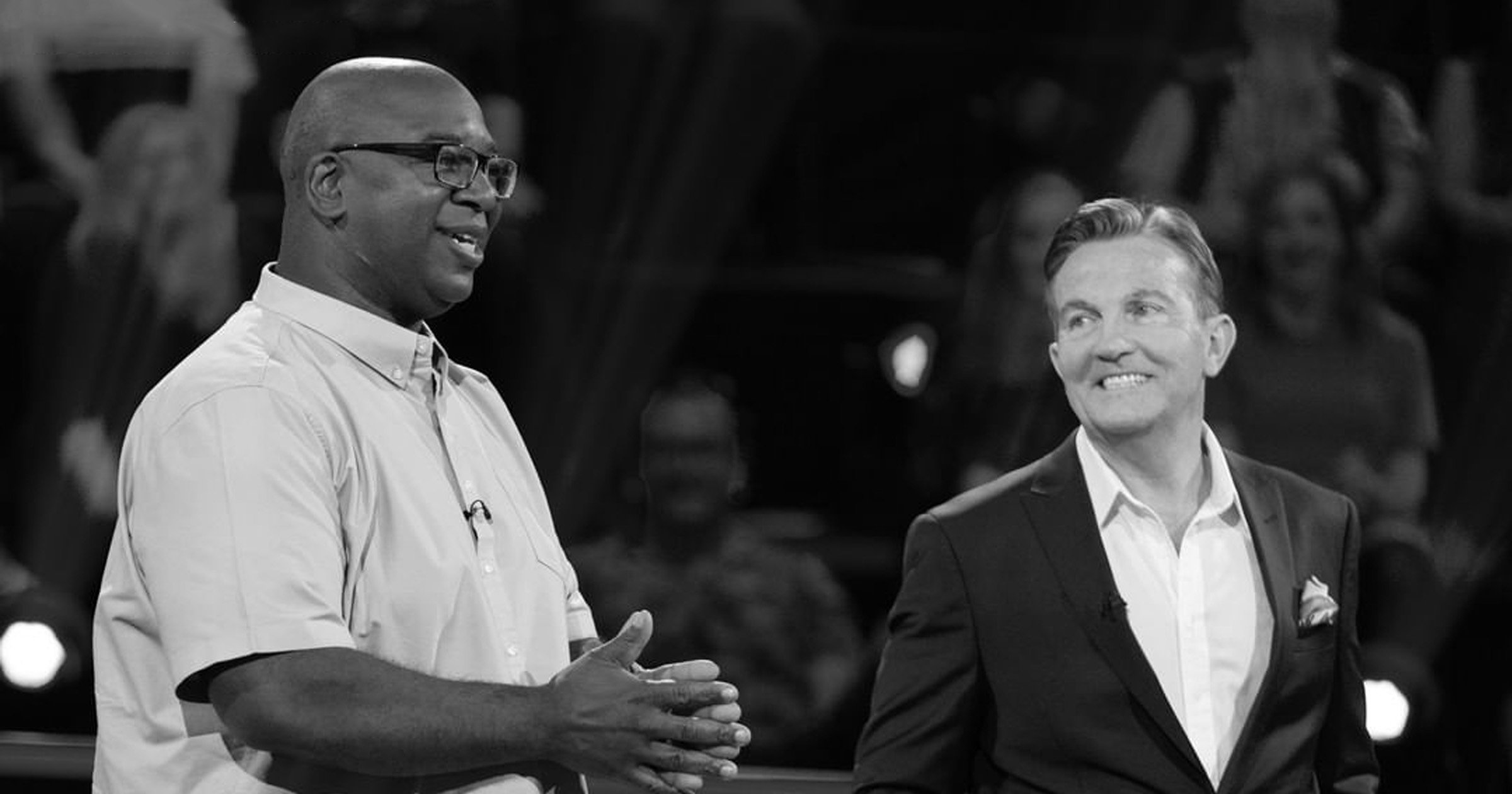 Mike Johnson, a contestant from The Chase and Beat The Chasers, has died, the show’s Instagram account has confirmed.

Sharing a photo of Johnson alongside host Bradley Walsh, they wrote: ‘We are deeply saddened by the news that Mike Johnson has passed away.

‘A fantastic Beat the Chasers and Chase contestant, our thoughts are with Mike’s family and friends at this very difficult time.

‘Bradley, the Chasers and production loved meeting and spending time with Mike and making him part of the Beat The Chasers & The Chase family.’

Chaser Darragh ‘The Menace’ Ennis was among the first to pay tribute, writing: ‘Such a sad loss. A really fun and entertaining contestant.’

No further details about Johnson’s cause of death have so far been revealed.

Johnson had stuck out to fans for his distinctive voice, with Walsh even asking him to do a voiceover for the show after his first appearance.

Revealing why he wanted to win some money on the show, Mike told the host: ‘I haven’t seen my mother for a while in Trinidad and I’ve got myself a beautiful five-year-old daughter and it’s her birthday tomorrow so I’d like to take my wife and her over to visit, and maybe a little toy’s house as well.’

He had chosen to go for a £10,000 prize pot against three chasers – The Menace, Anne ‘The Governess’ Hegerty and Mark ‘The Beast’ Labbett – but lost out to them with 13 seconds to spare on their clock.

News of his death comes after another Chase contestant, Pete Green, was revealed to have died in a house fire last month.

The 72-year-old medieval trader from Norfolk’s episode of the show had aired just days before news of his death was announced.

Chaser Paul ‘The Sinnerman’ paid tribute, writing: ‘Saddened to hear that Pete from today’s Chase has since passed away in horrible circumstances.

‘A true gentleman, a warm, engaging and thoroughly entertaining opponent.’

The Chase airs weekdays from 5pm on ITV.