The Beatles: Get Back preview released by Peter Jackson

The Beatles: Get Back is a new documentary film made up of unseen footage from the Let It Be sessions of 1969. Originally set to be released this year, the movie’s cinematic debut has been postponed to August 27, 2021, but now director Peter Jackson has shared a sneak peek with fans that’s also available on Disney+. The filmmaker said: “We wanted to give the fans of The Beatles all over the world a holiday treat, so we put together this five-minute sneak peek at our upcoming theatrical film The Beatles: Get Back.”

Jackson added: “We hope it will bring a smile to everyone’s faces and some much-needed joy at this difficult time.”

The Lord of the Rings legend is now back in his New Zealand cutting room, since the country has largely stamped out coronavirus, and is about halfway through the edit.

Just before the montage of unseen Beatles footage, the director said how he’s had access to 56 hours of “great stuff”.

And he hopes The Beatles: Get Back sneak peek will give a sense of the spirit of the film they’re making to give fans a smile in these bleak times we’re living through. 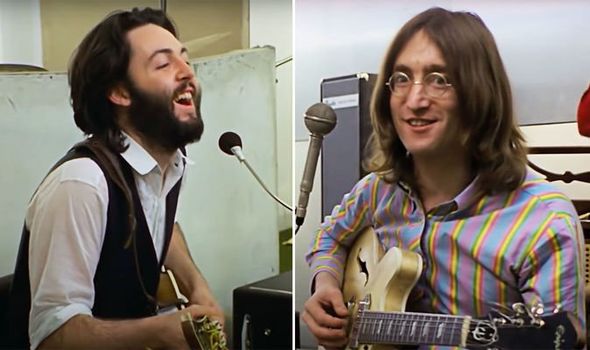 The Beatles Get Back movie: Paul McCartney thought it’d be ‘BORING’

The footage itself shows John Lennon, Paul McCartney, George Harrison and Ringo Starr having lots of silly fun together at the Let It Be sessions.

The picture has really been cleaned up and looks like it could have been shot yesterday.

The aim of Jackson’s film is made clear in the montage, in that The Beatles: Get Back will challenge the assumption that the Fab Four’s break-up was really bitter and sad.

After all, when the original Let It Be movie was released it was in the aftermath of The Beatles split in 1970. 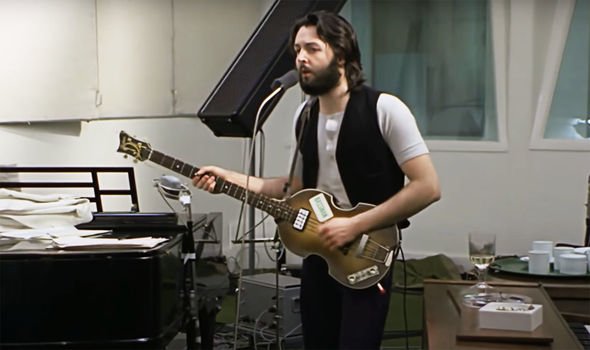 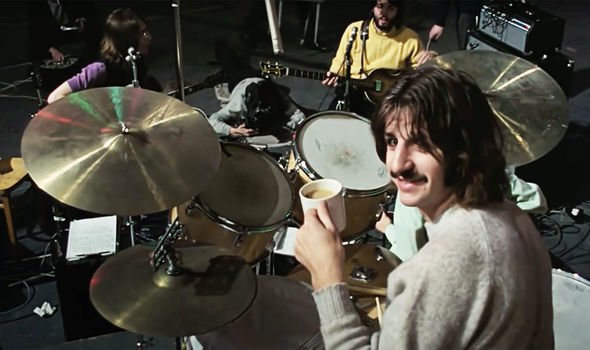 Back in October, Sir Paul McCartney told Radio 6 Music: “Yeah, I have [seen footage] – I love it.”

But when Jackson was having a trawl through the 56 hours of footage, Sir Paul said to him: “Oh god, it’s going to be boring”.

The main reason being that the star’s memory of the film was of “a very sad time”.

Jackson assured him there was positivity saying: “It’s a laugh – you guys, it’s just four guys working and you can see you making up songs.”

The Beatle said: “George wondering about the lyrics of Something In The Way She Moves or me trying to figure out Get Back.

“He’s shown me little bits and pieces of it and it’s great, I love it, I must say because it’s how it was.

“It just reminds me of – even though we had arguments, like any family – we loved each other you know, and it shows in the film. It’s a very warm feeling and it’s amazing just being backstage with these people, making this music that turned out to be good.”

In fact, Jackson has asserted that the unseen footage proves The Beatles didn’t want to break-up. Speaking with Rolling Stone, he said: “Just me personally as a fan, looking at the 56 hours, I get a sense of a group that wants to do something different, but they’ve run o “They never wanted to repeat themselves — they didn’t want to make Sgt. Pepper 2.

“There’s even conversations we’ve got on film where they’re discussing, ‘Maybe if we went back and became the Cavern Club band again’ — becoming the lunchtime bender gang.

“Because they can’t play a stadium that’s bigger than Shea. They’ve done complex albums. They’ve done simple albums. You get the sense that they really don’t want to break up. That’s the overriding impression I get. They’re a forward-moving band, but they’ve run out of places to go.”