“You can still really care about somebody and want them to do better,” he says 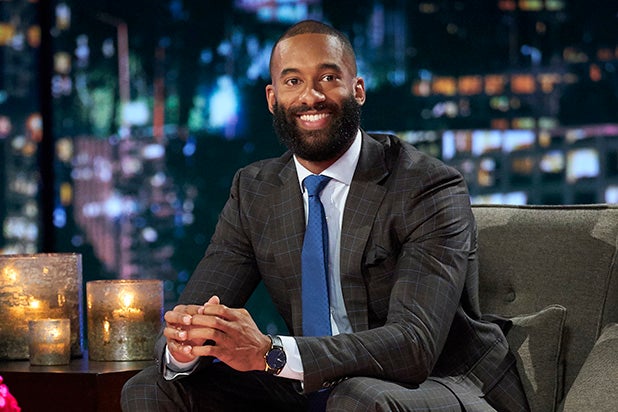 Matt James chose Rachael Kirkconnell as the recipient of his final rose on the season finale of “The Bachelor” on Monday — but within minutes, James recounted their breakup on the “After the Finale Rose” special with guest host Emmanuel Acho.

“You want to believe that you know your person better than anyone else knows your person,” James said, referencing resurfaced pictures of Kirkconnell at a plantation-themed party and other racially insensitive behavior. “I tried to be there for her … I dismissed them as rumors because that’s what I hoped they would be.”

Kirkconnell has publicly apologized for the posts, but James said he needed to “take a step back” from the relationship. “If you don’t understand that something like [that party] is problematic in 2018, there’s a lot of me you don’t understand. It’s as simple as that,” he said.

When asked by Acho if he considered staying with Kirkconnell, he replied, “You can still really care about somebody and want them to do better. It’s just not a situation that I think that I would help.”

James ended up choosing Kirkconnell to receive the final rose over Michelle Young, telling her in the finale that he saw her as his future wife and the future mother of his children.

However, Kirkconnell, long seen as a frontrunner, came under fire earlier this year over a resurfaced photo in which she appeared to be attending a plantation-themed fraternity formal in 2018. She was also called out for more recent social media posts spreading QAnon conspiracy theories and for liking posts containing Confederate flag imagery.

The photo came to light after the season had wrapped shooting, but before the final episodes had made it to air, leading James to break tradition and publicly speak out about the situation in a statement shared to Instagram. “The reality is that I’m learning about these situations in real time, and it has been devastating and heartbreaking to put it bluntly,” he wrote at the time, naming Kirkconnell without spoiling the extent of their relationship.

“When he first called me to end things my initial reaction was I was very confused,” Kirkconnell told Acho during the finale special. “I was very blindsided. But once that initial reaction went away, I thought about how strong I thought our relationship was. So for him to end things, he must have been very very hurt by everything. It was hard because I lost the love of my life, but in the process of that I hurt him as well.”