TEEN Mom Chelsea Houska's clothing line gets slammed by fans as "hideous" after she promoted her new pieces.

Chelsea, 29, showed off all her clothing collection in a series of Instagram snapshots and stories. 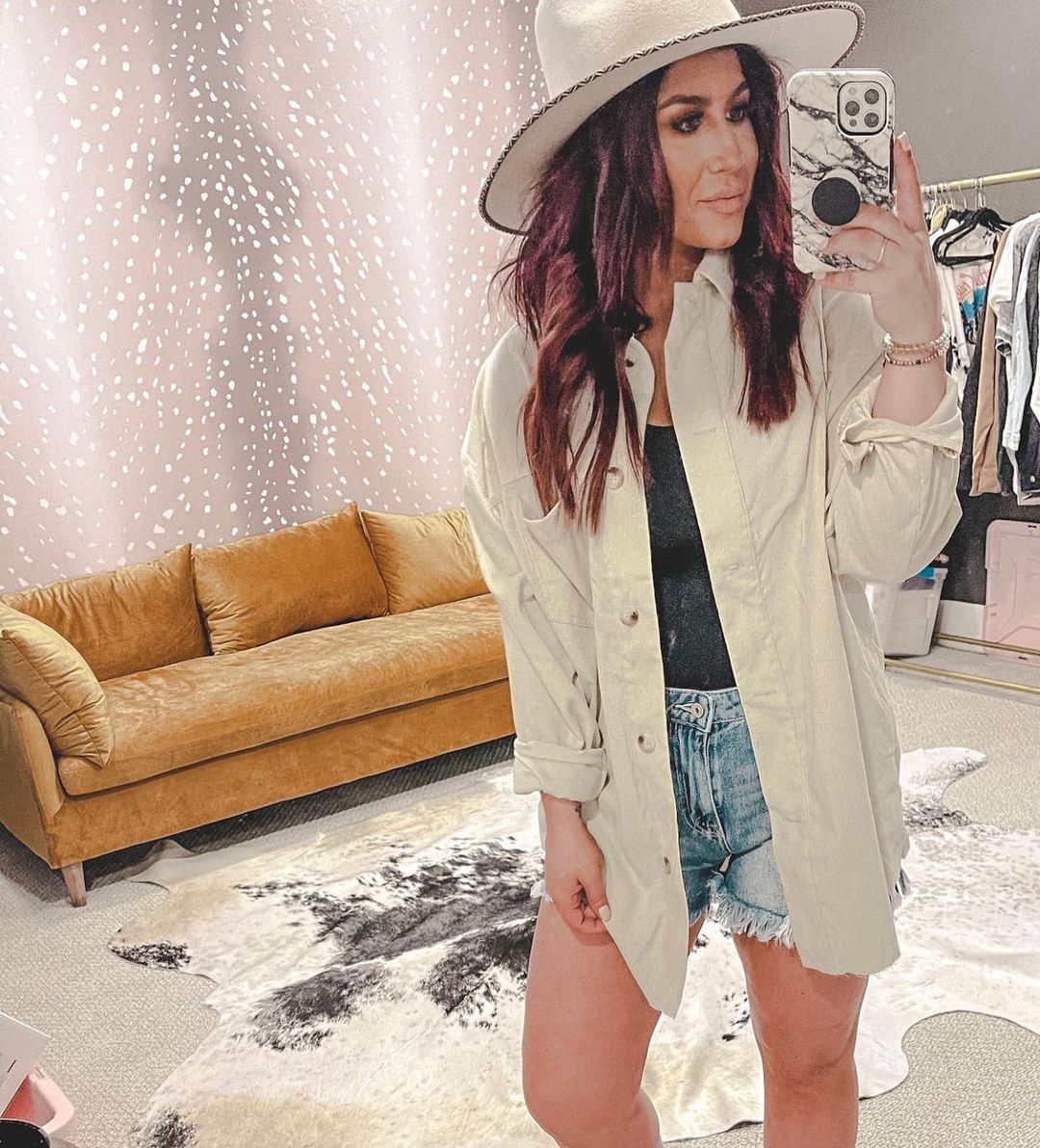 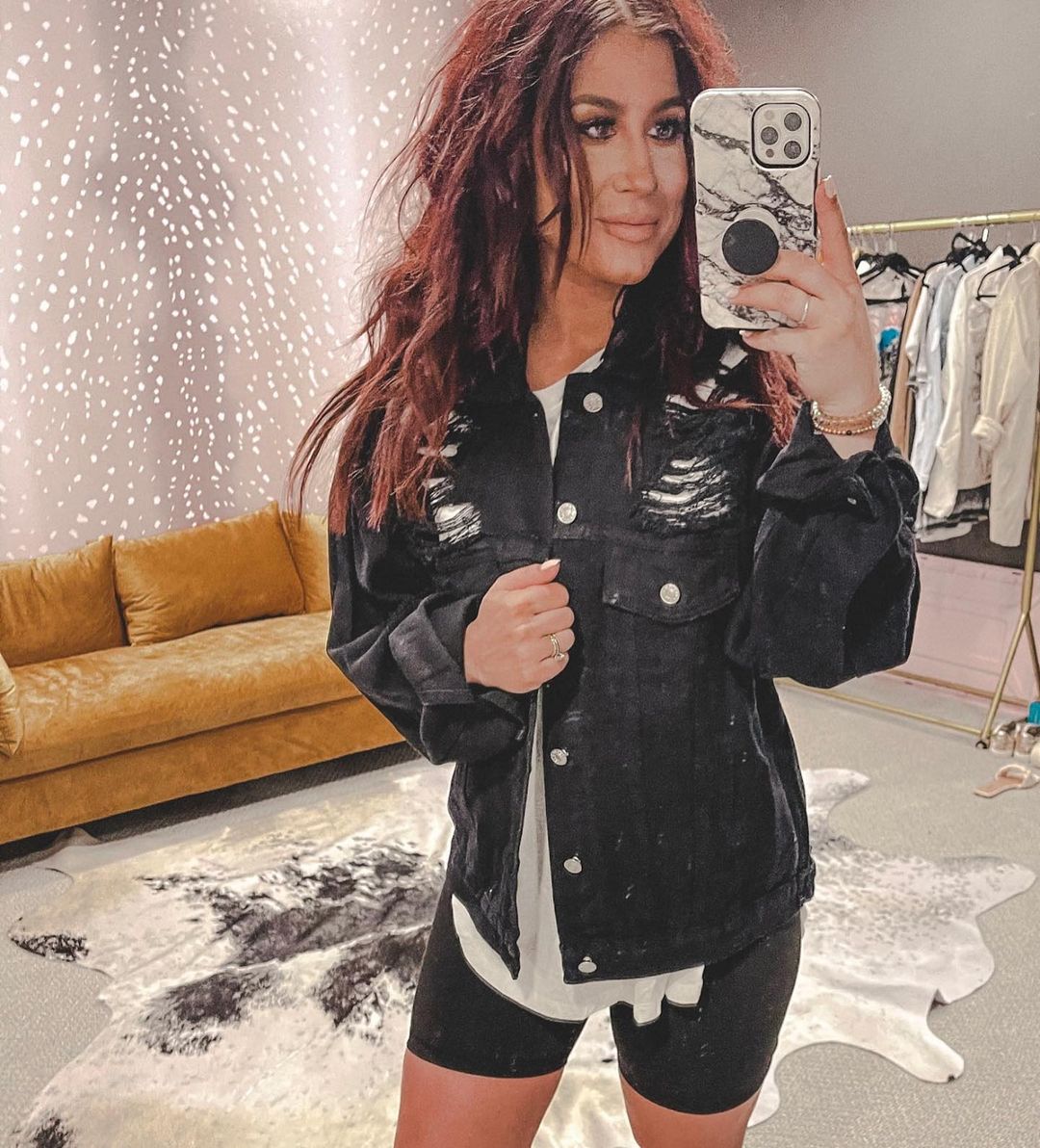 The Teen Mom star posed in her sweaters, tried on different hats, and put on various tight shorts.

The TV personality said she was "super pumped" about the "bike shorts that are launching today."

In the caption of her photo, Chelsea wrote: "I’m convinced we made THE perfect bike shorts and I will be living in them this summer." 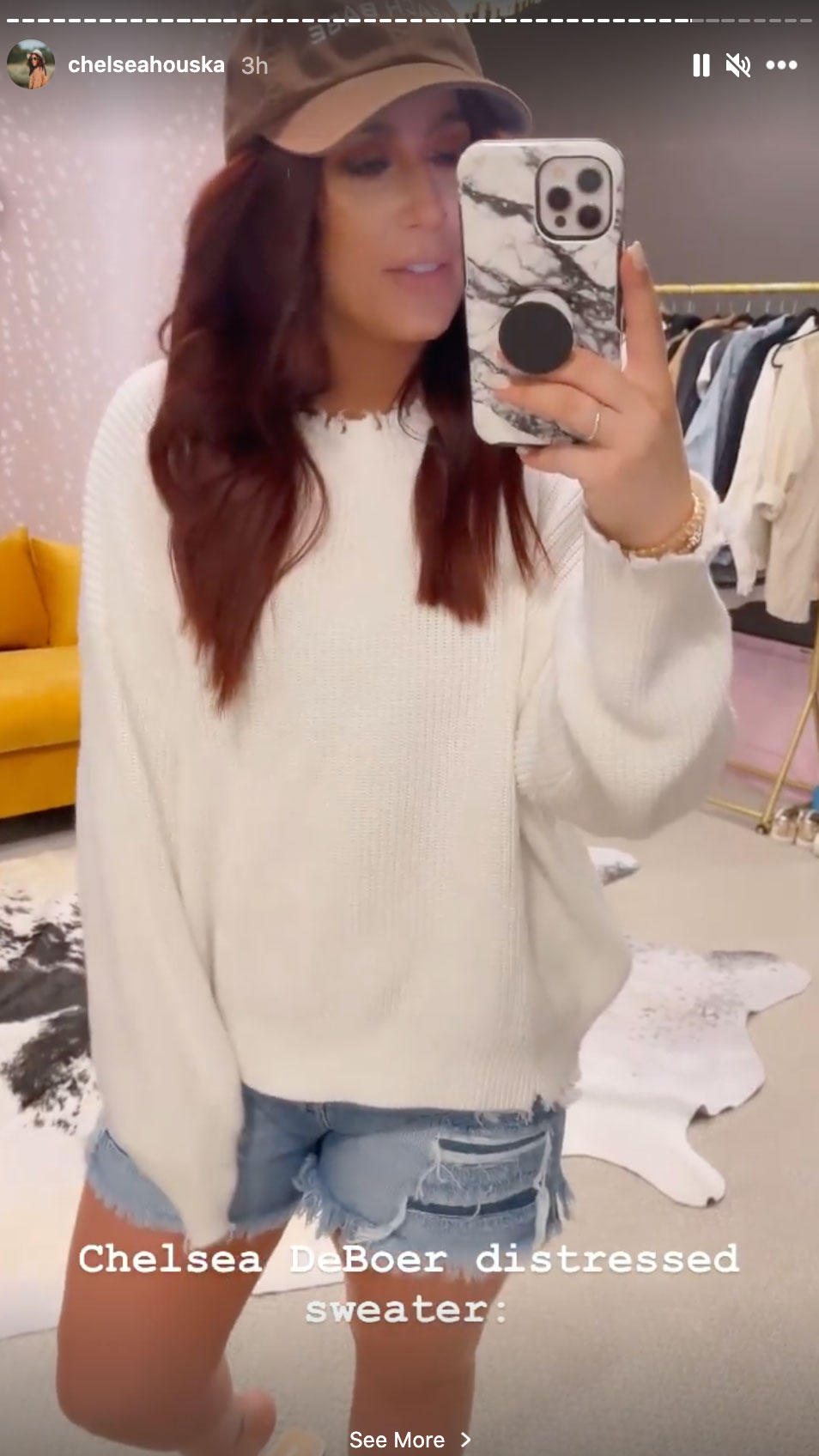 The MTV star asked her fans to let her "know your fav look!"

Unfortunately, fans jumped onto the comments section on Reddit and decided to mock how "hideous" her sandals were.

A fan said: "Those are gramma house shoes. Is a fluffy robe GWP?" 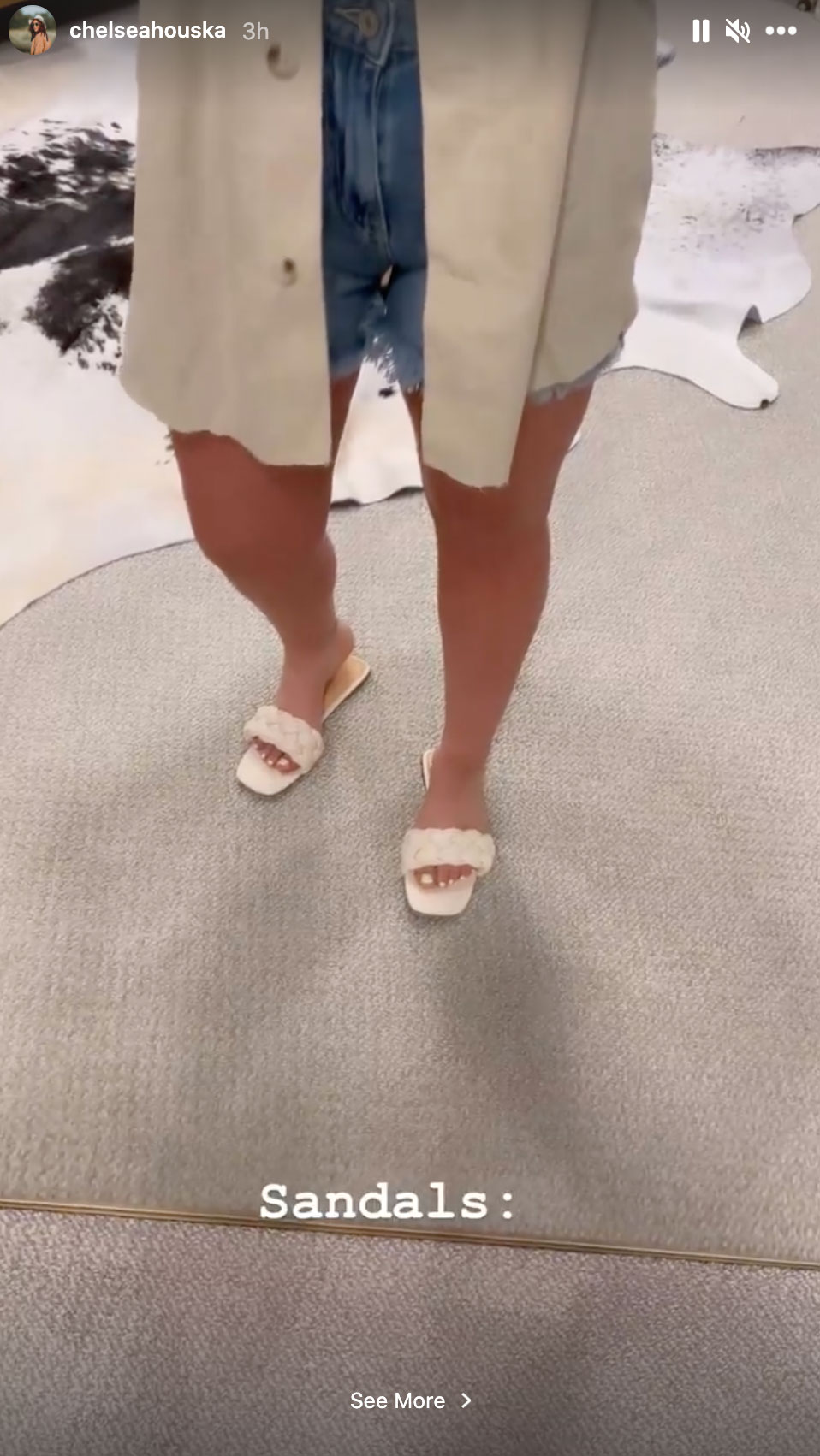 Another person mentioned: "The whole pic is yikes. Stop trying to make blazers and shorts happen.

"Not a fan of the shoes, too narrow and the square toe is awful."

A commentator added: "Those aren’t shoes that fit chels, I am confounded by the physics in this picture"

This is not the first time that fans slammed her on social media.

The reality star and her family recently moved into a new South Dakota farmhouse.

Chelsea shared a snapshot of her two-year-old daughter, Layne, standing next to an “oversized dog dish full of antlers.”

Because Layne was walking around in her bare feet, Teen Mom 2 fans thought the antlers were a “safety hazard” and slammed Chelsea over on Reddit.

One Reddit user wrote: “I just personally wouldn’t have it out with young kids, and it’s ugly.”

A second user explained: “It's not a big deal until a toddler trips and falls face first into a bowl of antlers. That is a sentence I never thought I'd say or type.”

The third commentator explained: "This is dangerous especially with a little little one who will be moving around and doesn’t understand not to touch that.”

The Teen Mom star also shared a “behind-the-scenes” look of her living room.

Fans had issues with the bowl filled with a green substance they spotted.

Fans on Reddit believed the green substance to be pot and mocked her for the marijuana. 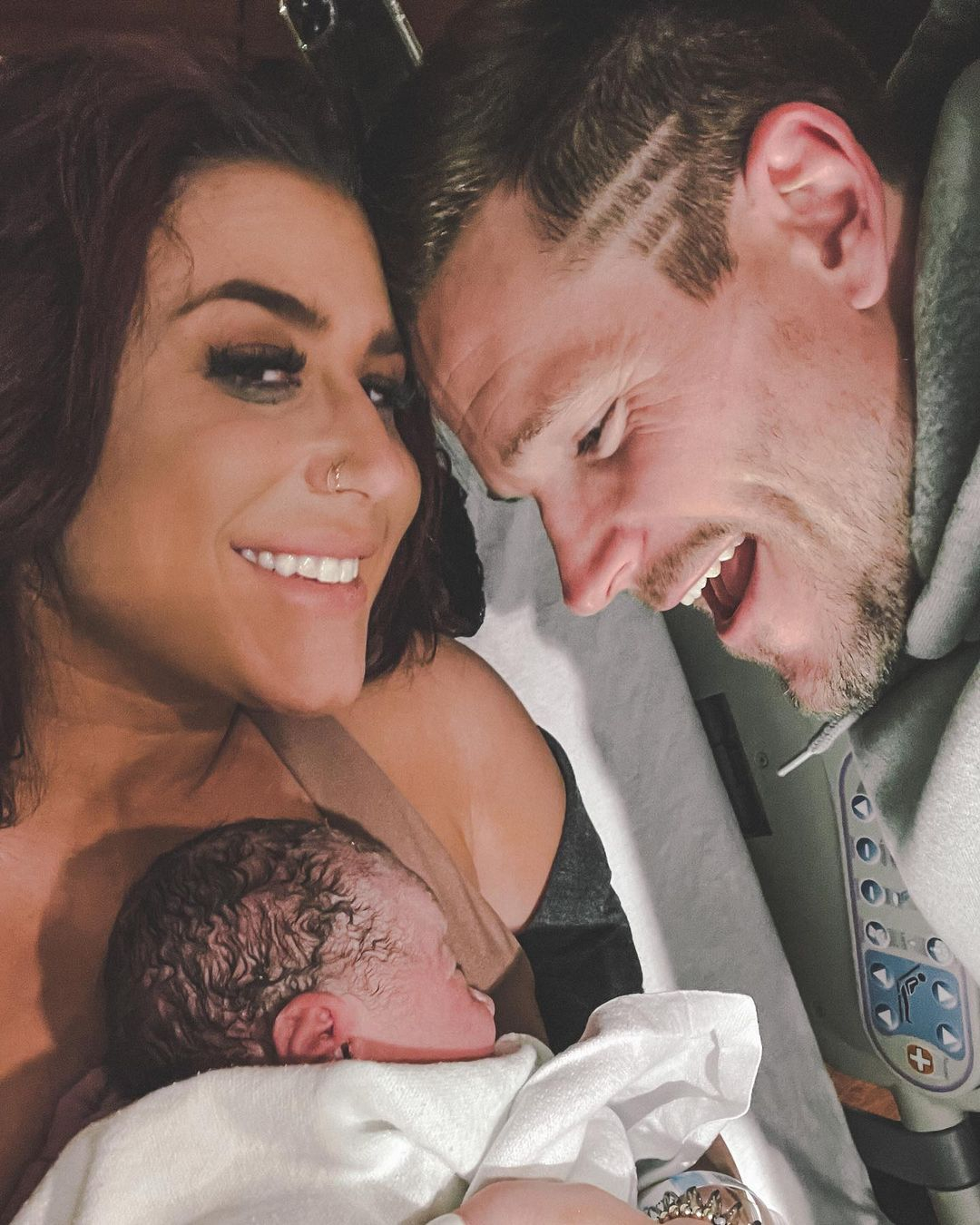 A heckler joked: “Grandma never had a candy dish like THAT."

Chelsea is the mother to daughter Aubree, 12, who she shares with her ex Adam Lind, 31.