If certain happenings on The Bachelor or The Bachelorette sometimes feel (a) scripted or (b) too good to be true, that *might* be because of the producers—sorry to break it to ya. This week, Sydney Lotuaco from Colton Underwood’s season of The Bachelor revealed that she was coached by a producer while on the show and was given directions on what to do and say on screen. True story!

During an appearance on Us Weekly‘s Here for the Right Reasons podcast, Sydney said contestants “talk with producers constantly. And I had a close relationship with mine. He would, like, coach me like, ‘OK, go in there and grab his hand.’ And be like, ‘I know, this is awkward.’ I’m just not a very loud person, so that was a little difficult for me.” 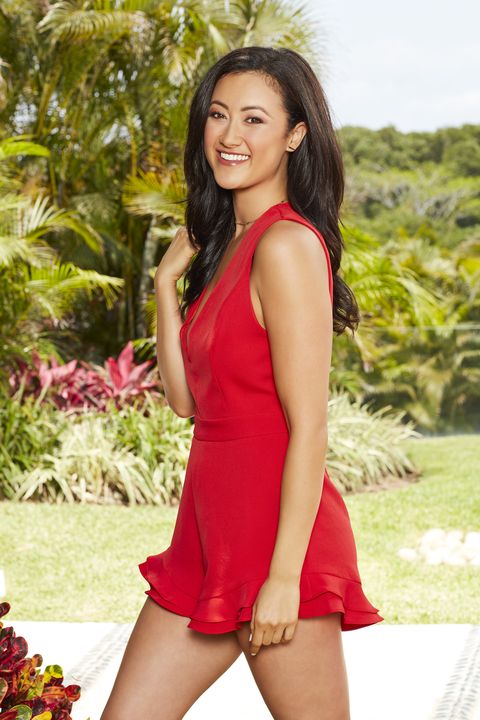 Sydney also said contestants run through a list of topics with the producers before bringing up conversation points with the lead of a Bachelor or Bachelorette season. “Before you go talk to [the lead], you discuss like, ‘OK, these are my things that I want to kind of bring up. This is where I want to push our relationship. How do I go about this?’ And they kind of guide you on that way,” she explained. “It’s super helpful. It’s a lot of just, like, being in your head, like, taking the chance when you can and then sometimes it’s super awkward because it doesn’t work out. You’re like, ‘OK, I’m gonna go over here.’”

Sydney finished her tea-spilling session by saying that the contestants and the producers have an “interesting dynamic” while filming the show. “Everyone has a different [relationship] with who their producer is. But ultimately, if you read the room and the situation that you’re in, you can kind of understand where things are going to go for you,” she concluded.

Welp, sounds like nothing will shock me on The Bachelor or Bachelorette ever again—cool!

You love all the deets on The Bachelor. So do we! Let’s overanalyze them together.