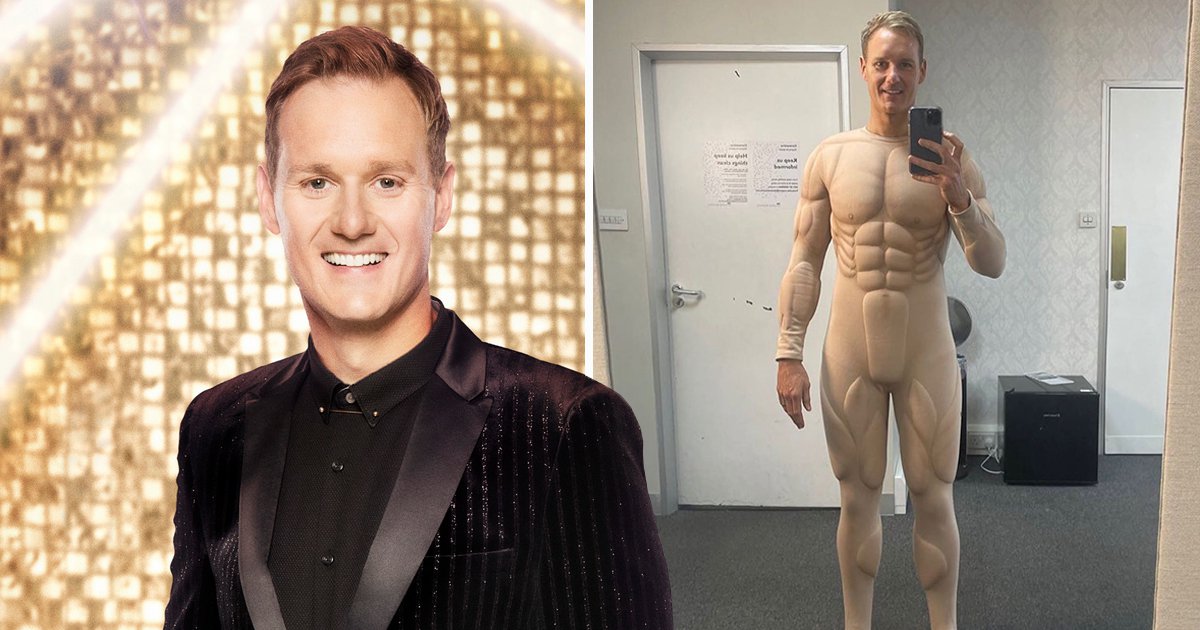 BBC Breakfast host Dan Walker is in full Strictly Come Dancing mode and joked to viewers he’d spent ‘a lot of time in the gym’ as he shared a pre-show picture in a muscle suit.

Dan is known for not taking his social media presence too seriously and often amusing fans and fellow stars on his online accounts.

On Saturday, ahead of his second performance on Strictly with Nadiya Bychkova, he gave a sneek peak of his paso doble preparations.

In view of his 225k Instagram followers, Dan showed off the muscle suit he’d been asked if he wanted to wear tonight.

Alongside the mirror snap, he told fans: ‘I’ve been asked if I want to wear a muscle suit for tonight’s dance…’

He went on to add that he had ‘declined’ the opportunity to sport the fabulous action man-style attire.

In a second slide, he attached a video where he said: ‘I’ve spent a lot of time in the gym this week as well all the dance training, what do you reckon?’ before unveiling the muscle suit.

Nadiya could be heard in the background commenting: ‘Amazing, wow.’

‘Yeah, I’ve been working on these abs for hours,’ he declared, before confirming: ‘I’m not wearing this!’

The post quickly caused a stir with Dan’s followers, including some of his fellow Strictly contestants.

It comes after Dan posted an update on the photo sharing site earlier on Saturday morning ahead of ‘getting in the zone’ for his paso.

He said of Nadiya: ‘She wants me to be serious, intense, smouldering which is heard.

Dan went on to hype up his fellow famous faces ahead of tonight’s sizzling routines.

‘I’ve seen some of the other guys doing their dancing and they are incredible – I think you’ll enjoy this evening,’ he teased.

But who will be the first to depart the dancefloor after this weekend’s extravaganza?

Strictly Come Dancing returns tonight at 6:45pm on BBC One.