The first and only Vice-Presidential debate between Senator Kamala Harris and Mike Pence is still happening on October 7 at the University of Utah, but the candidates literally won’t be within spitting distance of each other because of the coronavirus

As COVID-19 infected Donald Trump prepares to leave Walter Reed Medical Center today, teams for the California Senator and the former Indiana Governor have agreed to put plexiglass between the would-be VP and the current VP. In addition to the separation barrier, the spreading of the potentially fatal virus at the White House, which loyal sidekick Pence frequently attends, has caused the campaigns to agree to their respective candidates to be 13 feet apart on Wednesday.

Previously Pence and Harris were to be seven feet apart, as the former Celebrity Apprentice host and Joe Biden were at what may end up being their first and only debate on September 29. Two days later Trump revealed that he and the First Lady had tested positive for the coronavirus, which has killed over 210,000 Americans and seen over 7.4 million confirmed cases.

Suspected by many to originate out of the September 26 Rose Garden event for SCOTUS nominee Amy Coney Barrett, Trump’s COVID case has seen many in his inner circle and at least three U.S. Senators hit with positive results also.

Pence declared on October 2 that he and the Second Lady had tested negative. Repeated tested, the mask wearing and social distancing Harris has also come back with a negative result, as has her running mate. Biden and Harris were both out on the campaign trail today with the former Veep participating in a NBC News town hall tonight 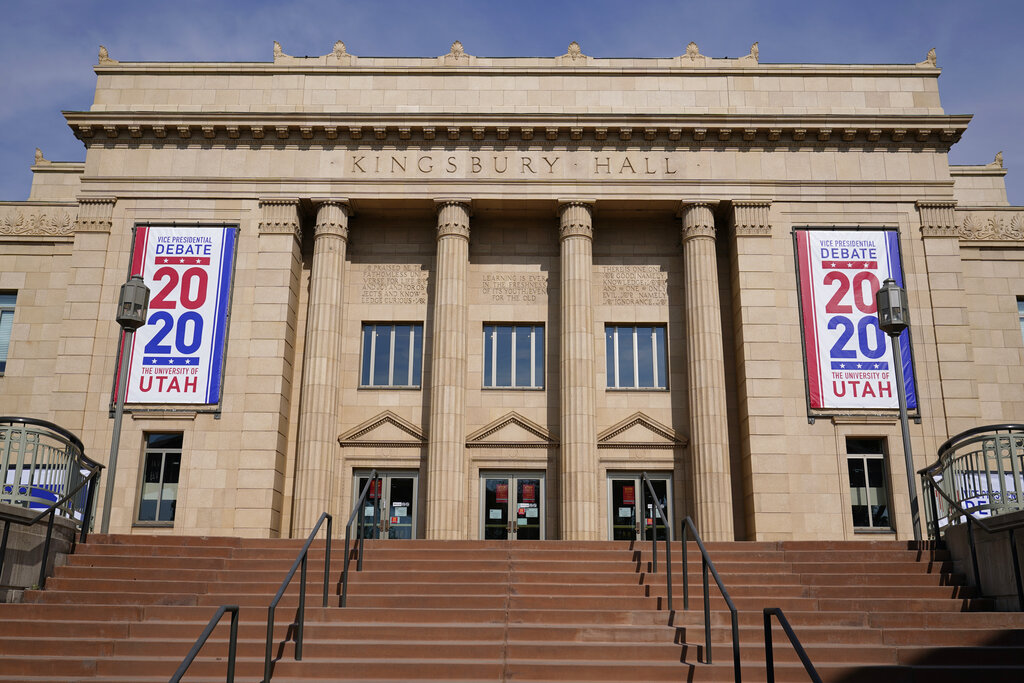 The measures announced Monday come after consultation over the weekend between the campaigns, the Commission on Presidential Debates and the protocol setting Cleveland Clinic. Not that Team Pence could stop themselves from taking the low road. “If Sen. Harris wants to use a fortress around herself, have at it,” VP spokeswoman and previous COVID sufferer Katie Miller told reporters today in a sign of grace in action.

It’s worth noting that VP debate moderator and USA Today Washington DC Bureau Chief Susan Page will be behind a plexiglass barrier too on October 7.

The 90-minute VP debate will be covered live on all the networks, the cable newsers, online and other outlets on Wednesday. The second POTUS debate is still set for October 15, but looks increasingly like it may see Trump and Biden in separate rooms or even sparring virtually at this point. No word if the October 22 third POTUS debate is still on, but no word it isn’t either, if you know what I mean?

The election is set for November 3.