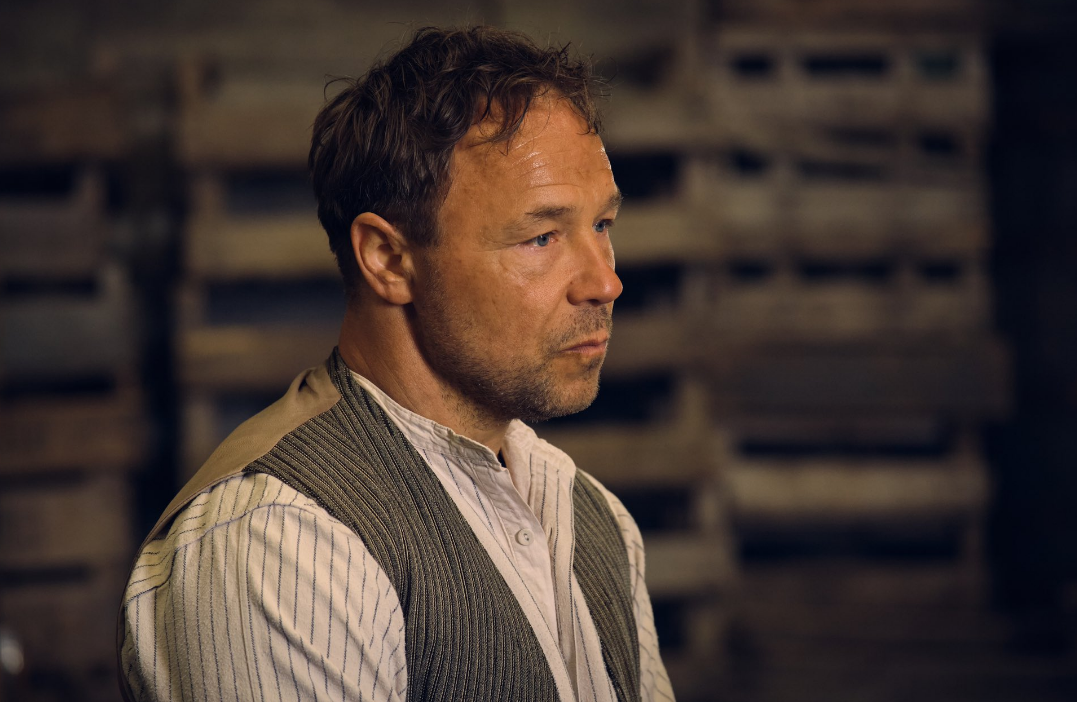 Stephen Graham has shared his first official photo from Peaky Blinders season 6 as he joins the cast for the final chapter.

Just days after the Line Of Duty actor was spotted filming alongside Cillian Murphy, he took to Twitter to repost a picture of himself in character and dressed in period costume.

Stephen added: ‘Thanks for having me,’ with the prayer hands emoji.

It was announced in 2019 that Stephen had been lined up to appear in Peaky Blinders, however, his role had been put on ice ‘indefinitely’ due to the coronavirus pandemic

Speaking to the Pound for Pound podcast last April, Stephen said: ‘I was supposed to be starting Peaky Blinders but that has been put on hold indefinitely.

‘My agent spent a lot of time putting that together.’

As it currently stands, details of Stephen’s role remain firmly under wraps.

Peaky Blinders creator Steven Knight previously said he had devised a role in the drama for Stephen but rubbished rumours he would play gangster Al Capone.

Across its six series, the interwar Birmingham-set show has featured guest stars including Sam Claflin as leader of the British Union of Fascists Oswald Mosley and Tom Hardy as Jewish gang leader Alfie Solomons.

In January, it was announced that Peaky Blinders would come to an end after the forthcoming sixth series.

But creator and writer Steven said the story would continue in ‘another form’ and later hinted at a film.

Peaky Blinders is available to stream on BBC iPlayer on Netflix.

Got a showbiz story?