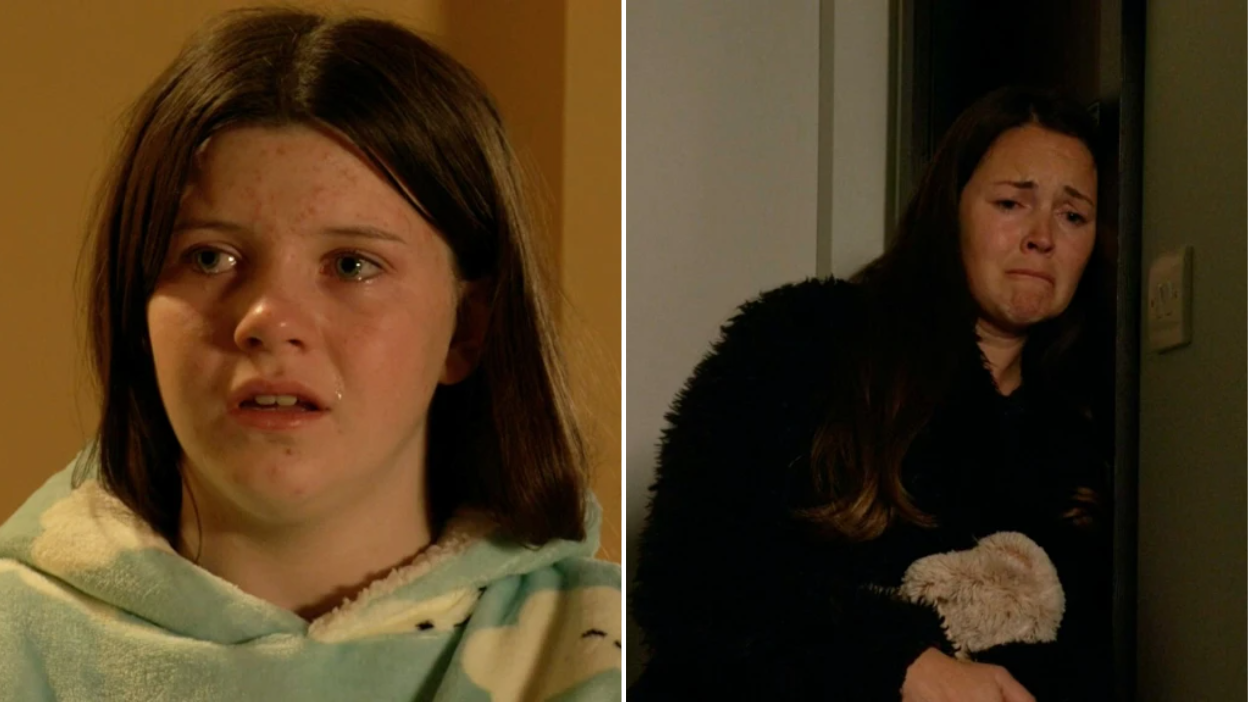 Lily Slater (Lillia Turner), Stacey’s (Lacey Turner) 12-year-old daughter, sat down with a detective in EastEnders tonight, ready to disclose the truth about how she got pregnant.

Tonight, Stacey was struggling with knowing what to do. She failed to tell Martin (James Bye) why Lily was still in hospital after the carbon monoxide poisoning and broke down in tears beside Jean (Gillian Wright), which led her to revealing her daughter’s secret.

As they returned to Lily’s room, Jean was calm in her approach. She handed over the hoodie, cheese and crisps sandwich and teddy she had brought in for Lily, gently alluding to the fact it would be better if she revealed who the father of her baby is.

But it didn’t work.

Lily responded angrily and Stacey’s frustrated tone didn’t help either. Poor Stacey didn’t know whether she was saying the right thing or not. She tried to – once again – remind Lily that she’s far too young to know about sex, let alone actually have it, but her mind wasn’t changing, Lily was keeping quiet.

In an interview room, Lily sat alone with the detective opposite and Stacey listening outside.

The detective told Lily that she wasn’t in any trouble, she just wants to know what happened before she got pregnant, and whether she’s still safe.

As the tears fell for Stacey, she braced herself, ready to listen in as her 12-year-old daughter reveals what happened and potentially who she had sex with.