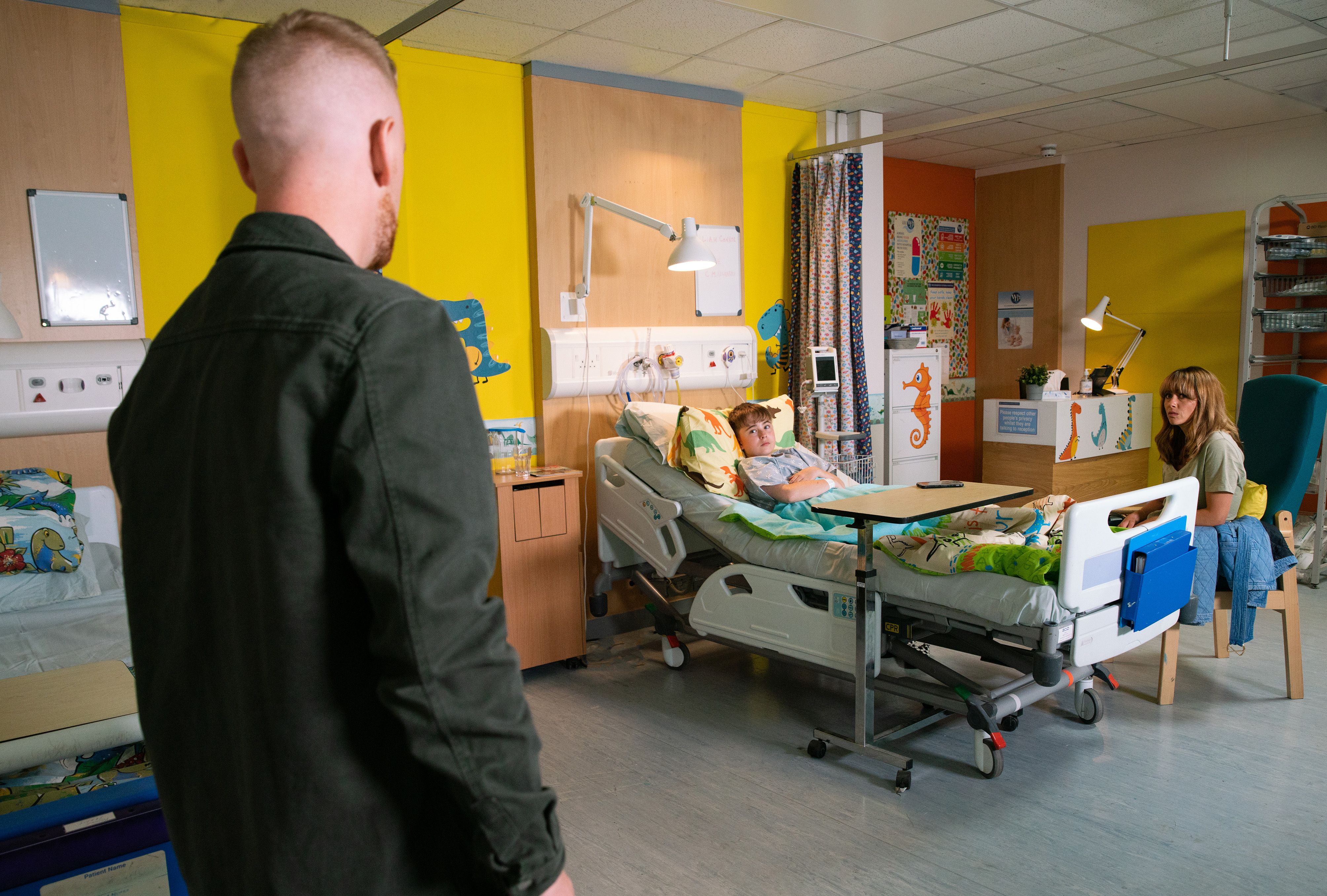 Maria Connor (Samia Longchambon) will be faced with a terrifying situation in upcoming Coronation Street episodes as Liam is rushed to hospital.

When Maria learns what’s wrong with her son, the reason behind his diagnosis will leave her stunned.

While Liam and Jack play football in the street, Sally (Sally Dynevor) collars an indifferent Maria about the parking campaign.

The ambulance arrives for Liam but is unable to turn onto the street due to the double-parked cars.

Thankfully, Ronnie (Vinta Morgan) moves his car to let the ambulance through.

In the hospital, Liam is diagnosed with asthma.

Talking to the doctor, Maria is shocked when she learns the air pollution caused by the traffic fumes is a common cause of the condition.

Upset Liam learns he has to use inhalers and Maria takes out her worries for her son on Gary (Mikey North).

Deciding that the Underworld van is responsible for a large share of the air pollution, Maria insists Sarah (Tina O’Brien) takes it off the road.

Sarah refuses and is later shocked by Maria’s reaction – but what will she do?

Can Liam adapt to his new life using inhalers?