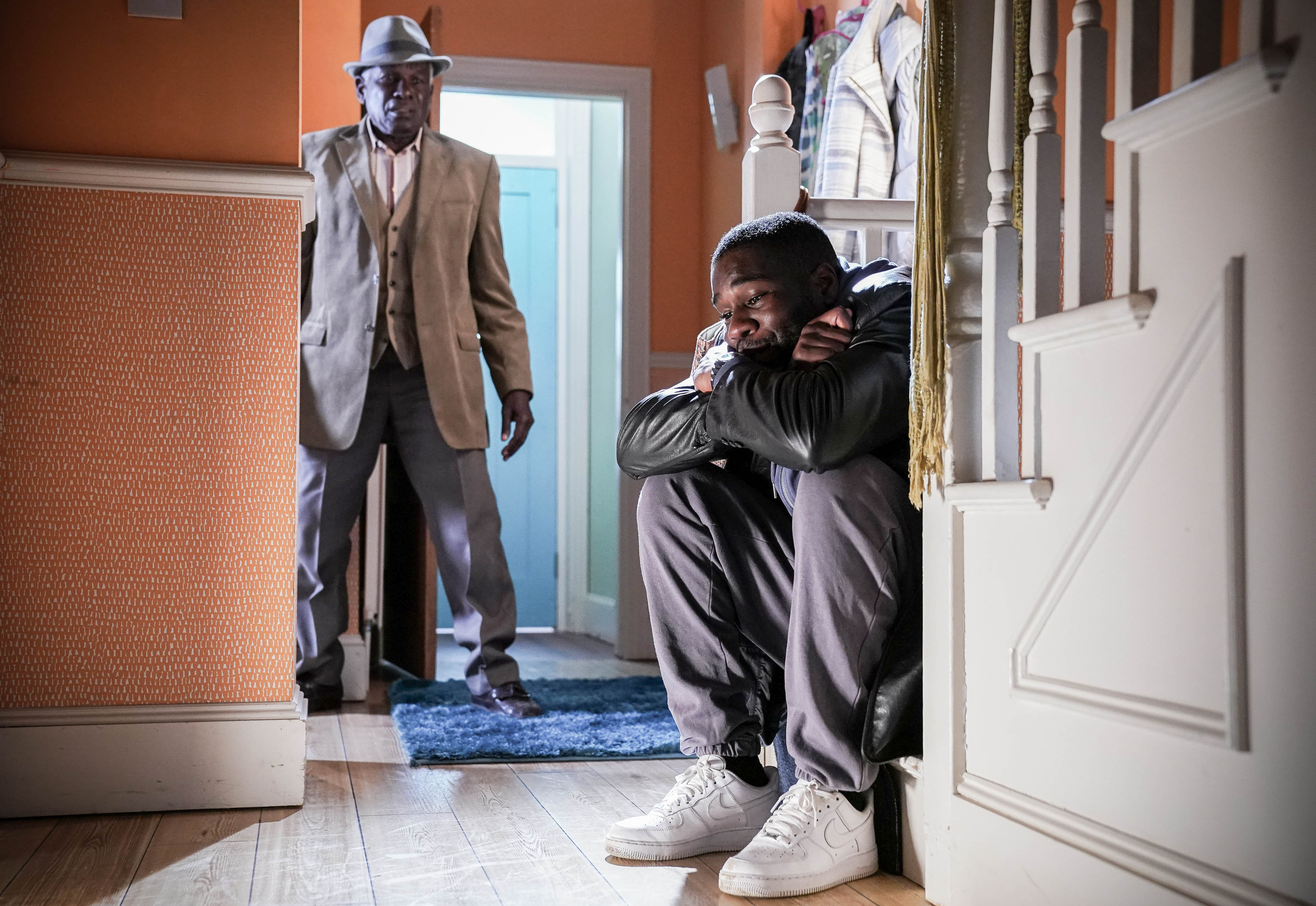 Upcoming EastEnders episodes will see Isaac Baptiste (Stevie Basaula) have an emotional and intense breakdown as his schizophrenia takes hold.

Since making the decision to stop taking his medication, Isaac has convinced himself Johnny Allen covered up his brother Paul Trueman’s death.

Isaac has put all of his effort into collecting evidence to prove his theory but sadly, no-one believes him.

As things take another dark turn, Isaac will break into and trap himself in Ruby’s (Louisa Lytton) house to try and make people listen to him, but because he’s clearly unwell, things don’t go his way.

Discussing Isaac’s desperation to prove he’s right about Paul, Stevie Basaula explained: ‘If you take away Isaac being unwell and some of the lengths he’s gone to trying to prove his theory, then maybe people might think that he’s onto something with all the evidence he has about Johnny and Paul’.

‘Because he’s not well, people immediately dismiss what he’s saying and he’s shut down because he’s obviously not gone about it all the right way’.

I think Isaac is becoming more and more frustrated by everything because nobody believes him and at this point he’s more certain than ever’, Stevie explained when asked about Isaac’s ill health.

‘Lola broke his trust and he feels very betrayed by her so that adds to everything too. People think that what Isaac is saying doesn’t add up or hold any truth so I can understand why it’s so frustrating and why he feels isolated and hurt’.

‘I think you’ll get a good understanding of what’s going on for Isaac and how confused and scared he is, there’s no malice there. He just wants to be heard’.