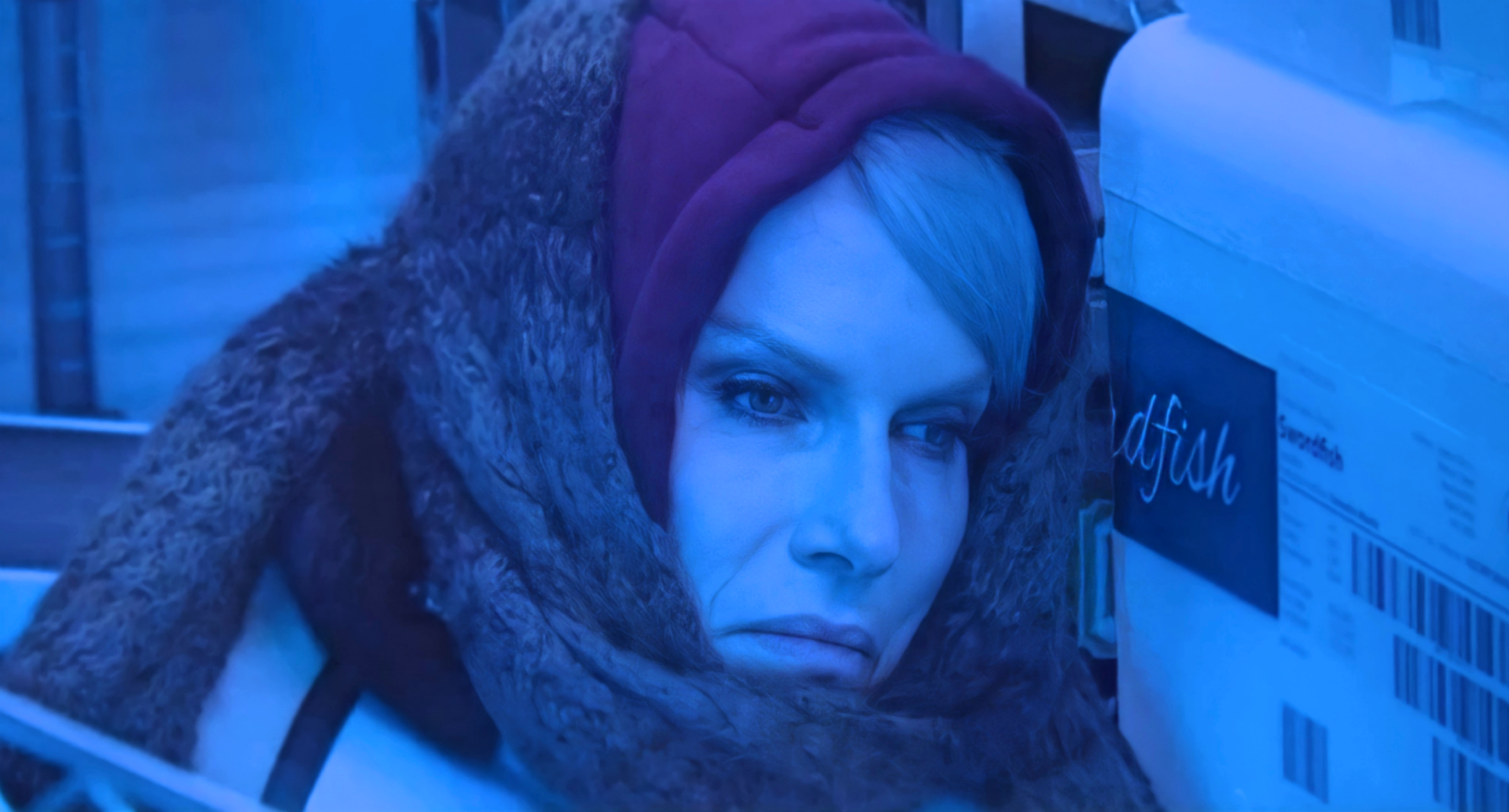 Debbie Webster (Sue Devaney) was reduced to tears in Coronation Street tonight (February 15), as she recalled how her mum’s tragic death had impacted greatly on her life.

The businesswoman is currently trapped in the walk-in fridge at the bistro with older brother Kevin (Michael Le Vell), after sinister Ray Crosby (Mark Frost) locked them in last week.

The animosity between the brother and sister was apparent at first, with Kevin berating Debbie over the damage she’d done since rocking up on the eponymous street.

However, Debbie proceeded to open up about the past, explaining the devastating effect her mum’s death had on her, and why she felt such a thing robbed her of her childhood.

‘I don’t know how it happened,’ Debbie recalled, ‘but I just sort of slipped into [mum’s] shoes.

‘I thought it was my responsibility to look after you and dad. So I made the teas, and cleaned up after you both. Sorted out all the laundry.

‘I was just a kid. I should’ve been out with my mates partying and getting drunk, enjoying my first joint, falling in love. But instead I was at home, scrubbing your dirty undies.

‘I’m not blaming anyone. I was a very willing doormat, just like mum, but I remember thinking: “When I’m old enough to leave home, I’ll never ever be anybody’s doormat again. I’m going to make something of myself.”

‘Trouble is: no amount of money can make up for being on your own.’

Kevin was riddled with guilt, and, while not agreeing with it, he ultimately understood Debbie’s motivation in wanting the development project to be a success.

The pair, having made amends, huddled together for warmth, but will they be rescued before it’s too late?