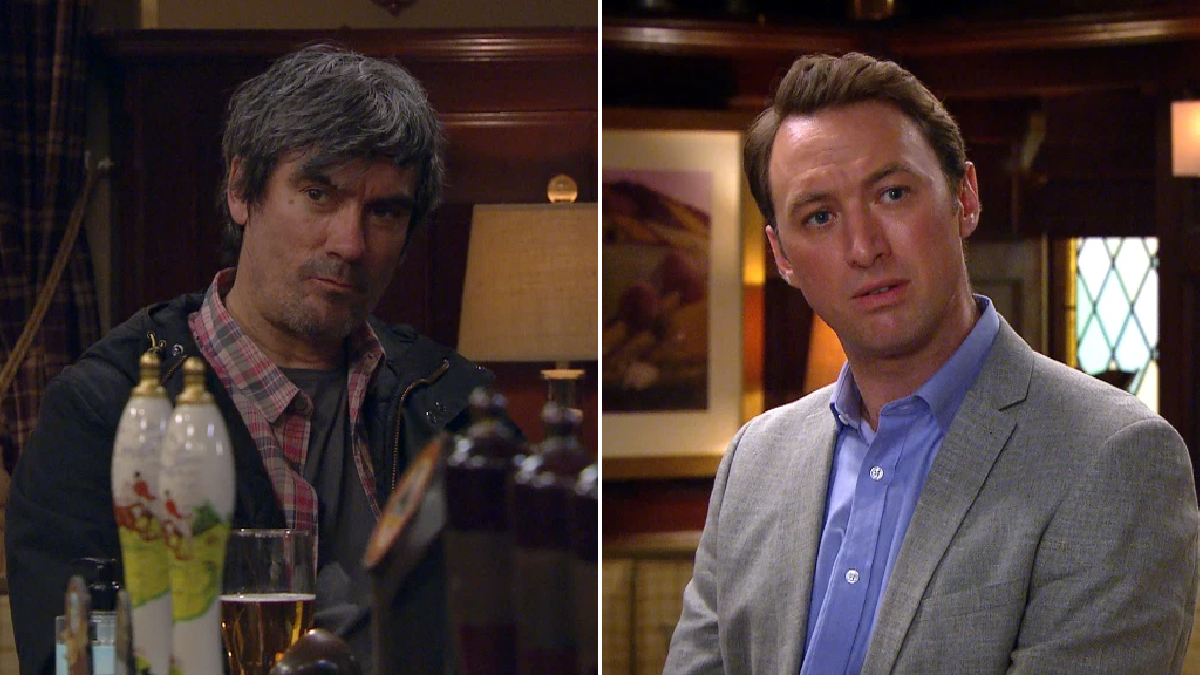 The friendship between Cain Dingle (Jeff Hordley) and Liam Cavanagh (Jonny McPherson) will be looked at once more in Emmerdale as Cain decides to support Liam following the news that Leanna (Mimi Slinger) has died.

Of course, viewers know Meena (Paige Sandhu) was the one who killed the teen, but Leyla (Roxy Shahidi) will tell Meena in upcoming episodes that the police don’t think Leanna’s death was suspicious.

Relieved, Meena can’t resist a triumphal smile as she plays with the ring that she pried from Leanna’s lifeless body.

Overcome with grief, Liam rips apart the flowers that were left at the scene where Leanna was found.

Later, at the Cricket Pavilion, Cain reaches out to Liam in his own way and Liam is grateful beyond words for his support.

It’s touching as the two sit in silent, drinking together.

If Liam and Leyla’s relationship struggles through this, can Cain become the support Liam will need?