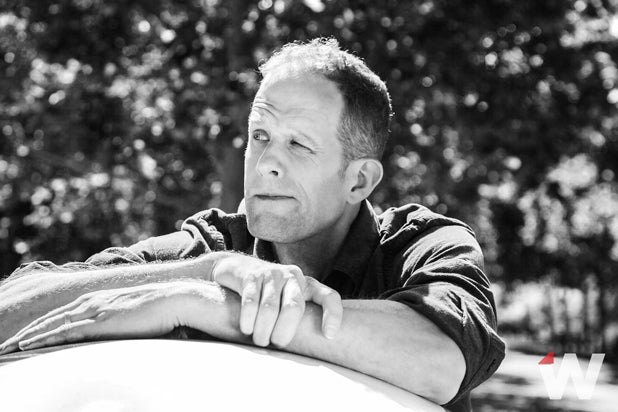 “Soul,” which is the heavy favorite to become the 11th Pixar film to win the Best Animated Feature Oscar, is arguably the most ambitious project ever from a studio known for some crazy premises. It’s also Docter’s first as a director since becoming chief creative officer of Pixar. Development on “Soul” — a tale of a jazz musician who cheats death and winds up in an ethereal realm where souls gain their traits before going to Earth — began before Docter was promoted, and he knew the idea was special even in those early pitch meetings.

“People got on board because all the films we do are about us, even if the premise is far out,” Docter told TheWrap. “It deals with the questions we all ask ourselves at some point in our lives. Things like, ‘Who am I?’ and ‘Where am I going in my life and what’s the purpose of it all?’ And why not try exploring it with animation?”

Dana Murray remembered the first time Docter pitched “Soul” to the Pixar team, and how one animator described the premise as “Pete Doctor Unleashed.”

“We just kept waiting for someone to ask if we were sure it was a good idea, but that never came,” Murray said. “They just kept trusting us all the way through and nothing in the premise was ever watered down.”

If anything, more was added to Docter’s initial idea. He brought in Kemp Powers — who also earned an Oscar nomination on Monday for his “One Night in Miami” screenplay — to help shape the script to reflect modern Black culture in Harlem. As “Onward” director Dan Scanlon previously told TheWrap, Pixar encourages its artists to put as much of themselves in their work. And though Powers came in from outside Pixar, Docter encouraged him to adopt that same attitude when developing the film’s protagonist, Joe Gardner.

“At the heart, we think of our work as indie films in that they should be very personal, and along the way, everybody that works on the project finds a way into what is being said. If we see something personal in a very truthful way, then it will resonate with people,” Docter said. “At the start, ‘Soul’ was just going to be about, ‘What is life really about?’ For Kemp, this story was about whether Joe should stretch his neck out to try a new career, which was very personal to him. Screenwriting is his third career, and switching to it was a real risk at his age.”

The inspiration of Black artists also influenced the movement of the jazz musicians in the film. Jon Batiste, band leader for “The Late Show With Stephen Colbert,” not only provided the jazz compositions for “Soul,” but also gave the animators footage of his piano performances to guide the scenes where Joe plays the piano. Joe’s hands in those scenes are exaggerated versions of Batiste’s hands, with the subtleties of piano players and other jazz musicians emphasized to allow casual audiences to see the unique beauty of the art form.

“Jon was dumbstruck when he saw the final film, and we got great feedback from Herbie Hancock, who told us that there’s an incredible accuracy that the animators were able to bring to the screen,” Docter said. “Our animators like to exaggerate and take things further from the reference footage they receive, but they did such a great job with the hand and body movements of the musicians to really bring to life what it’s like for these jazz musicians to perform.”

Docter is hard at work bringing that attention to detail to Pixar’s next set of films, which includes “Turning Red,” a story about a preteen girl who turns into a red panda whenever she has an emotional outburst. Director Domee Shi has already taken the Pixar philosophy of adding a personal signature to heart, having won an Oscar for the animated short “Bao,” which was praised for adding small details recognizable for viewers who grew up in a Chinese immigrant home.

“I think Domee is tapping into some similar themes as she did in ‘Bao,’ specifically about dealing with your parents as you’re growing up,” Docter said. “It’s a very personal story for her and she turns it into a fantastic, weird premise to create a metaphor of what it’s like to grow up.”