Whoops, Trump’s gonna have to look elsewhere for his next gig 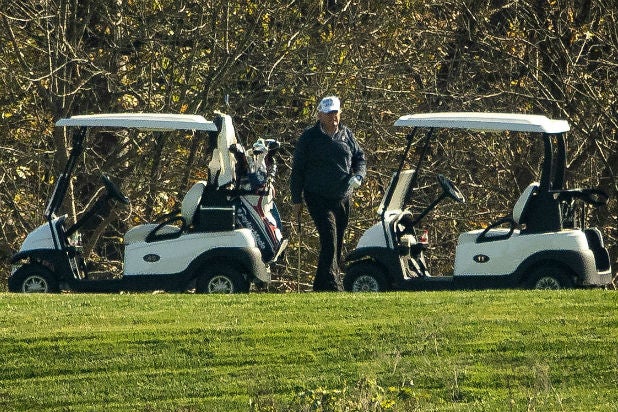 Donald Trump didn’t just lose his current job on Saturday when he was defeated by Joe Biden in the 2020 presidential election. He also lost a promising offer for what could have been his next gig after being kicked out of the White House: Serving as a “racist buffoon” for “Borat” star Sacha Baron Cohen.

Now we understand the last week has lasted for at least a decade, so just in case you forgot: Back in October Trump’s personal lawyer, Rudy Giuliani, humiliated himself in a scene late in Cohen’s latest film, “Borat Subsequent Moviefilm,” where he appeared to shove his hand down his pants while lying down on a hotel-room bed after being interviewed by Baron Cohen’s co-star Maria Bakalova. Giuliani claimed he was only tucking his shirt in, though plenty of people noted how the actions he made don’t really resemble how the vast majority of people do that.

When asked about the fiasco, Trump called Cohen “a creep,” which prompted Cohen to make his job offer. “Donald–I appreciate the free publicity for Borat! I admit I don’t find you funny either,” Cohen said Oct. 24. “But yet the whole world laughs at you. I’m always looking for people to play racist buffoons, and you’ll need a job after Jan. 20. Let’s talk.”

Alas, when it rains, it pours and it is very much raining on Donald Trump. Saturday afternoon, amid impromptu street parties celebrating Trump’s defeat, and a seriously huge amount of Trump dunking on social media, Baron Cohen rescinded his offer.

“Donald–you’re out of work and I know I offered you a job,” Baron Cohen tweeted. “But your performance this past week was tragic and sad. Offer rescinded.”

Baron Cohen didn’t specify what specific performance he was referring to, but we’re guessing it was everything Trump has done since Tuesday. For instance, his repeated attempts to cast aspersions on the process of counting votes that culminated with a disturbing speech on Thursday filled with lies, including Trump’s baseless claim he has been cheated in the election. The speech was so over the top that most networks stopped airing it as soon as the lies began, CNN called him “pathetic,” and even Fox News expressed skepticism about Trump’s false claims.

See the tweet in which Trump lost another job below: