Sacha Baron Cohen is known for creating and portraying many fictional characters, adopting a variety of accents and guises for each and rarely appearing out of character. In most of his routines, he interacts with and ridicules unsuspecting people, who often have no idea that they are being pranked, or by whom. Cohen applies the same formula on his freshman Showtime political satire series “Who Is America?” in which he portrays at least half-a-dozen fictional characters. For someone of his stature, standing at a svelte 6 Feet 3 Inches tall, and with international fame, it’s a wonder that he isn’t immediately recognized by targets of his mischief. It’s a question that Don Cheadle posed to Cohen during a recent sit-down for Variety‘s “Actors on Actors” series.

“You are very popular and famous, and I would recognize you anywhere,” Cheadle said at the start of his inquiry. “Have you ever been busted?”

In response, Cohen recalled tests his production did with “Who Is America?” during which he wore a massive wig for a scenario that was to unfold in a gun store. “The guy immediately looked at me and goes, ‘I know you.’ With recognition, it happens within the first second. There’s a part of the brain that recognizes the face,” Cohen said.

And so he realized, at that point, like his idol Peter Sellers, he “had to do more extreme stuff” in order to avoid being immediately recognized. That included seeking the professional expertise of celebrated makeup and special effects designer Tony Gardner (“Zombieland,” “127 Hours,” “Hairspray,” “Bad Grandpa,” “The Addams Family”). “I went to him: ‘Do you think you could create prosthetics good enough that they would exist in the real world? Because I can’t be touched for three hours.” 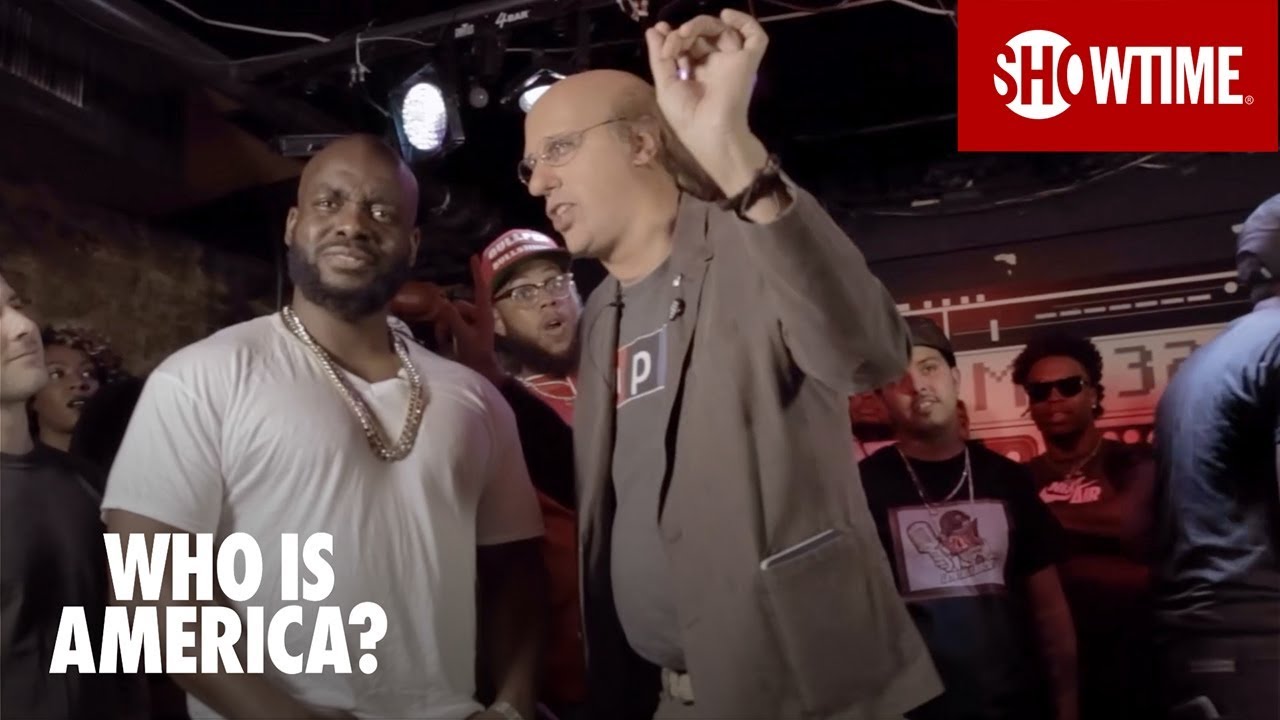 This would cement a practice that meant getting up at 3:30 a.m. on shoot days, and spending five to six hours in a makeup chair, creating an entirely new person. “It’s layers and layers, and then it’s an hour taking it off,” Cohen said.

As intense as the process might appear, Cohen admitted that he tries not to go “too far” with any character or scenario, because, ultimately, his goal is to elicit the most honest of reactions from his subjects. “I don’t want anyone to get hurt, but I want to see people’s real thoughts. I’m provoking them sometimes to see the effect of this new political culture that we’re in,” he said.

Claiming to be inspired by key socio-technological advancements in recent years, Cohen added, “It’s not just Trump. We’re in the biggest revolution that’s happened in the history of civilization. We are in the internet age. It’s bigger than the Industrial Revolution. It’s transformed the way people think; no one knows what facts are anymore. It allows people who are spreading lies to actually seem like they’re legitimate.”

He then blamed Twitter CEO Jack Dorsey for essentially capitalizing on trends, no matter how objectionable, all for the sake of profit. Per Cohen, “Trump without Twitter probably would not have become president, which is why Jack Dorsey is in the White House, having a meeting with Trump. He’s sitting across the president, who’s actually the biggest celebrity endorser of his corporation. And Jack Dorsey and Twitter cannot implement any restrictions against white supremacists or racists. They get rid of racists, they’re going to have less Twitter subscribers. We’re living in a dangerous society right now.”

Watch the conversation between Cohen and Cheadle: