Riverdale is no stranger to taking on tough subjects with its various flash-forwards and foreshadowings.

As if in some kind of stunned trance, Betty shouts at Archie a few times before he responds, forcing her to repeat herself: “We burn our clothes, wash the blood off, and never speak of this again.”

To fans’ horror, Archie then threw in Jughead Jones’ (Cole Sprouse) iconic beanie, teasing that something terrible had happened to him.

Although viewers are most likely going to have to wait until October to see what actually happened, the show’s writer Roberto Aguirre-Sacasa recently spoke to The Hollywood Reporter about the scene, and what is to come in season four.

First, on the cliffhanger itself, Roberto said: “We wanted, for once, to not end our season with something bad happening. Instead, we wanted to build to something in season four, an unspeakable crime.

“So rather than have something bad happen in the finale, we wanted to flash forward to it, so that part of the fun of season four will be seeing, how did we get to that place? How did those three characters, Archie, Betty, Veronica, get to be in the woods, around that fire, covered in blood, burning Jughead’s beanie?”

He added: “We thought that was a really great challenge to us, and a different way to do a cliffhanger.”

On what to expect for season four, Roberto went on: “I would say that we’re really, really leaning into the fact that this is the last year this group of friends, this group of people, might be together.

“That’s the underlying theme, and it’s also kind of what senior year is always about.” 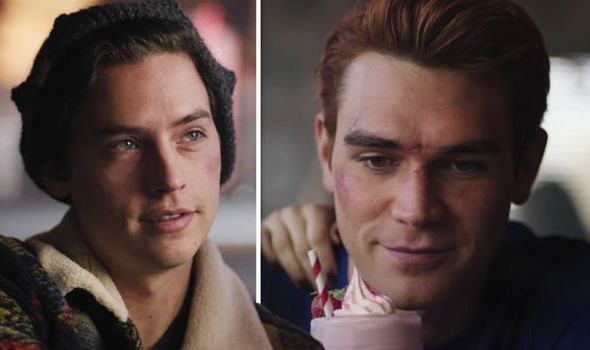 We thought that was a really great challenge to us, and a different way to do a cliffhanger

Roberto also added moving from high school to college is a “big step” – and likewise, it is a big step to go from having characters manipulated by a cult to straight-up murdering their best friend.

While it is extremely unlikely that Jughead has been killed off, could the truth be in his absence?

The team will no-doubt be looking to cover the tracks of their friend if he is truly in trouble – could Jughead have killed someone, prompting the protection of his friends?

What’s more, season four will have to address the next step in Fred Andrews’ (Luke Perry) story.

Luke tragically passed away earlier this year after having a stroke, and, at the moment, the show has not addressed his exit. 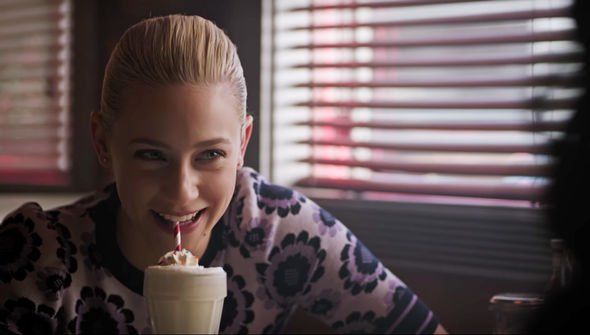 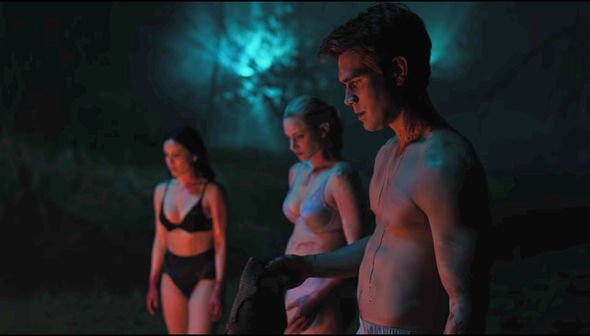 Roberto also spoke to The Hollywood Reporter about Luke’s absence, and explained season would “absolutely” address his death.

He went on: “When Luke passed, we had already broken and written a lot of the end of the season, and we really wanted to – I mean, it was just devastating. And we wanted to honour Luke.

“And figure out the best way to handle the character of Fred Andrews in the show, so we sort of said, you know what? Let’s not squeeze, let’s not rush to squeeze something into the finale, or into the last couple of episodes.

“Let’s really think about it, and let’s tell that story at the beginning of season four.”

Riverdale returns to The CW and Netflix later this year.