The first season of Rick and Morty may have been released on Adult Swim and Netflix several years ago, but perceptive fans have still spotted some glaring animation errors. One scientifically-minded viewer has corrected a major factual mistake in Anatomy Park.

The Smiths’ family Christmas is derailed in dependable Rick and Morty fashion in the third episode of season one, Anatomy Park.

Rick Sanchez and Morty Smith (both played by Justin Roiland) sabotage the traditional holiday when the deranged mad scientist shows up with a homeless man named Ruben (Jess Harnell).

It’s quickly revealed that Ruben’s body has become the testing ground for one of Rick’s bizarre science experiments.

The duo are shrunk down to a miniscule size and inject themselves inside Ruben’s body, whereupon Morty is shown round a biology-based resort named Anatomy Park. 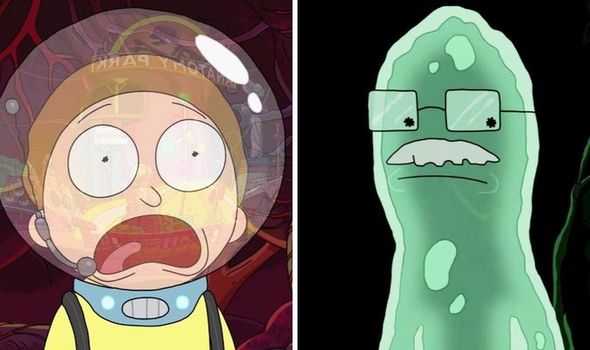 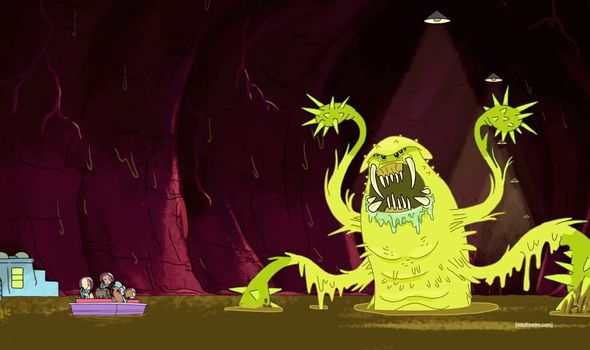 Unfortunately, Ruben is riddled with viruses and infections, and the pair have to find a way to escape from the hordes of bacteria and diseases.

Instead of dinosaurs, Morty takes on microscopic creatures such as the bubonic plague and Hepatitis A. 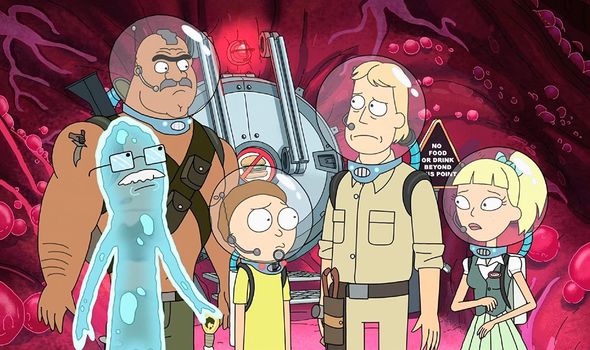 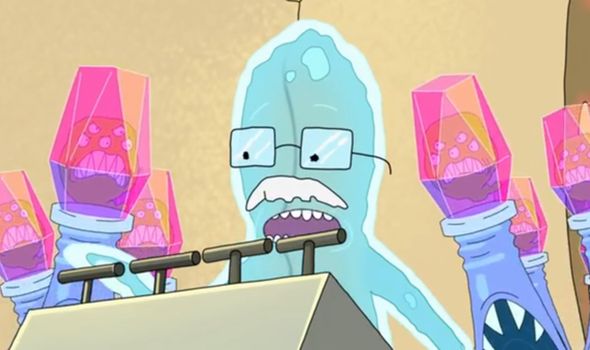 However, it appeared the animation team did try to adhere to some scientific basis with the design of E.coli.

This version of the bacterium eats Dr. Bloom when the gang are trying to operate a train formed out of Ruben’s skeleton, known as the Bone Train.

As opposed to the other diseases that sabotage Rick and Morty’s tour around Anatomy Park, the spider-like design of E.coli is actually based on real microscopic images of nasty bugs that can lurk inside the body.

Sadly, some perceptive fans have noticed the animators drew inspiration from the wrong class of unwanted guests.

One viewer posted: “The E Coli outbreak in Anatomy Park are designed like viruses when E Coli is a bacterium.”

Although there seems to be some debate, as another said: “This version of E. coli appears to be a bacteriophage as opposed to an actual bacterium.”

A quick internet search or a peek at a science text book confirms Rick and Morty’s depiction of E.coli actually looks more like a bacteriophage, rather than a bacterium.

In reality, the E.coli bacterium is formed of a single cell capsule surrounded by plasma and housed by a cell wall, which floats through the intestines with the use of long flagellum.

Conversely, the show’s portrayal of E.coli looks much more threatening and bears a striking resemblance to bacteriophages.

The bacteriophage is actually a smaller virus that lives and feeds on the larger bacteria, and resembles an insect-like creature with a head, tail and legs.

Despite drawing heavily from real science, it appears Rick and Morty’s animation team need a refresher course on microscopic organisms.

Rick and Morty Season 4, Part 1 is available to stream on Netflix.