No season of “Real Housewives” is complete without a few cheating allegations. “OC” fans will remember that former housewife Vicki Gunvalson’s time on the show was riddled with cheating rumors from all sides. First, Vicki cheated on her ex-husband and started dating a man named Brooks, who spent the next few years cheating on her and pretending to have cancer. “Real Housewives of New York” star Ramona Singer was blindsided when she learned she was having an affair with another New York City socialite. “I left him a note saying, ‘Please don’t come to the house in the Hamptons, and please get an apartment,” she told Us Weekly. “I don’t want to see you anymore.”

Across all the series of “Real Housewives” spinoffs, someone cheating on someone is pretty much a guarantee. The latest housewife to join the Bravo tradition is “Patomic” housewife Wendy Osefo, who is currently dealing with some major relationship issues. Here’s what we know.

Wendy Osefo doesn't want to talk about the rumors 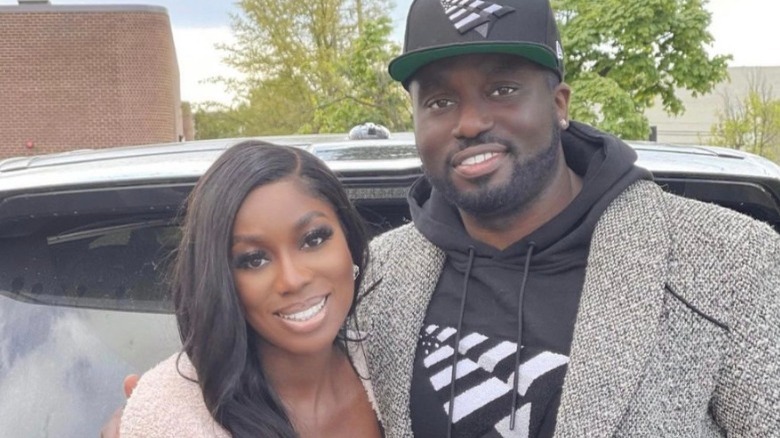 For months, Wendy Osefo has been plagued by rumors that her husband Eddie is cheating on her. Like all good “Real Housewives'” rumors, it started on a blog. Finally, filming has caught up to the game of telephone, and Wendy has spent most of this season attempting to dispel any lingering rumors regarding her husband’s infidelity by changing up her entire wardrobe. However, things came to a head on a recent episode when Gizelle Bryant asked about the stories on camera and if that was why Wendy was dressing differently and Wendy lost it. She yelled and screamed and told everyone to stop talking about her husband.

So, what exactly are these rumors? According to unverified sources in the depths of Reddit and reality TV blogs, Eddie has been rumored to be carrying on a relationship with another woman. Considering some of the stuff we have seen on Bravo, this is hardly worthy of a storyline. The real bombshell, though, was that, in addition to his girlfriend, Eddie allegedly fathered a child with a different woman while being married to Wendy and potentially also while having a girlfriend, per ScreenRant.

We do not know if Wendy believes the rumors, but we do know she looks great this season, which is the best revenge if they are true.