REBEL Wilson revealed she has "fertility struggles" and said "the universe doesn't make sense" after a doctor gave her the "bad news." 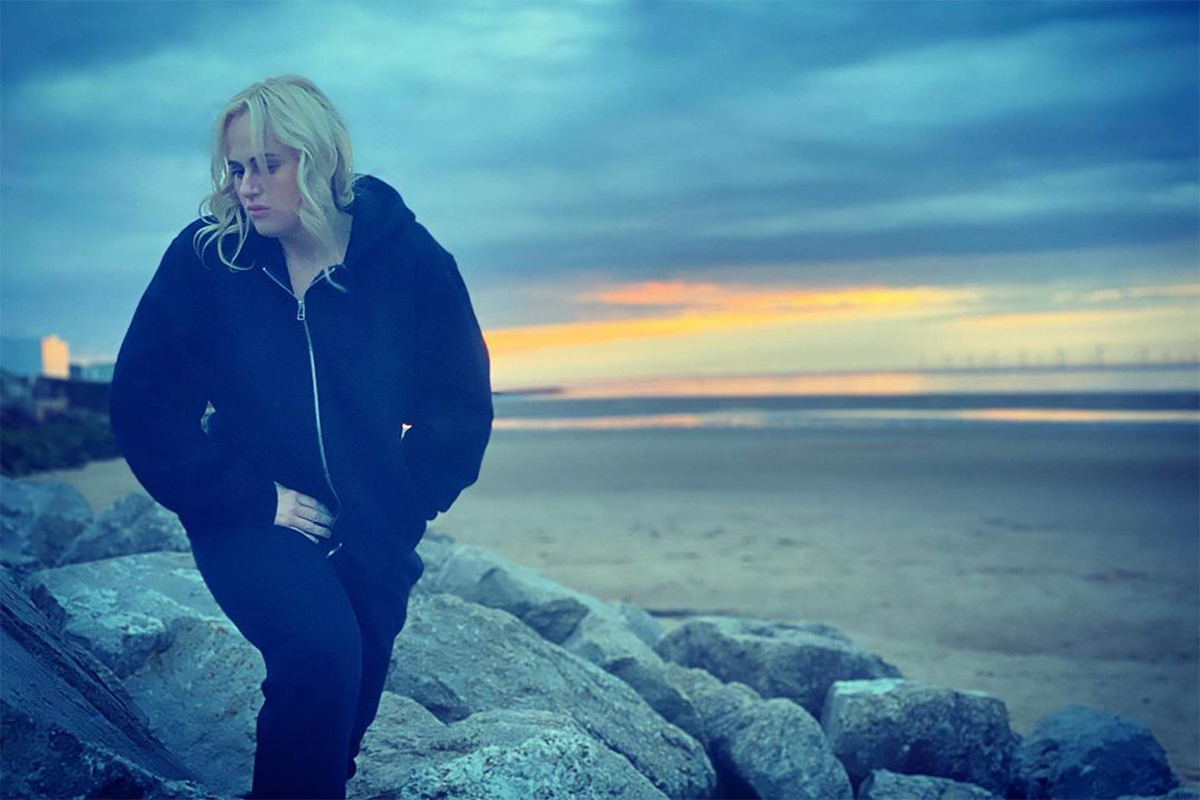 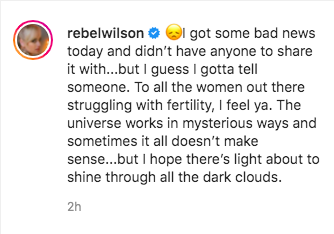 Rebel shared a photo of herself walking alongside a scenic view by the water as she looked down at the ground with a serious expression.

Alongside a sad looking emoji, the actress wrote: "I got some bad news today and didn’t have anyone to share it with…but I guess I gotta tell someone.

"To all the women out there struggling with fertility, I feel ya."

Rebel concluded: "The universe works in mysterious ways and sometimes it all doesn’t make sense…but I hope there’s light about to shine through all the dark clouds." 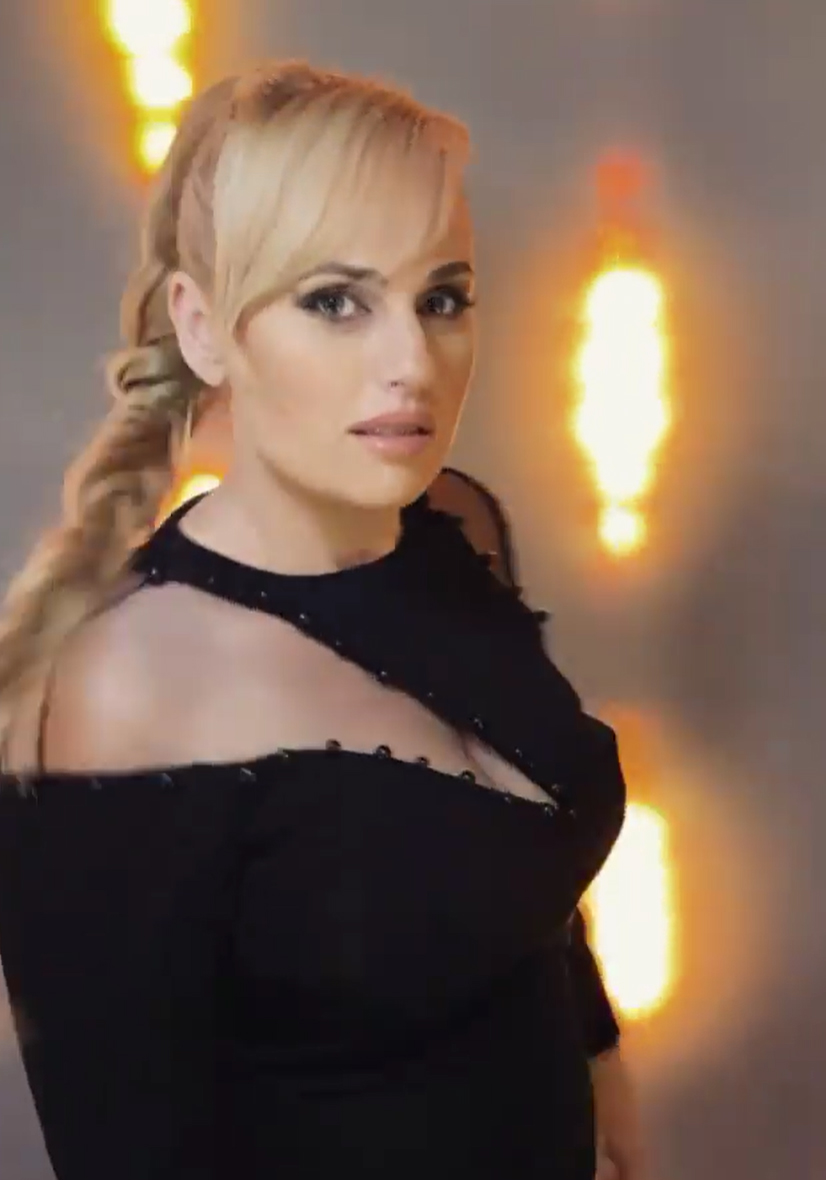 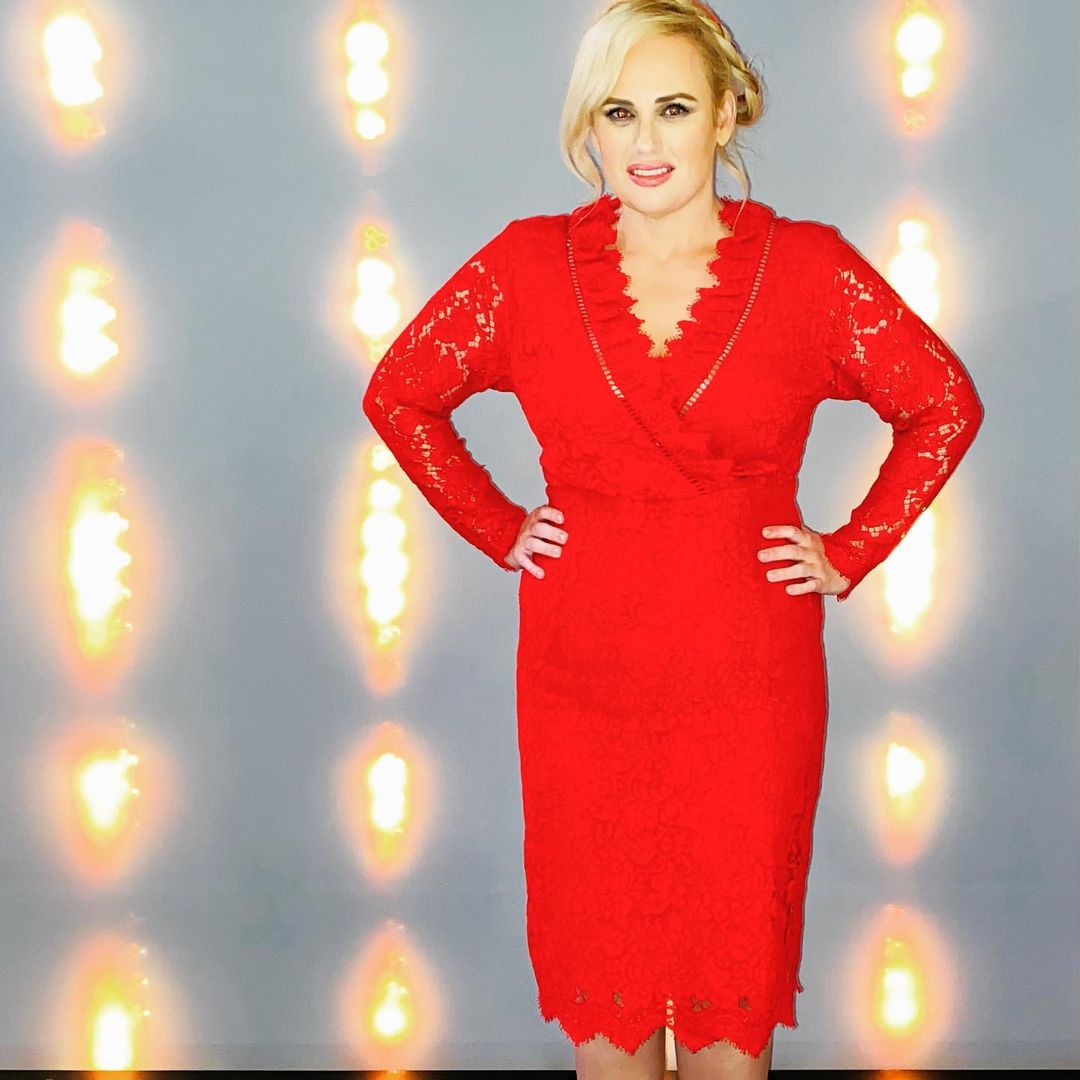 About a year ago, Rebel made a New Year's resolution to reach her target weight of 165 pounds.

In order to achieve her goal, she decided to "avoid sugar and junk food" and began working out more frequently.

The star has been documenting her weight loss journey on social media, as she previously shared a photo of herself posing in a tracksuit and bra.

The post included an inspiration caption as she wrote: “Even if you have to crawl towards your goals, keep going x it will be worth it.

“Try and give a little bit of effort each day…I know some days are frustrating as hell, you feel like giving up, you get annoyed at the lack of progress…but good things are coming your way." 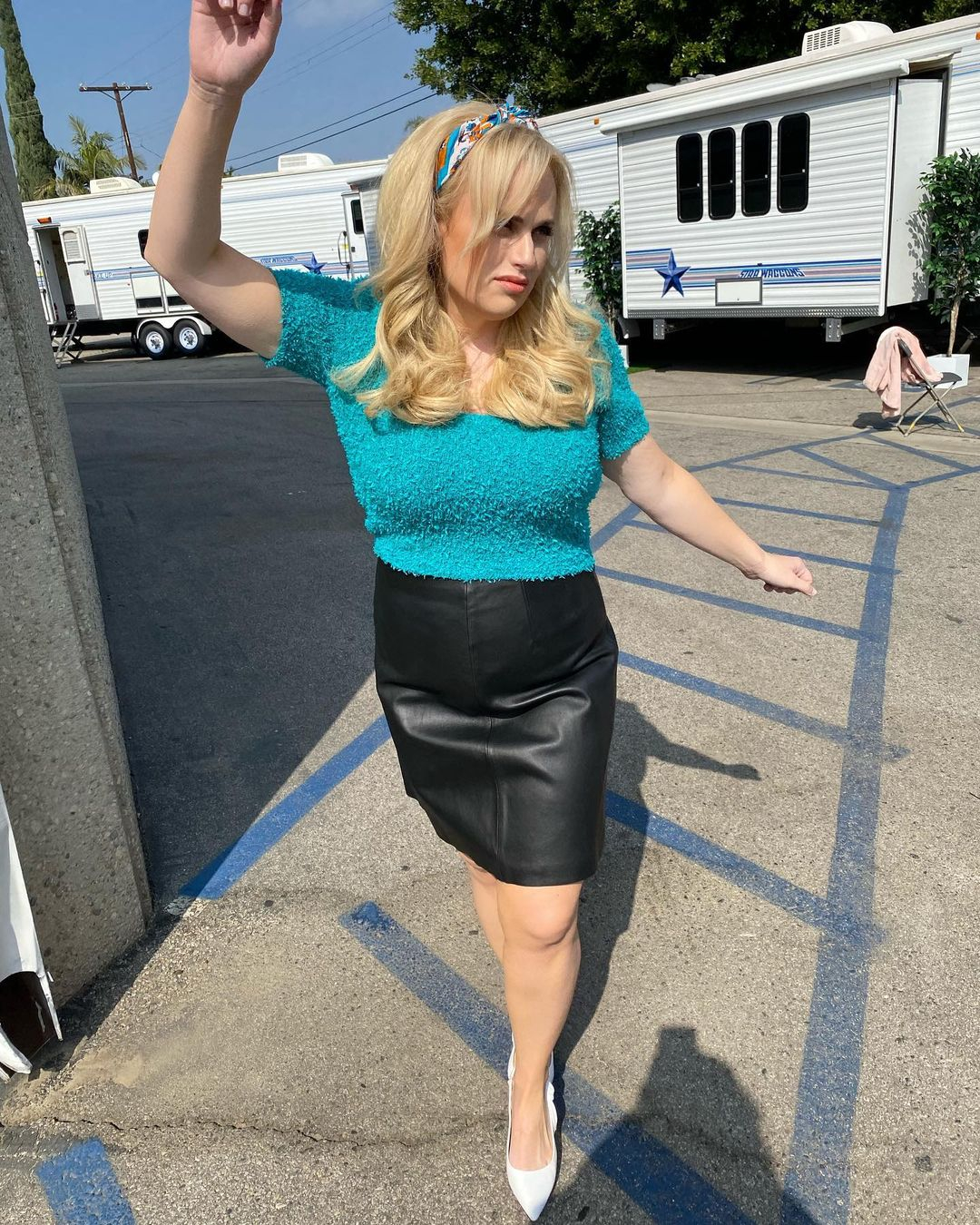 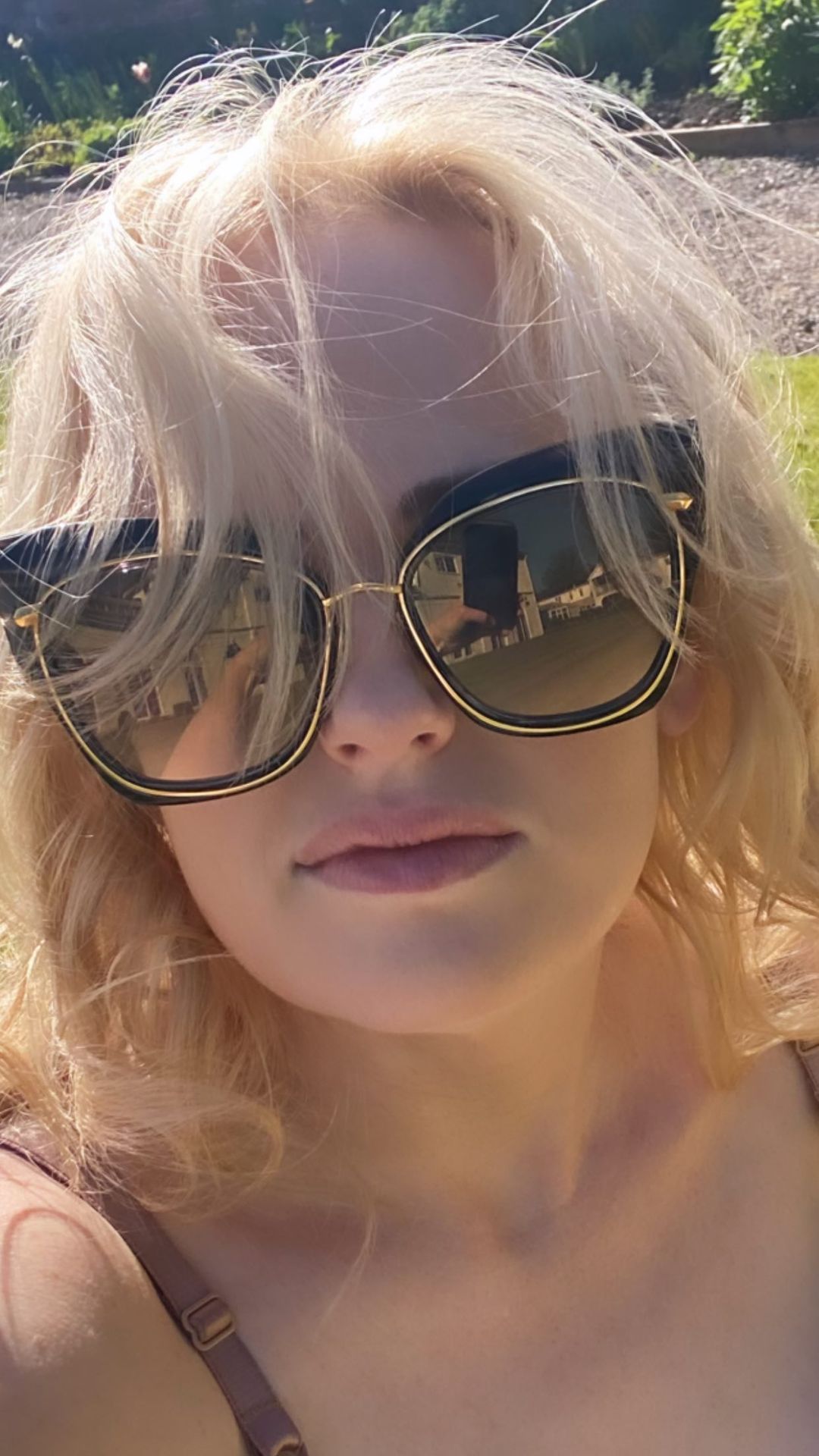 Back in February, Rebel posted a photo of herself rocking a denim dress, yellow cardigan and white heels.

She kept up with her good spirits as she announced her split with billionaire boyfriend Jacob Busch, 29.

She wrote: "Lots on my mind…aghhhhhh…#single-girl-heading-to-Super-Bowl!" 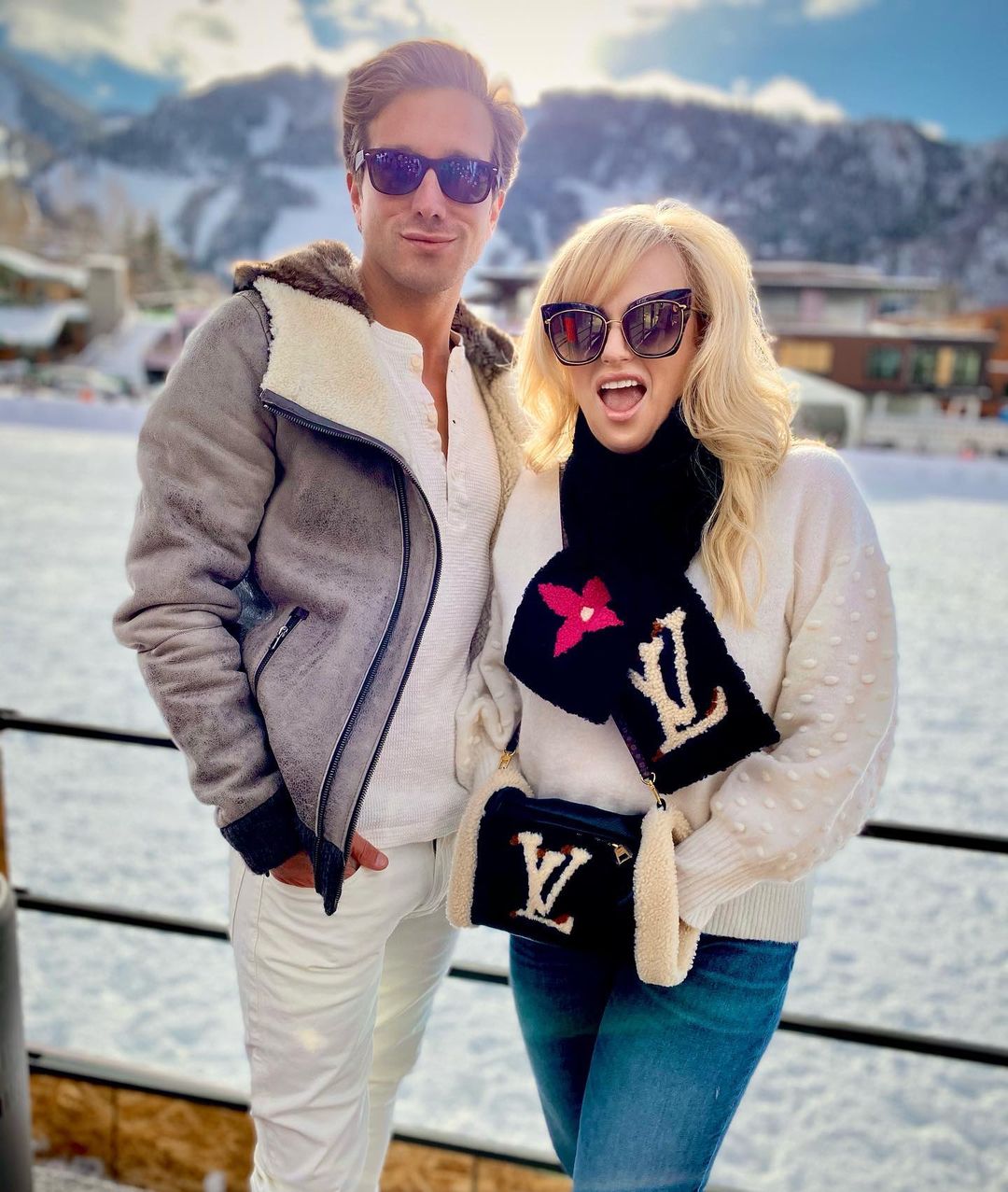 The Bridesmaids actress previously explained to The Sun exclusively why she chose to lose the weight for herself.

Rebel realized that being heavier was not doing any favors to her mental health, explaining: “It's not like I want to lose weight and get to around a certain number.

"It's more than that, it's about dealing mentally with why I was overeating and I had a job where I was paid a lot of money to be bigger, at times which kind of can mess with your head a bit." 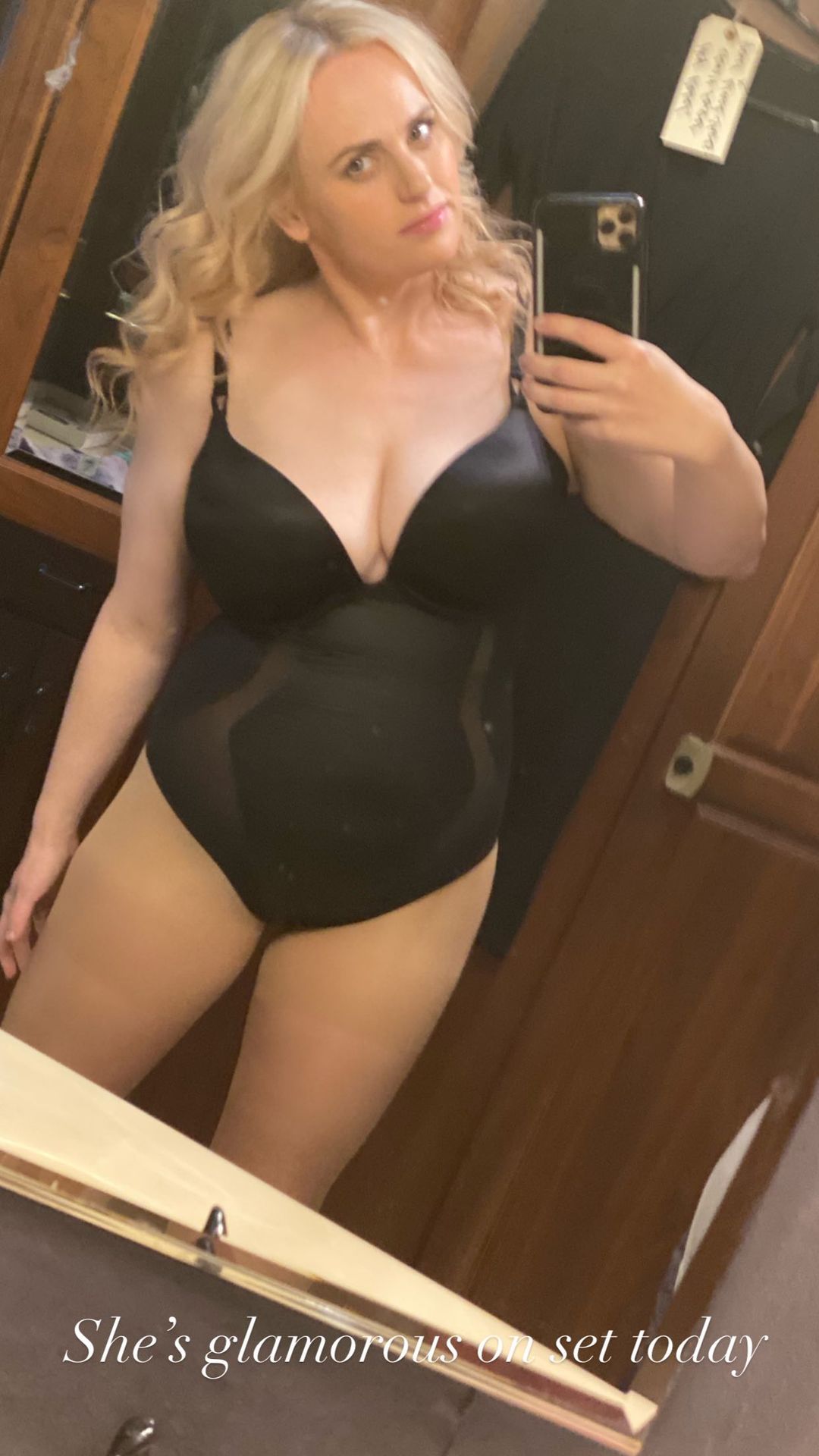