There are now just two episodes left to go before Queen of the South says its final goodbyes. Teresa Mendoza (played by Alice Braga) faced even more impossible choices in tonight’s outing on the USA Network, ‘Todo Lo Que Toco’. As the action unfolded, showrunner Dailyn Rodriguez detailed some surprising insight about the filming for this week’s exhilarating instalment.

A new anecdote from behind-the-scenes of Queen of the South has proven leading woman Alice Braga is just as fierce as her on-screen counterpart, Teresa Mendoza.

The ruthless cartel boss returned for the third to last episode of the crime drama on Wednesday night.

Thankfully, Pote (Hemky Madera) went in guns blazing, and managed to recover the mother of his unborn child, before Teresa suggests they find a new life away from the cartel. 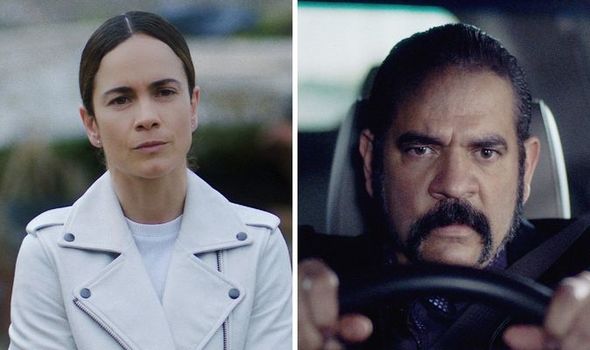 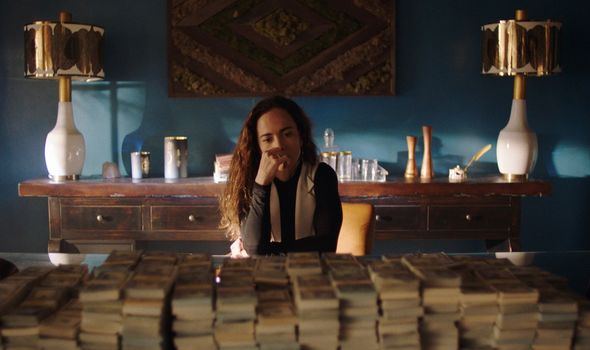 Meanwhile, Teresa herself proved she was a force to be reckoned with in the action-packed climax of their rescue mission.

In a tense stand-off, a hand-tied Teresa revealed a hidden grenade she then threw as a fatal distraction to make a quick getaway. 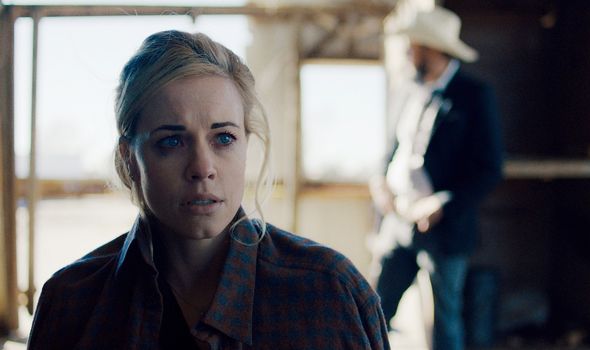 “I think she missed her career as a shot put thrower in the Olympics.”

She added: “I wasn’t on set so I saw it in the dailies and totally flipped out.”

What followed was one of the most impressive set pieces of the series so far, as several of Boaz’s men were caught in a cataclysmic explosion.

There are still two episodes to go of the final season, so Queen of the South fans are currently gearing up for an action-packed finale in two weeks time.

Needless to say, they were also incredibly impressed by Braga’s almighty overarm throw.

One viewer commented: “I immediately thought ‘What a great throw!!’”

And another replied: “She was born to be the best at everything. She is the boss!”

Outside of Braga’s Olympic-standard hurling, Teresa and ‘La Familia’ may have taken one step closer to getting out of the drug game for good.

However, while a happy ending could be on the cards for Pote and Kelly Anne, fans are waiting with baited breath to find out if Teresa and James (Peter Gadiot) will make it out alive.

Thankfully, the old Teresa finally seems to be back for good, and the odds of Queen of the South ending on a triumphant note are looking better every week.

Queen of the South season 5 continues Wednesday, June 2 on the USA Network.