Will there be another series of Project Blue Book?

Yes, there will be another series of Project Blue Book.

The news was announced in March 2019 shortly after the series finished airing in the US on History network.

History confirmed there will be 10 episodes in the second season, the same as the first.

In a statement, History’s head of programming Eli Lehrer said: “We are believers in Project Blue Book, and so is our audience, who has sparked a conversation about the hundreds of unsolved cases and our nation’s military response to UFOs that have remained relatively secret until now … our extraordinary creative team have shaped a compelling narrative that is the perfect blend of historical authenticity and entertainment that inspires curiosity in our viewers to learn more. We’ve touched on a very relevant topic and look forward to a second season.“

An official release date has not yet been confirmed for Project Blue Book season two.

IS PROJECT BLUE BOOK BASED ON A TRUE STORY? 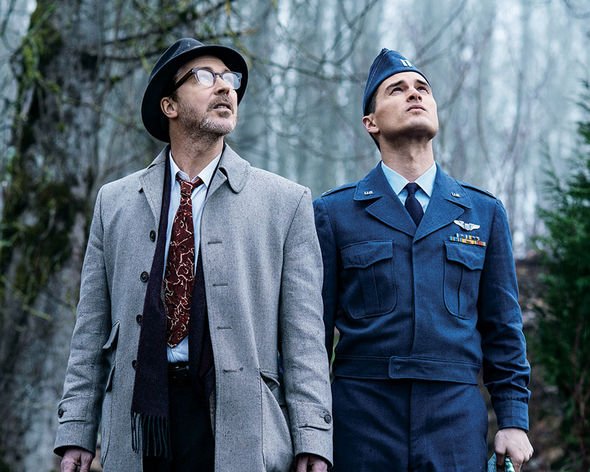 The first season aired in January 2019 on History in the US and March on Syfy UK, so fans can expect the new series as early as January 2020.

This article will be updated when more information is available.

At the moment it is unclear what will happen in the new series of Project Blue Book.

Speaking exclusively to Express.co.uk, Michael Malarkey who plays Michael Quinn in Project Blue Book, said: “We are few weeks into the writers room, I don’t know much else myself but I think that every intention for a new series is to up the ante and now that we have set the score, set the vibe or whatever, you don’t have to do as much of the expository storytelling as you do initially which is eating the scene.

“So I think we can go in straight away with a bang, beef things up a bit.”

He added: “David and Shaun, our showrunner and creator were saying they wanted to push our characters more to the limits.

“Although the show is kind of around the alien agenda and the government conspiracy, the very real stuff is going on and I think people will tune in initially to find out more about that but what is going to make them stay is the nuanced relationships with these characters.

“That being said, this stuff, it really happened. It may be on the Syfy channel [in the UK] but it is real life stories and every episode is based on an original project blue bookcase file, which audience members if they care to, can go research.

“Obviously, discrepancies have been made, to push the drama forward. It’s not a documentary, it’s really well done.”

WHERE IS PROJECT BLUE BOOK FILMED? WHERE IS IT SET? 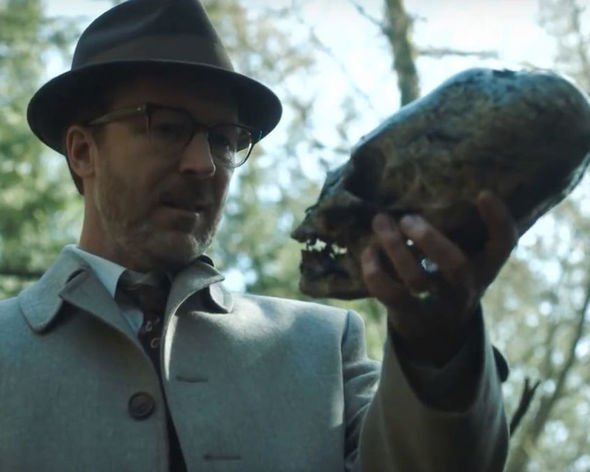 The new season is likely to pick up from the season one finale, which dramatised the 1952 Washington DC UFO incident.

From July 12 to July 29, various UFO sightings were spotted across the state.

In the final moment, Dr Hynek tells President Harry Truman and other White House officials there are no extraterrestrial connections to the UFO spotting, despite himself beginning to believe there could be.

He said: “This [the finale] is the first we see of him as a UFOlogist instead of some government stooge.”

The series is based on the real Project Blue Book, the name given to the top-secret American Air Force investigation into the existence of UFOs in the 1950s and 1960s.

According to the American National Archives, there were over 12,000 supposed UFO sightings recorded by Project Blue Book and 701 never properly explained, so there is a lot so source material for season two. 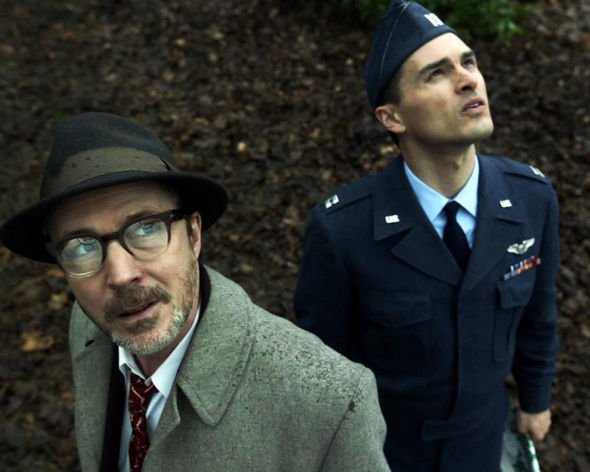 Who will star in Project Blue Book season 2?

Game of Thrones’s Aidan Gillen is likely to reprise his role as the real-life Dr J. Allen Hynek in the second series of Project Blue Book.

Michael Malarkey is also likely to return as Air Force Captain Michael Quinn, who is loosely based on the real Air Force officer, Edward Rupert.

Laura Mennell should be back as Dr Hynek’s wife Mimi alongside Ksenia Solo as Susie, the undercover Russian Spy.

Other cast members hopefully returning for the second series are Neal McDonough as General James Harding and Michael Harney as General Hugh Valentine.