Gary Lineker, 61, found himself backtracking on a tweet he had posted in celebration of the Lionesses’ Euro victory for which he was labelled “sexist”. It came as Mr. Lineker referenced Chloe Kelly stripping her top off in excitement after scoring the winning goal for England. GB News presenter Mark Dolan wasted no time in taking the opportunity to mock the former footballer, claiming people reacted negatively because they normally see him as “the Prince of Woke”.

He stated: “There’s an item that we do on the show called, ‘We Feel Your Pain,’ in which I reach out to a celebrity who’s going through a tough time.

“Tonight, the nicest, kindest, most empathetic and politically correct man in the world, probably a man with more goodness in his heart than the Pope himself, Saint Gary Lineker.

“Gary, almost certainly the nicest man on the planet – potentially a better human being than the Dalai Lama. 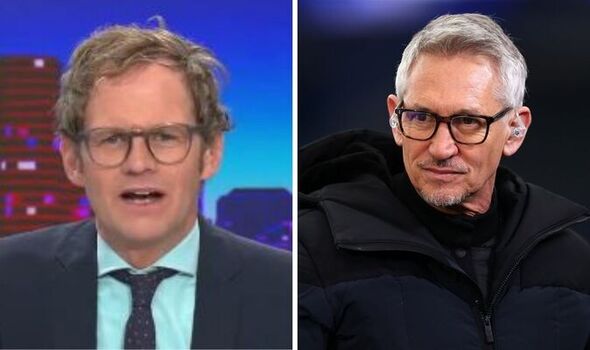 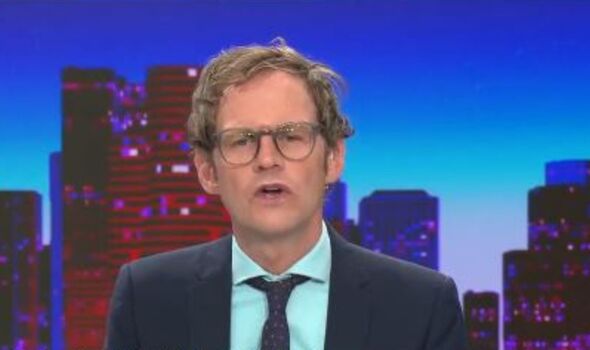 “Well, the Dalai Lineker has got himself into a bit of hot water when celebrating the England women’s football team’s victory in the Euros.

“He made a joke on Twitter – it read as follows: ‘The lionesses have only gone and done it and Kelly is England’s heroine, bra none.’ Oh dear, he made a t** of himself there. All the woke people on Twitter with blue hearts just like Gary, all the people who say, ‘Be kind,’ but are amazingly toxic, all the people with rainbows and the EU flags in their bio turned on their own Prince of Woke. 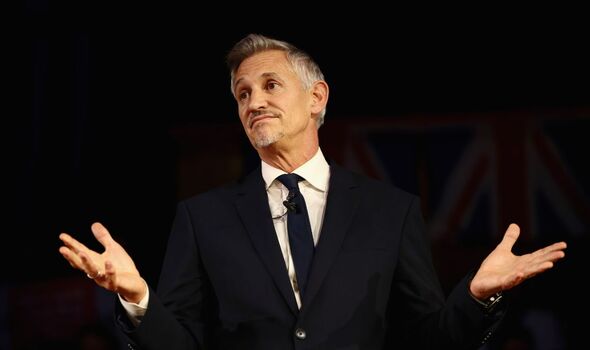 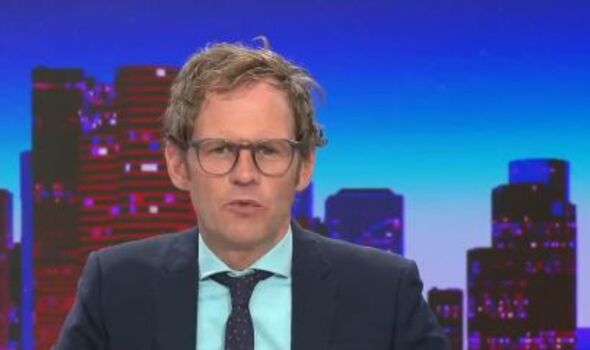 Dolan continued: “Well, Gary was forced to defend this tweet and then ultimately deleted it.

“As the brilliant comedian Abi Roberts always says, ‘The woke crocodile will eventually devour its own.’

“Now, I’m all for free speech and I defend Gary’s right to do his little gag.

“It was absurd that he received any flack for it, but he’s only brought this upon himself with his endless moral posturing.

“And this is a guy that’s apparently so woke and so lovely, in just a couple of months’ time he’ll be presenting World Cup shows in a country where homosexuality is illegal.

“And he’ll be presenting those programmes in stadium built by slaves, many of whom fell to their death in blazing 45-degree heat during their construction.

“He’s apparently so woke and so lovely, he’s at war with HMRC over his tax bill. What do you mean he’s so lovely he wants to pay more? No, no – he’s trying to pay less.”

Gary has since addressed the tweet, explaining: “I knew it was nonsense.

“Anyone who follows me on Twitter knows I do relentless amounts of puns, I’ve got dad joke tourettes, it’s that kind of thing.

“I do it on Match of the Day and I’ve done it for years and I actually ran it by a couple of women friends of mine who are actually real feminists and I said ‘is this OK?’ and they went ‘it’s absolutely fine’.”

Talking to ITV News, he added: “I think what happened is that some people didn’t see the game and didn’t understand the context of the nuance so therefore they just assumed it was some kind of sexist reference when clearly it wasn’t.

“I eventually took it down, not because I was bothered about it because I actually thought it was fine, and practically everyone did, but for those who didn’t see the game I don’t want them to read it the wrong way, so I did take it down for that reason.”