Piers Morgan on being 'attacked' by Jeremy Clarkson in 2015

Piers Morgan gave Good Morning Britain viewers a sneak peak of his appearance on Who Wants To Be A Millionaire this morning. Piers and The Grand Tour host Jeremy Clarkson put their differences aside for the celebrity edition of the show but the GMB presenter couldn’t resist bringing up the pair’s fight at an awards ceremony in 2004.

Piers revealed: “For reasons that still baffle me I agreed to go on Who Wants To Be A Millionaire hosted by a man who’s punched me repeatedly in the head.

“It wasn’t very Christmassy but it’s airing tomorrow night on ITV at 9.30pm Boxing Day which is appropriate.”

GMB then played a clip from tomorrow’s show of Jeremy explaining the rules to Piers. 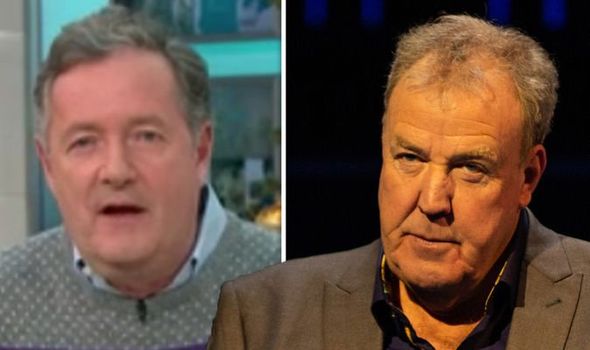