Osborne (played by Owen Teale) was the Chief Constable of Central Police who was introduced in the first series of hit BBC police drama Line of Duty. His first appearance showed him to be a suspicious character – he told his team to lie in court after the unlawful shooting of suspect Karim Ali. He’s since emerged in later episodes in a more senior role, refusing to answer Gail Vella’s (Andi Osho) questions about the police force before she was murdered. And one eagle-eyed fan has made a pretty convincing argument that Osborne has been H all along.

The fan took to forum site Reddit to discuss Osborne and talked about the cover-up of Karim’s shooting, with Steve Arnott (Martin Compston) going full-circle after trying to expose Osborne previously.

The theory read: “Whilst Osborne being the last ‘H’ doesn’t necessarily change the circumstances of the Karim coverup, it does diminish it (imo) [in my opinion] given that Osborne was already involved in organised crime, as well as the possible connection between the OCG and counter-terrorism (the false link between the Greek Lane murders and Islamic terrorists in S1 etc).”

They went on to argue that it would be an interesting ending to see Steve finally taking down his former boss. 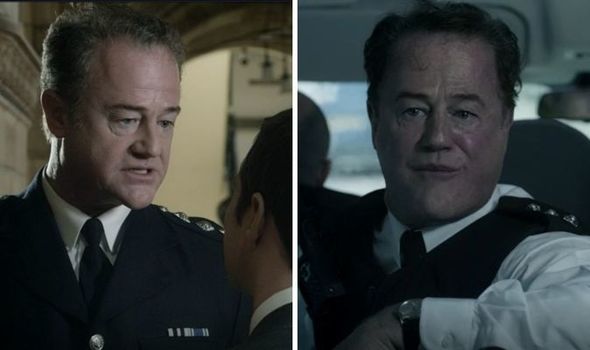 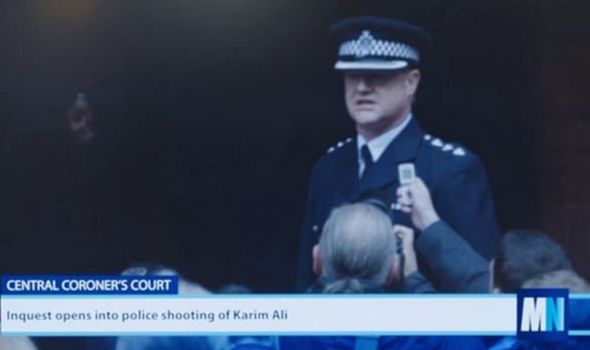 There is a lot of sense in the theory. Osborne worked as the head of the Counter-Terrorism Unit, and ultimately lead to Steve’s move to AC-12.

Steve refused to be a part of the cover-up that followed the police shooting and was forced to leave the team.

The end of series one informed viewers Steve had testified against his former team, but no charges were made against Osborne or anyone else in relation to Karim’s death.

If he turns out to be H, Line of Duty would see Steve’s journey come back to the very beginning – his first instance of disapproval against a police force being the motive for him joining anti-corruption and ultimately taking down the villain after years of investigating. 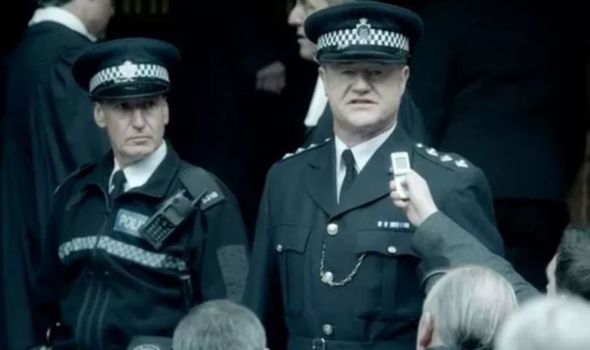 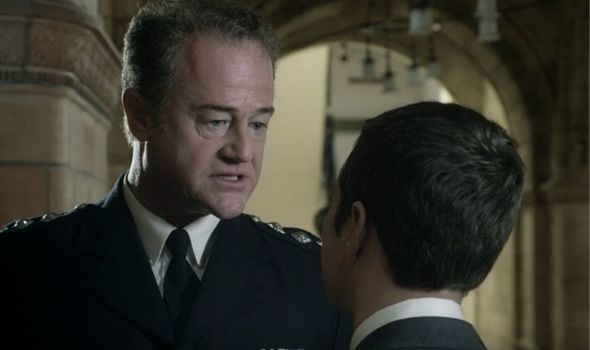 Osborne was also close to Chief Superintendent Derek Hilton (Paul Higgins), who has since been revealed as a corrupt officer, which puts another red flag over Osborne.

Now he’s appearing again in the current series in old footage being examined by AC-12.

He was interviewed by journalist Gail Vella, who was later murdered, presumably to stop her digging into police corruption.

Osborne was also the reason that head of AC-12 Ted Hastings (Adrian Dunbar) was dismissed from his role.

The officer had accused Hastings and his team of inciting public suspicion against the police.

It’s since been unveiled that Osborne was working with Ian Buckells (Nigel Boyle) during the investigation into the killing of Lawrence Christopher.

Christopher was killed in a racially motivated attack by a gang of white youths outside a railway station and was later found by a passer-by.

When the police arrived, they believed him to be drunk and associated the attack with gang violence in the area.

Christopher was arrested and later died in custody. Gail Vella had been looking into his death, so could this be why Osborne possibly had her killed?

Series six has gone back to many past cases mentioned in much older episodes, could all of this be coming together in order to demonstrate Osborne’s potential to be H?

Viewers are divided. On the Osborne theory, another fan said: “He might not have been involved in organised crime before that!!!

“Maybe the OCG have that ‘dirt’ on Osborne and that’s why he works for them and vice versa, maybe the OCG killed Gail to stop her finding out about the leverage they had on Osborne.”

Another added: “Not all corrupt cops’ crimes were connected to their OCG membership. For example, Roz Huntley was not working with OCG or even aware of them at the time when AC-12 started investigating her she hasn’t even committed a crime.”

Although Osborne certainly fits the criteria of a corrupt and high-up officer, he definitely isn’t the only one.

Viewers will have to keep tuning in to find out the truth.

Line of Duty continues on Sundays at 9pm on BBC One.