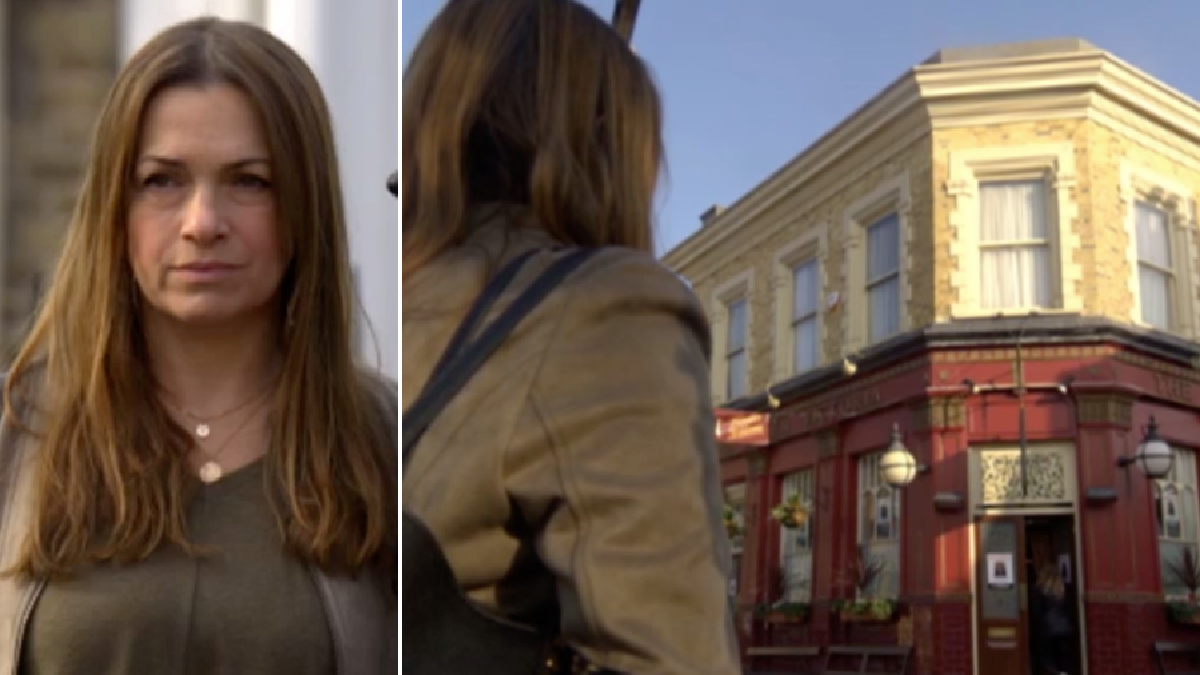 Katy Lewis (Simone Lahbib) made quite the emphatic return in EastEnders tonight (May 17), ahead of her court appearance.

The abuser decided to plead guilty to the charges of child abuse brought against her.

Mick Carter (Danny Dyer) was relieved that there would not be a trial, but he was left uncertain about writing a victim impact statement – one which he would be allowed to read out in court, should he want to.

Tonight’s edition of the BBC One soap saw the Carter patriarch attempt to write his impact statement, but he struggled to do so.

He later accompanied Nancy (Maddy Hill) to the hospital, where she was told to wait at least 12 months before discussing her sterilisation again.

Mick promised that – in 12 months time – he will have a word with Linda (Kellie Bright) if Nancy still wants to be sterilised. Nancy appreciated that, but she asked him for a favour in return.

Making reference to his victim impact statement, Nancy asked Mick not only to complete it, but to read it aloud in court on Friday.

After giving it some thought, the landlord of the Queen Vic ultimately decided that he would do just that.

Shirley (Linda Henry) reminded him that – if he decides to read it out himself – then he will lose his anonymity.

Mick, however, told his mum that Katy doesn’t scare him anymore.

Little did he know, however, that Katy was lurking outside the Vic!

EastEnders continues Tuesday May 18 at 7:30pm on BBC One.