In season one, Jamie’s (played by Sam Heughan) ghost can be seen watching Claire Fraser (Caitriona Balfe) at her hotel window in Inverness as she enjoys a second honeymoon with husband Frank Randall (Tobias Menzies). The ghost has not been since and fans are curious as to whether or not it plays an important role in the Outlander story. While author Diana Gabaldon has insisted fans will have to wait until the very end to learn the truth, one fan thinks there’s a very simple explanation for Jamie’s ghost.

Claire first met Jamie when she touched the stones at Craigh Na Dun and travelled back to 18th Century Scotland.

She later returned to the 20th Century as the Battle of Culloden took place at the end of season two.

Believing Jamie had been killed in battle, she raised their daughter Brianna (Sophie Skelton) with Frank after they reunited.

It wasn’t until season three that Claire learned Jamie was still alive and decided to head back once more. 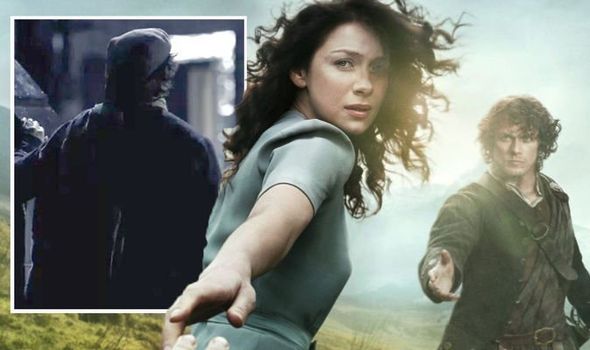 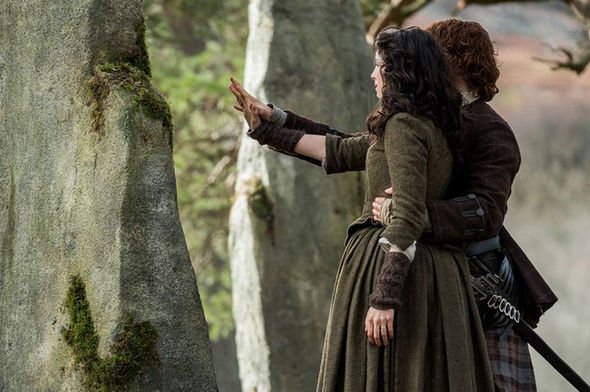 Since their reunion in Edinburgh, the pair have been inseparable and have settled on Fraser’s Ridge in North Carolina.

This means Jamie has lived passed the age of 25, which Diana said is the age of his ghost in season one, making it all the more puzzling.

But one fan thinks there’s a very simple explanation as to why this is.

Reddit user Ninja_Snurtle wrote: “DG has said that time is linear, you cannot go back to a time where you have already existed, and its seems as though you can only go back and forth 200ish years. 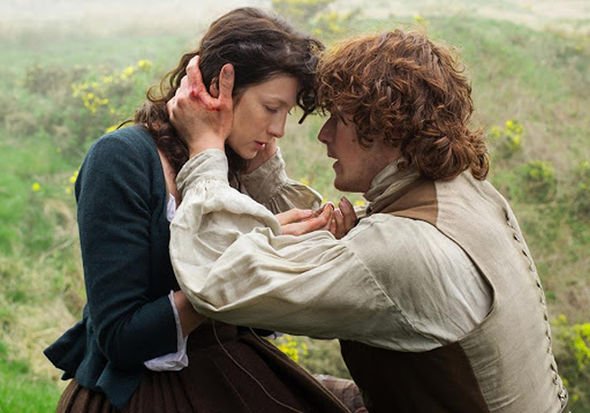 They continued with their theory: “Jamie and Claire live out their days together in the 18th century, until they are old. Jamie dies first.

“Claire leaves Brianna, and goes back to the future time where she dies there. Once she dies she can finally be at rest with Jamie, who died “200” years prior.

“They are finally reunited, after Jamie has ‘endured 200 years of purgatory.’

“The “ghost” of Jamie was actually the ghost, and visited Claire throughout her life, until they were together again when she died.”

The fan goes on to note there has been much speculation about how Frank tried to cause trouble for the lovers by trying to ensure Claire believed Jamie had died.

However they believe “Brianna also changed things like obituaries, death dates, etc. when she was in the past, after Jamie and Claire die, to throw Frank off as well”.

This would mean Jamie would know Claire hadn’t abandoned him and after his death, would wait 200 years to be reunited with his wife.

Meanwhile, fans have picked up on the fact Jamie was likely 25 when the Battle of Culloden took place and could be when he was supposed to have died if he had not met Claire.

Adding fuel to the fire that this is the case, Sam hinted to Gold Derby that Jamie came close to taking “his last breath” on the battlefield.

Referencing the episode in season five, which saw him almost die from a snake bite, he said: ““e chose to come back for Claire because he loves her but it’s probably the second time that Jamie has come this close to death.

“He’s probably taken his last breath and Culloden was the other one.”

Outlander seasons 1-5 are available to stream on Amazon Prime Video.