Adapting Diana Gabaldon’s epic series of Outlander novels is no easy task, so it’s not surprising that several sequences have to be left on the cutting room floor. Unfortunately, this included a pivotal moment for the Starz series in which the young Fergus (played by Romann Berrux) questions Claire Fraser’s (Caitríona Balfe) otherworldly medical knowledge.

Claire Fraser is once again accused of witchcraft in an unearthed deleted scene from the second season of Outlander.

Starz’ sumptuous adaptation of Diana Gabaldon’s series of novels follows Claire’s adventures across time as she’s sent from the 1940s to 18th Century Scotland by a mysterious force.

Originally a nurse during WWII, her expertise is quickly put to use when she meets Jamie Fraser (Sam Heughan) during the Jacobite rising of 1745.

However, her anachronistic healing abilities often raise suspicion amongst her friends and foes in their new home in America, Fraser’s Ridge. 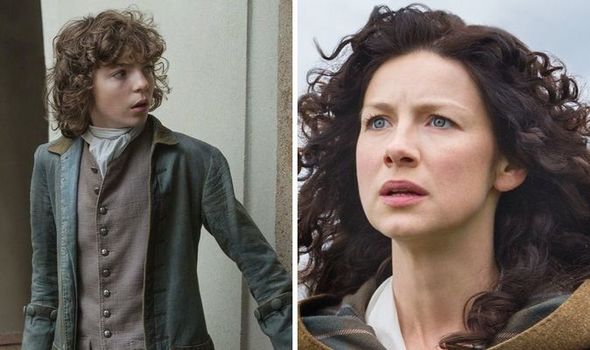 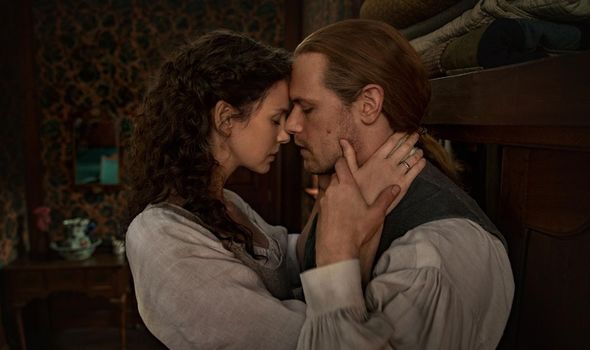 Before moving to the US, Claire and Jamie take up residence in Paris, where they meet a young orphan boy named Fergus.

He eventually becomes a member of the family after being taken under Jamie’s wing and joins them in America, portrayed by César Domboy in later seasons.

Before he wins their trust, though, Fergus starts to realise that Claire seems quite out of place in the 18th Century.

Having already been tried for witchcraft in Outlander’s first season, the former WWII healer’s medical know-how comes under fire once again. 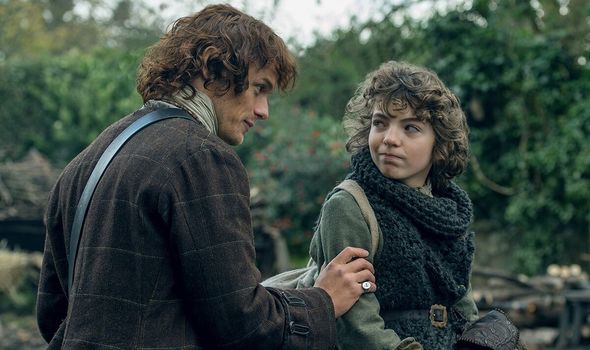 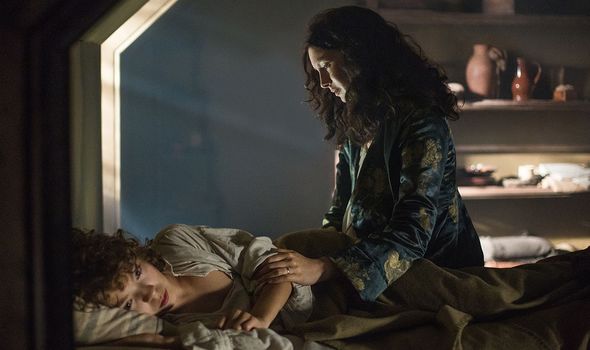 In the scene in question, Claire is still recovering from her attack in the previous episode by a group of men who referred to her as ‘La dame blanche’, or the white lady.

Their suspicions against Claire derive from French folk tales which tell of female spirits with supernatural abilities.

Fergus tells Claire: “The stories are old. It’s said she sees into the centre of a man.

“And if evil is found, she turns his soul to ashes.”

Prior to her attack, Claire had already built up a reputation for possessing somewhat otherworldly medical properties.

She later plays up her supernatural stature to prevent Jamie from handing over the Lallybroch estate to his grandfather.

Unfortunately, her reputation also had some severe repercussions, and the intense scrutiny eventually forced her to temporarily return to her original life in the 1940s.

Although Fergus was wary of Claire’s spooky reputation, he quickly warmed to her and they eventually became as close as mother and son.

In this deleted scene, she assures the young boy: “Well then, I can assure you, I am no fairytale sorceress.”

Fergus then admits that he suspected this was the case, but couldn’t help overhear the superstitions about Claire in his home in Madame Elise’s brothel.

The Frasers’ adopted son eventually grows up and marries Claire’s dedicated assistant, Marsali (Lauren Lyle), who has also accused the healer of witchcraft over the course of the series.

While Fergus and Marsali both have their suspicions, this sadly deleted scene could set up a difficult confrontation coming their way in Outlander’s next season.

Outlander season 6 will premiere in early 2022 on Starz.