Outlander fans may be in the middle of the longest Droughtlander ever. But they do have something to celebrate this Christmas. Stars Graham McTavish and Sam Heughan are giving fans a sneak preview of their new series Men In Kilts. 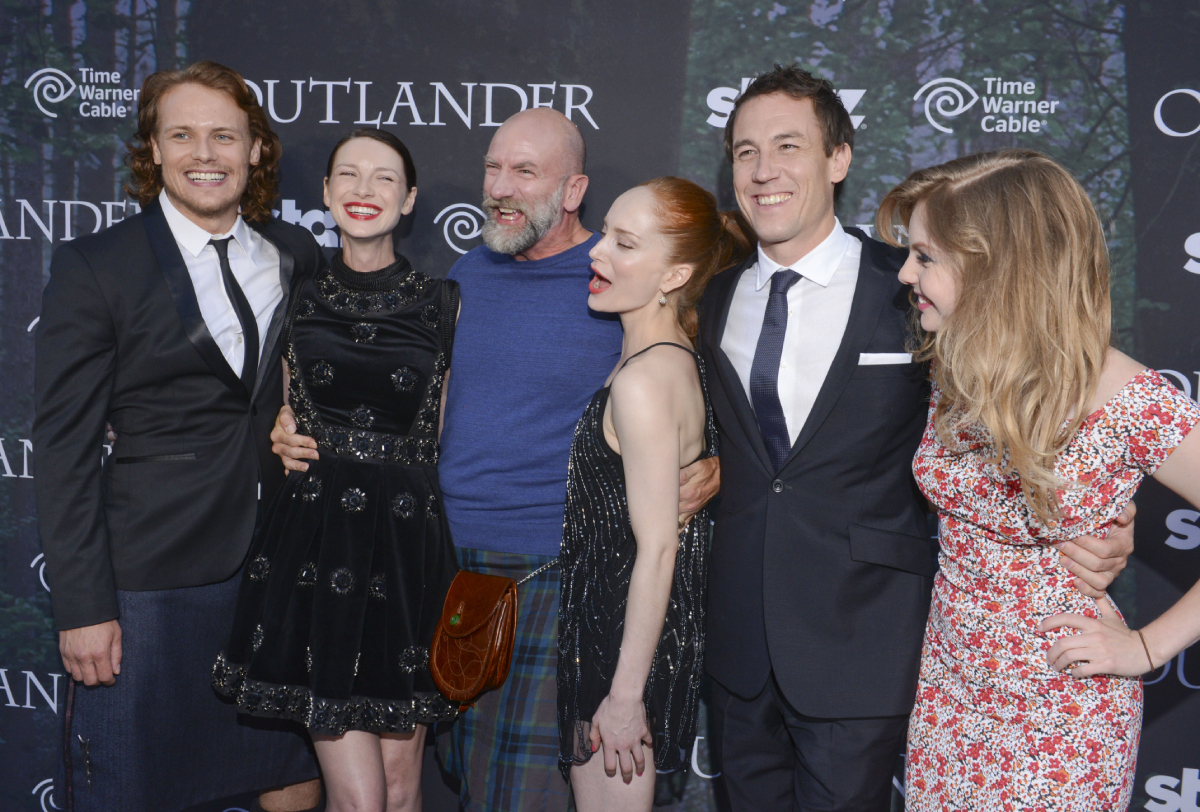 Fans will get the chance to see the actors explore their home country while sharing personal stories and tales from the set of Outlander. One of those stories just might be about an important scene that McTavish says was “horrific” to film.

In November, McTavish and Heughan released their new book Clanlands, which follows the actors as they travel across Scotland, dive into their country’s history and culture, and share stories from their lives and acting careers.

To go along with the book, the duo filmed their travels for the new Starz limited series Men in Kilts, which will feature eight half-hour episodes. To give fans a sneak peek, McTavish and Heughan shared a one-minute promotional clip that features the two men sitting in front of a burning Yule Log, wearing kilts (of course).

There’s no witty banter in the clip, though. Instead, the two men pour some whiskey and raise their glasses. Heughan also takes the opportunity to peruse a copy of Clanlands. In addition, the duo released a one-hour Men In Kilts Yule Log video that has a surprise in the middle.

According to Town & Country, Men in Kilts features Heughan and McTavish “exploring their heritage and meeting an incredible collection of people who truly showcase what it means to be Scottish.”

Outlander fans will remember that season 2 ended in spectacular fashion with the Battle of Culloden. It also saw Claire (Caitriona Balfe) return to Frank Randall (Tobias Menzies) in the 20th century, as well as the death of McTavish’s character Dougal MacKenzie.

Because Claire and Jamie (Heughan) knew that the Battle of Culloden ended in disaster for the Scots, they were desperate to try and stop it. In the season 2 finale, Dougal found Claire and Jamie conspiring to end the Jacobite uprising by killing Bonnie Prince Charles.

When Dougal threatens to expose them for treason, Jamie and Claire have no choice but to kill him. But in Diana Gabaldon’s Outlander book series, only Jamie kills Dougal while Claire watches in horror.

According to Express, McTavish said during the Wizard World’s Virtual Convention that the books made it clear his character wouldn’t survive past season 2. There was simply no way for him to survive.

“Well, my understanding of the books is that Dougal’s character…dies towards the end of book two,” McTavish said. “That’s how I remember it. He dies in a slightly different way in the book, it’s only Jamie kills him whereas the way we filmed it, it was both Jamie and Claire. But yes, so my understanding is that he was always going to be in two seasons.”

During his Wizarding World appearance, McTavish also recalled an important scene from the Outlander pilot that he described as “horrific” to film. Specifically, it was the moment where Jamie and Claire first met.

“I’ll tell you one of the things I remember first is, the early stuff we shot with Sam and Caitriona outside of the cottage where she first meets the highlanders, in season one,” McTavish explained. “It was horrific weather, I mean awful. This was week one, I thought, ‘Oh no.’”

McTavish explained that he knows Scotland well, but the weather was so shocking that it got him thinking “oh no this could be it for years because poor Cait was freezing.”

“She just had a try slip on with lots of hot water bottles and that was it,” McTavish revealed.

Lotte Verbeek (Geillis Duncan) added that she remembers wondering how Balfe was still alive. She thought the actress “must have some godly supernatural power that she is not getting sick.”

“Because you’re right, in the first season, she [Balfe] was out on a horseback in the rain wearing close to nothing in a night gown pretty much every day for 14 hours,” Verbeek said.

Outlander seasons 1-5 are available to stream on Amazon Prime Video.