The Academy’s International Feature Film Award Committee has nothing to do with selecting the foreign-language submissions from more than 90 countries around the world. It’s up to the individual country to figure out which film has the best chance to build a following among some 1,000 global Academy participants (mostly in Los Angeles) who watch a dozen or so films at festivals, screenings, theaters, or on the Academy online portal, and rate them to come up with a shortlist of 15 films (announced on December 21, 2021) for the overall Academy to watch. Those who see the entire shortlist can pick the final five nominees.

While many in Hollywood decry this method of selecting the international Oscar contenders, the scale and logistics of the submitting and voting process have staved off any meaningful reform. More countries are participating every year. Last year a record 93 films were submitted. Some members would like to see 10 nominees, given the high volume of quality films on display.

For the 94th Academy Awards, the submitted movies must be released theatrically in their respective countries between the first of January and December 31, 2021, and submitted to the Academy by November 1, 2021. That leaves a short window for participating members to see the films. The shortlist will be announced on December 21, 2021.

The final five nominees will be announced on February 8, 2022.  Historically, countries with well-established movie industries (in order of most Oscar wins: Italy, France, Spain, Japan, Denmark, Sweden, Soviet Union, Netherlands, Germany, Hungary, Argentina, Czechoslovakia, Switzerland, Austria, Iran) have garnered the most nominations and wins over the years. But Mauritania delivered its first and only nominee “Timbuktu,” while South Korea’s first International Feature nominee and win, Bong Joon Ho’s “Parasite,” also won four Oscars including Best Picture, the first international film to do so.

It doesn’t matter what language is spoken from what country, as long as there isn’t too much English. American films are not eligible. The year’s first submission came from Ecuador, first-time entrant Alfredo León León’s “Submersible,” about a handcrafted narco sub with both valuable and hidden cargo onboard that is threatening to sink. After 10 submissions, Ecuador has yet to land a nomination. 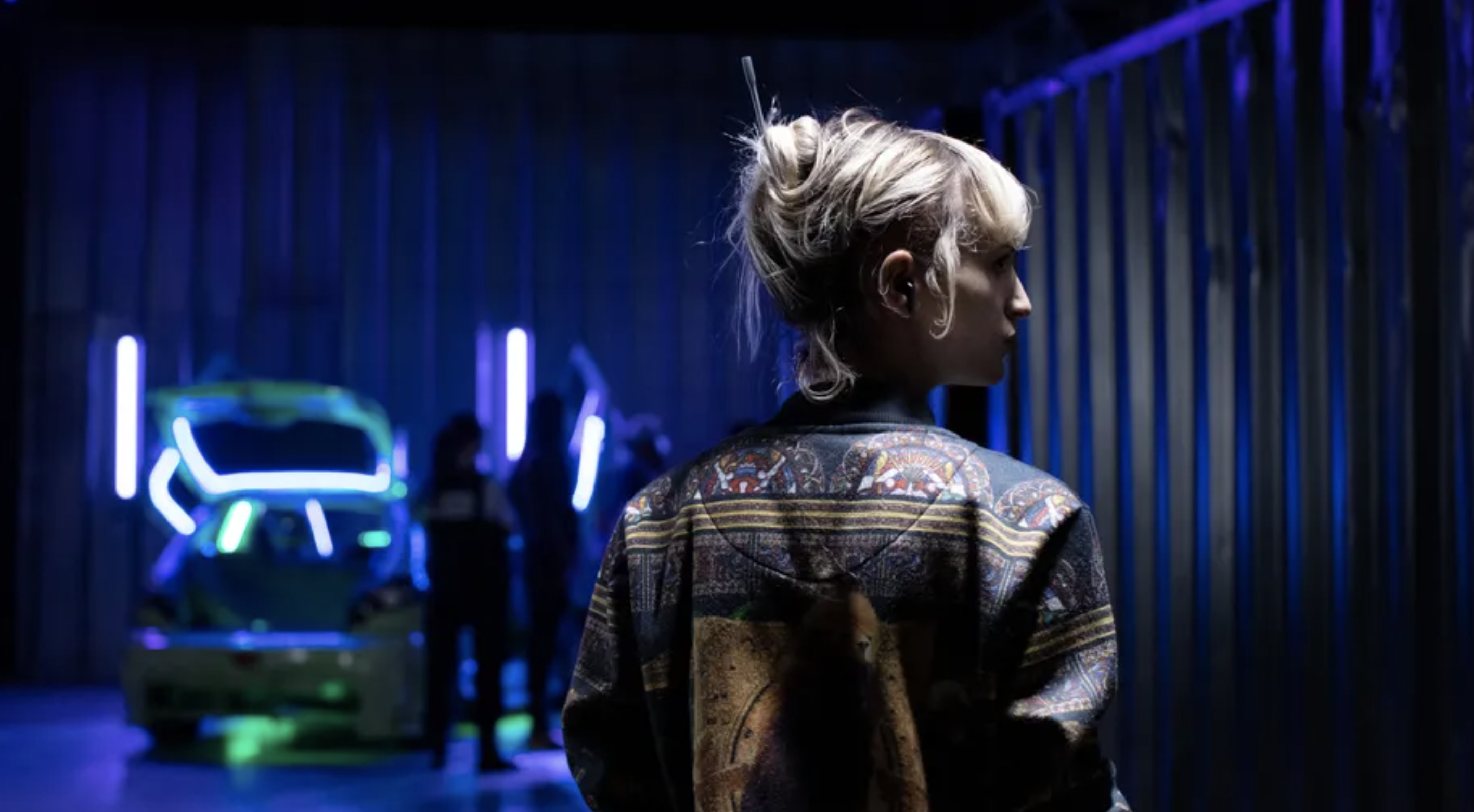 Film festival prize-winners have an advantage, as do films with a strong North American distributor willing to spend and campaign. Take the current battle over which film will be the final selection from France’s Centre national du cinéma et de l’image animée, which will announce their submission on October 12. Three films directed by women were in the running for the shortlist, including two Neon films, Celine Sciamma’s San Sebastián audience-winner “Petite Maman,” a quietly surreal family drama, and Julia Ducournau’s taboo-busting Palme d’Or and TIFF Midnight Madness winner “Titane,” plus Audrey Diwan’s Venice Golden Lion winner, the ’60s drama “Happening” (IFC Films), which breaks new ground as an immersive look at an isolated high-school achiever’s harrowing experience trying to get an abortion, and could play well for the Academy as a timely political topic. “Happening” will break later in the year, after the noise around “Titane” will have died down.

The latter two made the cut, along with surprise choice “Bac Nord,” a slum policier directed by Cédric Jimenez, a French box-office smash with a low profile stateside — which was co-written by rising star Diwan. France would be well-represented by any of them, but “Titane”’s mixed reviews since Cannes and lackluster box-office on 525 screens may weigh against it, although the French consider the movie to be a bigger hit in the U.S. than France. Knowing Neon, the distributor will campaign for “Titane” in other categories if it doesn’t get in, as CEO Tom Quinn did with Sciamma’s “Portrait of a Lady on Fire.” We know one vote on the committee will go to “Titane,” as Cannes director Thierry Fremaux will favor his Palme d’Or winner.

Also having to choose among strong contenders was Spain, which went with Fernando León de Aranoa’s “The Good Boss” over Pedro Almodóvar’s lauded “Parallel Mothers,” which opened Venice and closed the New York Film Festival. The same thing happened 19 years ago when the country selected León de Aranoa’s “Mondays in the Sun” over Almodóvar’s “Talk to Her,” which went on to win the Best Original Screenplay Oscar. The auteur has been selected by Spain seven times. Sony Pictures Classics will campaign “Parallel Mothers” for Best Picture, Director, Actress (Penélope Cruz), and Original Screenplay, among other categories. Ironically, “The Good Boss” stars Oscar-winner Javier Bardem (“No Country for Old Men”), husband of Oscar-winner Cruz (“Vicky Cristina Barcelona”). “The foreign film stigma is gone with the ‘Parasite’ win,” wrote SPC co-president Tom Bernard in an email. “So we will be submitting in all the mainstream categories.” 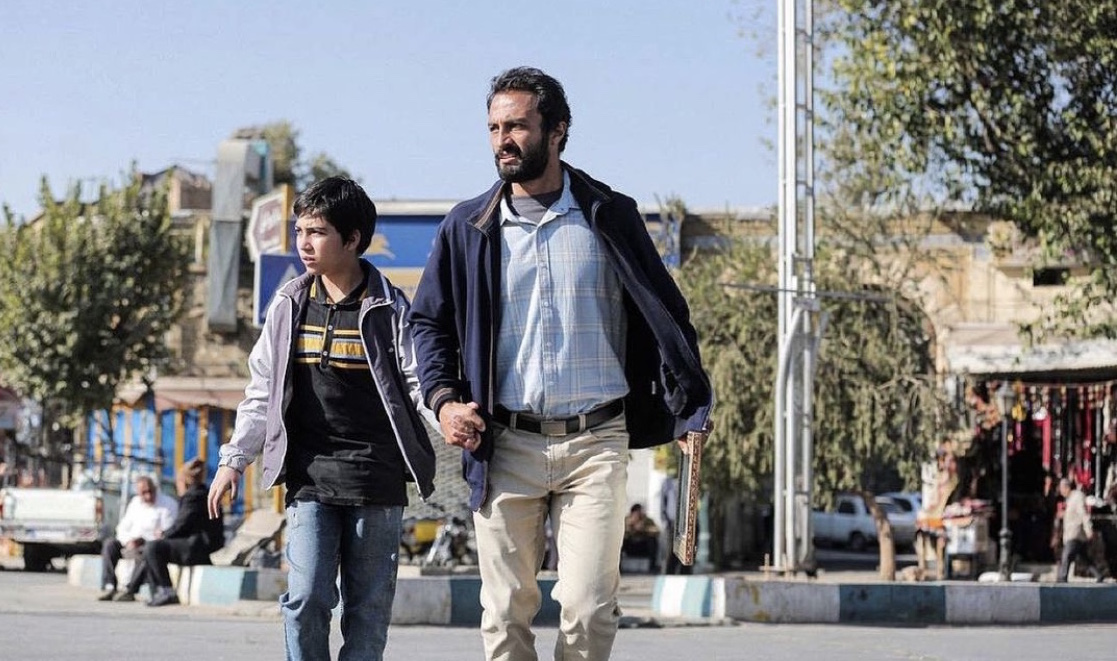 Another well-regarded auteur is Asghar Farhadi, who has won two foreign-language Oscars, for “A Separation,” which was also nominated for Best Original Screenplay, and “The Salesman,” and could be up for a third for Cannes Grand Prix-winner “A Hero,” a searing family drama about a feckless man trying to extricate himself from debtor’s prison in order to marry the woman he loves. Amazon is lobbying hard for the well-reviewed drama.

Germany selected well-received “I’m Your Man” (Bleecker Street), in current release stateside, directed by Maria Schrader and starring British German-speaker Dan Stevens as a live-in humanoid lover resisted by a professor (Maren Eggert) who is evaluating the service provided by a humanoid exquisitely tuned in to a woman’s deepest desires. Resistance is futile. 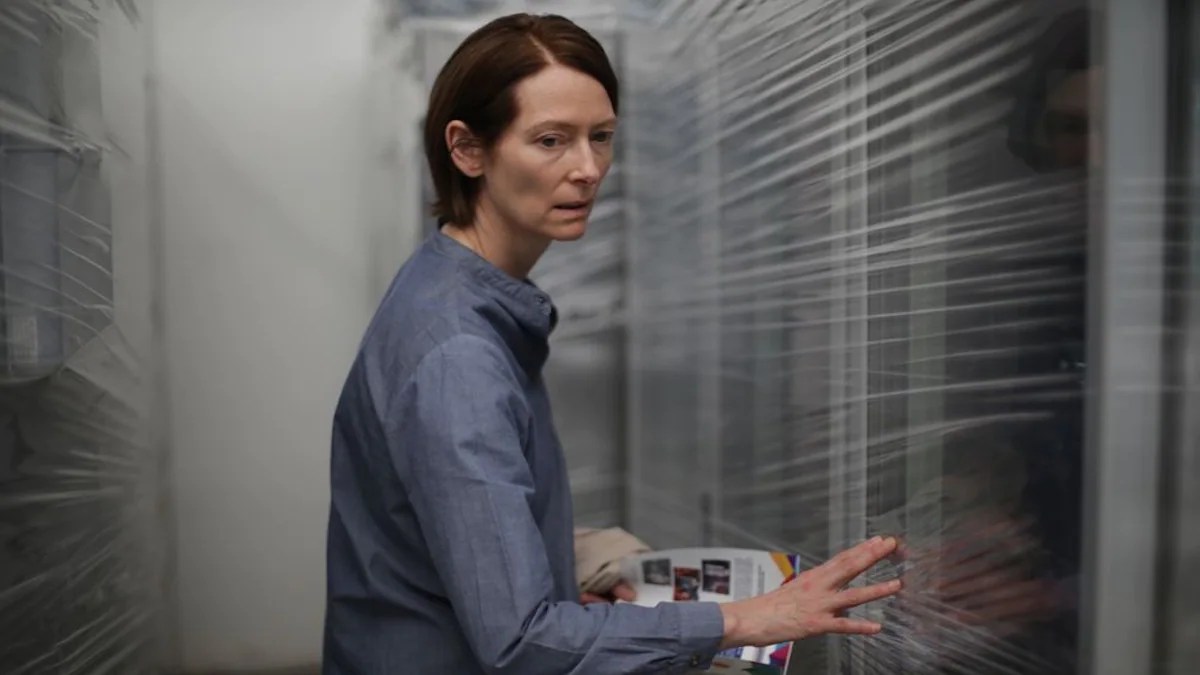 Netflix is backing a few foreign-language contenders. High-profile Silver Lion winner at Venice, “The Hand of God” (December 15) marks a departure from Italian auteur Paolo Sorrentino’s more florid works, such as Oscar-winner “The Great Beauty.” More Cuarón’s “Roma” than Fellini’s “Roma,” this is a personal story set in his cinephile youth in his hometown Naples. 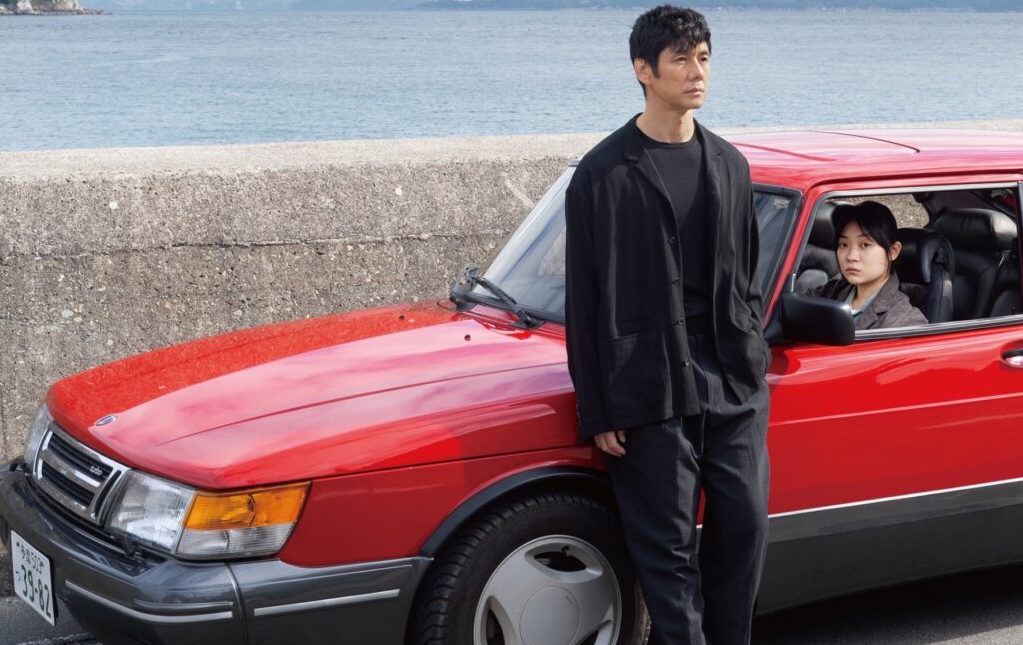 Japan is expected to go with prolific Ryûsuke Hamaguchi’s three-hour Cannes Best Screenplay-winner “Drive My Car” (Sideshow and Janus Films), starring the incomparable Hidetoshi Nishijima as a grief-stricken actor-director in rehearsals for a multi-national stage performance of “Uncle Vanya,” which made a big splash at the NYFF, along with Berlin’s Silver Bear-winner “Wheel of Fortune and Fantasy.” On the other hand, Japan doesn’t always go with the obvious.

One of the few films to be selected by all the major film festivals, from Sundance 2021 through NYFF, is Jonas Poher Rasmussen’s timely Afghanistan immigration documentary “Flee” (Neon), which could benefit from multiple nominations like “Honeyland” and “Collective” if it is submitted by Denmark. Could it also land in the animated feature race? That did not happen for Ari Folman’s “Waltz with Bashir,” nor is it likely to happen this year. But it’s possible. Many, many fans of the film will step up to boost its already robust profile, including Alfonso Cuarón. 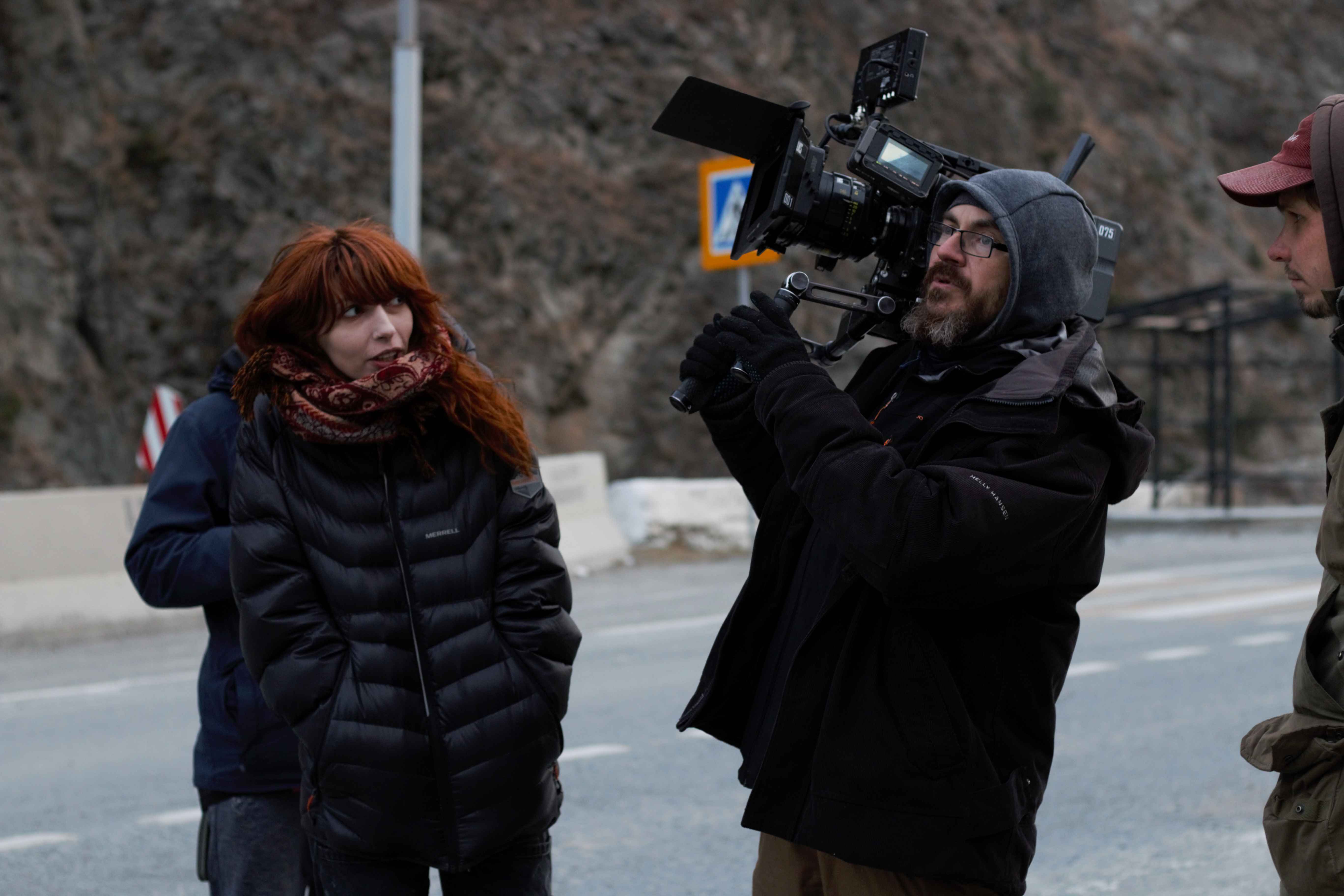 Also on the festival circuit is “Costa Brava,” Lebanese writer-director Mounia Akl’s debut feature, a domestic drama about a couple (Nadine Labaki and Saleh Bakri) whose life is ruined by a garbage landfill. Russia could go with Kira Kovalenko’s “Unclenching the Fists” (Mubi), which won Un Certain Regard at Cannes. Another Cannes winner, for Best Actress Renate Reinsve, is Joachim Trier’s relationship drama “The Worst Person in the World,” a strong candidate for Norway. Also playing Cannes was possible Iceland entry “Lamb” (A24), directed by Valdimar Jóhannsson and starring Noomi Rapace. And also focused on abortion is Cannes Competition entry “Lingui,” from Chad.

Ripped from the headlines is Palestinian political thriller “Huda’s Salon,” from Oscar nominee Hany Abu-Assad (“Paradise Now”), about a woman conscripted by the Israeli secret service. And politically charged is “Let There Be Morning,” Israel’s Ophir-winner (which is always submitted for the Oscar). The producers and director Eran Kolirin are Israeli; the movie is based on a novel by a Palestinian writer. The Palestinian cast protested the film being called Israeli, and stayed away from the Cannes premiere. Kolirin is no stranger to controversy: “The Band’s Visit” was submitted by Israel but disqualified for having too much English.

Hungary went with Péter Bergendy’s post-World war I ghost film “Post Mortem,” about a photographer and a little girl confronting ghosts in a haunted village, which premiered at the Warsaw Film Festival and won Best Cinematography, Best Editing, Best Production Design, and Best Make-Up at the 2021 Hungarian Motion Picture Awards. (Black Mandala will release it in North America and Canada.)

Contenders are listed in alphabetical order. No film will be deemed a frontrunner unless I have seen it.