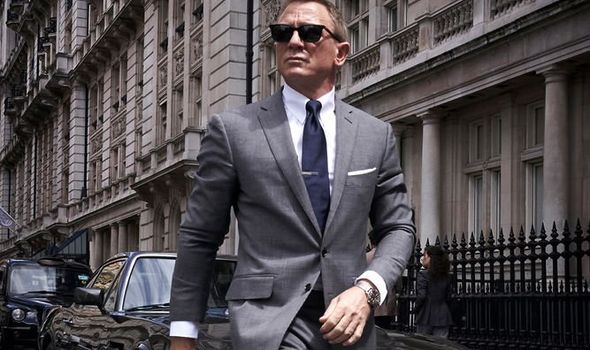 We need a treat after all these months of Covid misery and No Time To Die is just the shot in the arm we deserve. All the Bond elements are there in generous quantities: the handsome hero, worthy adversaries, breathtaking action sequences, an absurd plot, fabulous scenery and great cars – and lots of humour.

This may be the funniest 007 film ever.

Not bad for Bond’s 25th outing.

And ushering in a new #MeToo era, the female characters are properly drawn and essential to the narrative, rather than mere window dressing.

The flesh you see here is far more likely to be Daniel Craig’s than a disrobed “Bond girl”.

Lea Seydoux, Lashana Lynch and Ana de Armas get many of the best lines and most emotional scenes and they don’t waste their opportunities.

You won’t find any spoilers in this review but there are shocks. Big ones.

The huge, excitable crowd at the premiere were stunned into total silence.

What a cinematic experience to be part of an audience of many hundreds, all of us holding our breath and paying rapt attention.

Craig is note-perfect in his final appearance as Bond, finally getting a script that allows him to express his range as an actor, from boiling anger to immaculate comic timing.

Most of all, No Time To Die is a genuine blockbuster, an epic chunk of entertainment that will pack out the cinemas and give us the feeling that life is returning to something like normal.

True Bond fans will enjoy the in-jokes and references to the franchise’s heritage. There’s a touch of Dr No here, a hint of Connery there, some swirly John Barry-type strings in one scene, a corny deadpan one-liner in another. It’s delightful.

If you’ve come for a scintillating story, look away now.

The plot, involving megalomaniacs using biotechnology to control the world, is tough to follow. Not to worry, though, another punch-up is always just around the corner. No superbug can best Bond.

It flags and sags in the middle and the two hours 45 minutes running time is too long.

Also, I found it hard to forgive the use of facial disfigurements to denote evil.

Rami Malek as Safin is hideously scarred. Sure, it’s a plot device, but he’s not the only defaced villain. Can only beautiful people be good?

But it feels churlish to criticise when the opening night crowd was all but cheering from the rafters. If you are one of the thousands of people who have already got their hands on a ticket, you won’t be disappointed.

Prepare yourself for a spectacular night out, an assault on the senses and cinematic escapism of a high order.

Bond is back, cinema is back, and it feels just great.