BBC Breakfast’s Naga Munchetty abruptly ended a conversation with Matt Taylor after she realised he didn’t fit the criteria for her question about fussy eaters. But Charlie Stayt demanded she tell the weather reporter what she was referring to and not leave him in limbo, wondering what she was talking about.

Matt finished his weather update with: “A foggy start to your weekend, best of the sunshine across the northern half of the country.

“But overall, turning cloudy this weekend, turning milder too, and in the west you’ll see some rain at times on Sunday. Not a wash out by any means.

The cameras then crossed back to the studio and Naga said: “Matt, we’re going to look at the papers, I’ve got a question; you’ve got young kids, are they fussy eaters?” 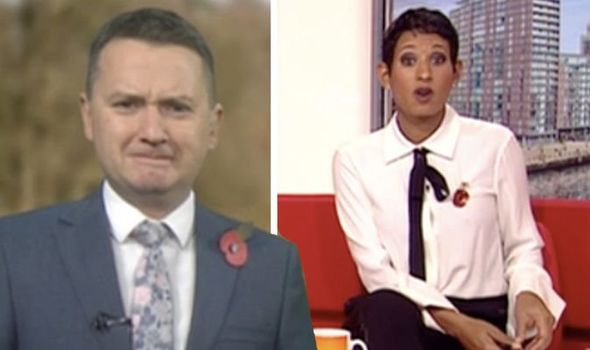 “No, my two they love their food. They’ll eat anything I put down – usually!” he replied.

“You’re either a very, very good cook, or very lucky,” Naga added. “Okay, well it’s not going to work with you, so I’ll say goodbye then.”

Shocked by his co-star’s comment, Charlie interjected: “Are you not going to tell the man what you’re talking about?”

“Matt, I was looking at a piece in the Daily Mail about how to cure a fussy eater and every parent has struggled with this,” she explained. 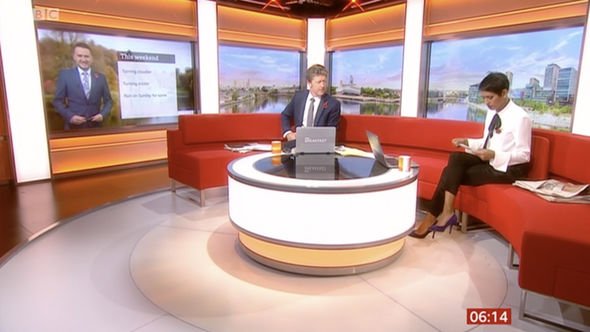 “And Matt, this new technique says it could end dinner table tantrums.

“So this is what you do, as a parent you ask your child, a three-year-old for example, to take a deep breath, close their eyes, put an item such as a green bean in their mouth and eat it slowly, while noting how it tastes and feels in their mouth.

“Then the parent and child should have a discussion about eating the vegetable, or the fruit and the study found, children who ate in a mindful way, for five weeks, liked fruit and veg considerably more afterwards than they did before,” she continued.

“Can we just cut up Matt’s face, because this is how many parents are going to feel about this piece,” Naga stated. 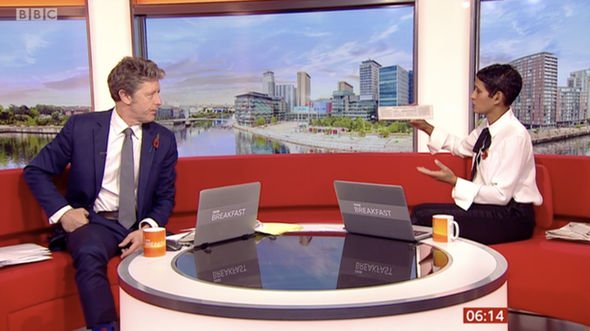 “Mindful eating of all the things to worry about!”

“I usually find telling them there’s no pudding helps! Much, much quicker than that!” the meteorologist exclaimed.

Naga joked: “Yes, you’re not leaving the table until you eat it!”

“Remember that one Matt? ‘Just eat it!’” Charlie asked his co-star.

Matt responded: “I have used that many, many times and will continue to do so.”

Elsewhere in the show, Naga interviewed Nadhim Zahawi about the furlough extension.

BBC Breakfast airs everyday at 6am on BBC One.