Money Heist, also known as La Casa de Papel, will be returning to Netflix in the near future with season five. The crime drama series will continue to track the gang at the Bank of Spain, as the Professor (played by Álvaro Morte) attempts to save them all. Fans are expecting some major casualties in the upcoming season, and they fear Rio’s (Miguel Herrán) end is near.

The fourth season of Money Heist left fans on edge as the villainous Alicia Sierra (Najwa Nimri) caught up with the Professor.

With the gang still trapped at the Bank of Spain, fans began to worry whether they will make it out alive.

There are plenty of theories suggesting what the escape plan may be, and whether Sierra chooses to join forces with the gang.

She was last seen holding the Professor at gunpoint, so viewers can only hope he is able to talk her out of killing him.

Fans are, however, convinced Rio will see his demise in the upcoming season and it could happen during a heroic act. 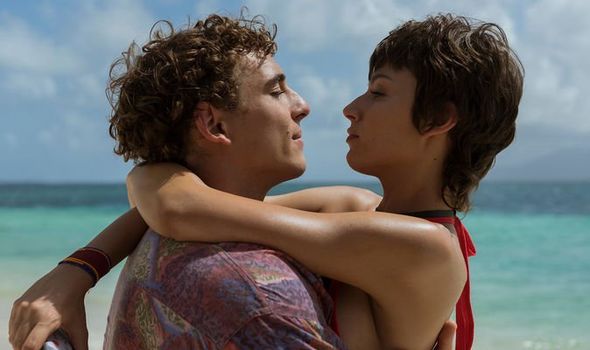 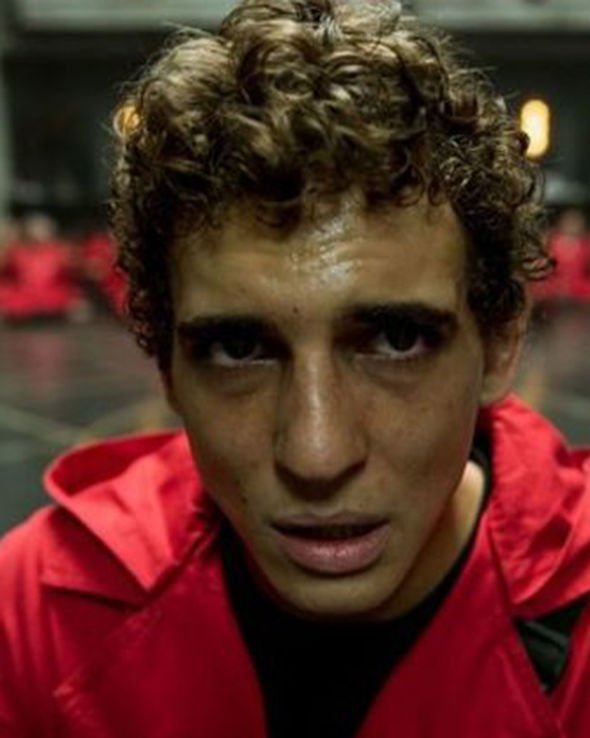 They took to Reddit to share a photo by actor Herran, which showed Rio and Tokyo (Úrsula Corberó) on a beach.

The caption said: “When I grow up I want to be as brave as you my friend”, and Corberó responded with a black heart and dove emoji.

Viewers are adamant either Rio or Tokyo will die in season five, with one saying: “I am really believing the Rio dying this season.”

Another said: “I think Rio will try to save Tokio and dies in the process. I really hope not he went through so much and I’m rooting for him.” [Sic]

There is a general consensus that something huge will happen between the two fan-favourite characters. 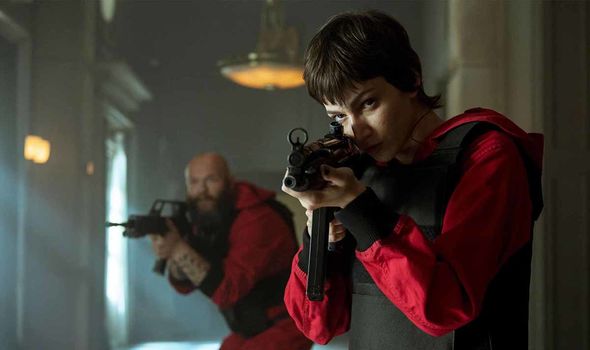 Another viewer said: “I definitely think that something dramatic happens between them… but my tendency is that Tokyo will survive because in my opinion she’s telling hey story during the heist.. we will see.”

Tokyo quickly fell for Rio in the series and she let their relationship get in the way on more than one occasion.

She almost lost Rio when he was shot, and their relationship continues to hang by a thread.

He was later tortured by Sierra and the crew had to come together once more to save him.

Rio is often considered to be the weakest link in the group as, although he is intelligent, he can be naïve. 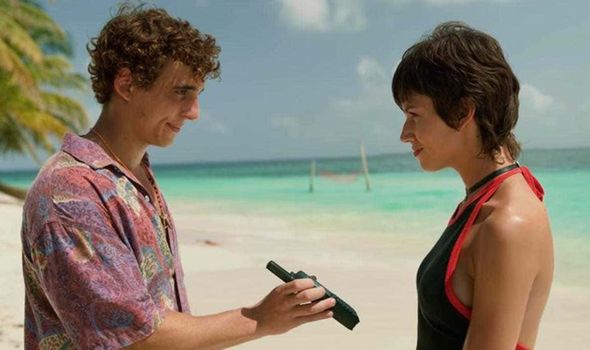 Fans have tried to decipher the actor’s post, saying: “Firstly, it can be Miguel hope when he grows up he wants to be brave as Rio.

“If this true, in my opinion, this means Rio is brave to being with Tokio again?? Because I don’t think Rio will die in the end which depend on photos on S5, showing that they already escaped from the bank.

“Secondly, he hopes when Rio grows up to be brave as Tokio? If this true, I think Tokyo dies in the end….maybe.” [Sic]

Some viewers believe both characters will die at the same time, comparing it to a classic Shakespeare moment.

One said: “Miguel said he wants to be as brave as Rio, not as Tokyo, and both Ursula and him posted a black heart so maybe both die like Romeo and Juliet.”

Another added: “I want both of them to die ala Romeo and Juliet or Bonnie and Clyde. Seems fitting especially they caused this mayhem in S2.”

As Tokyo is the show’s narrator, she is less likely to meet her demise than her lover, Rio.

Yet fans had suggested Corberó finished filming ahead of her fellow cast members, suggesting she may die after all.

This claim has not been confirmed, and so fans can only hope both characters make it through another season.